The final touches were put on a beautifully imperfect art piece in Ocean View yesterday.

The mosaic on the nearly 30m-long wall in Bennett Path, which connects Bennett and Brighton Rds, was created by community members as a means of brightening up the neighbourhood and covering up graffiti.

Vianney Santagati instigated the project a year and a-half ago with Maria Macnee, but it quickly grew to become a project for the wider neighbourhood.

Mrs Santagati and Mrs Macnee advertised the project by putting flyers in letterboxes, bringing a wide variety of people, including local children, to work on the wall.

She has created other mosaics around Dunedin, including a coat of arms at St Margaret's College.

The tiles were sourced through donations, recycling, and discount sales. 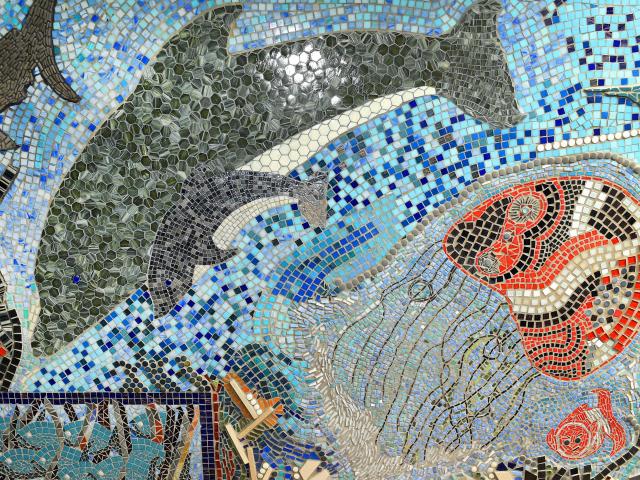 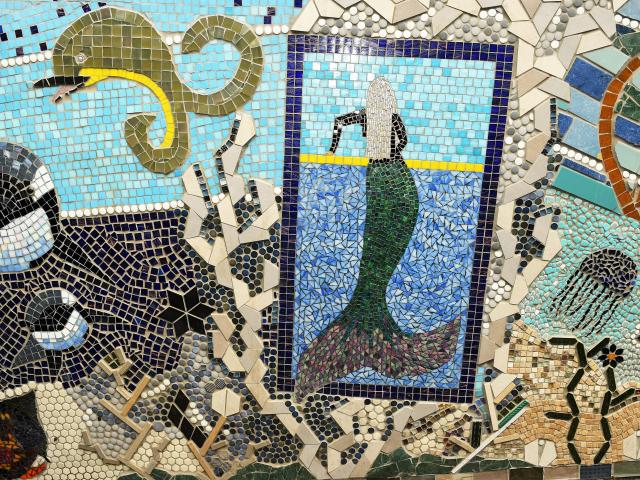 Tile Centre provided some of the tiles and grout for the project.

‘‘A lot of it would have ended up in the skip otherwise.’’

The Dunedin City Council provided a grant to help complete the wall.

Mrs Santagati said the diversity of skills and tastes made the wall unique.

‘‘Nothing has to be perfect, because then it would be a bit boring.’’

I join with my mosaicking wife Helen in congratulating all who contributed to this creation. Well done!