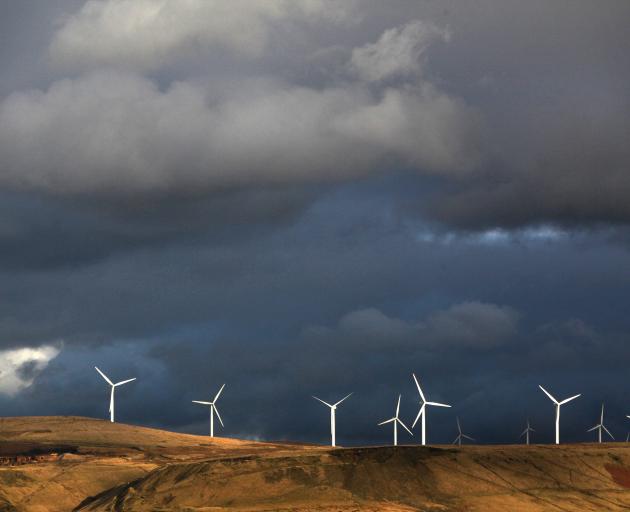 The search is on for practices appropriate for a post-carbon/low-emissions world. PHOTO: GETTY IMAGES
What moral frameworks will we use to shape our future economic models and practices, asks Andrew Shepherd.

An independent commission established under the Zero Carbon Act, the mandate of CCC is to give evidence-based advice to assist the Government to make decisions that help Aotearoa/New Zealand transition to a thriving climate-resilient and low-emissions future. The CCC received more than 10,000 submissions to its report, indicative of the huge public interest.

The report states: "In our vision of the future, Aotearoa has a circular economy and generates very little waste" and recommends "creating a circular, self-sustaining economy".

Yet, there are few examples of what a "circular economy" might mean practically. Also, while the concept of a "circular" and "no-waste" economy is raised it is overshadowed by another phrase: "growth".

The report states three times that "the transition must reduce emissions with pace while allowing the country to continue to grow", and the term "economic growth" appears on three other occasions.

Growing gross domestic product (GDP) — the measurement of the monetary value of all goods and services produced in a country — has been the primary measure of economic performance used internationally since the end of World War 2.

In theory, the concept of a low-emissions "economy of growth" based on sustainable resource use and low consumption is possible. But whether such an economy can be realised within the structures of contemporary capitalism, where the primary goal is maximisation of "profit", is highly questionable.

There is no example of a human economy — past or present — that has been able to "grow" without cheap energy (currently, fossil fuels), enormous increases in resource-use, expanding productivity and output, and exponential growth in levels of consumption.

The prevailing growth-focused economic thinking and behaviour is thus unlikely to assist us in our current predicament. For climate change is simply the loudest canary in a vast, still-expanding coal mine. Human patterns of resource-use and overconsumption are also having a devastating impact on the Earth’s oceans, waterways, wetlands and forests. We are polluting and dismantling our only home.

Anxiety about linear models of economy — "take-make-dispose" — and the measuring of "growth" are not new. A 1972 report, The Limits of Growth, raised concerns about exponential economic and human population growth.

In recent years, the concept of a "circular economy" — the reuse of "waste" materials and energy — has gained support. The CCC report, reflecting on the need of "reducing emissions from landfill", notes the requirement for "measuring and increasing the circularity of the economy".

It is imperative that this recommendation not be limited to the "waste" sector but instead becomes the fundamental principle that shapes the commission’s analytical framework and is embedded into economic models and policy.

Of course, economic theory and behaviour are determined by the cultural values and moral frameworks communities uphold. If the ultimate purpose of human life is accruing wealth to buy "more" possessions and endlessly "better" our material standards of living, then concepts of limitless economic growth are attractive.

But at a deeper level, the vast majority of us realise that this is not the true end of human life. So, what moral frameworks will we use to shape our future economic models and practices?

Commendably, the CCC uses the He Ara Waiora framework in its bid to "understand wellbeing from a matauranga Maori perspective".

Indigenous ways of knowing are crucial as we look for economic models and practices appropriate for a post-carbon/low-emissions world. Alongside matauranga Maori, other cultural narratives and moral frameworks also have valuable contributions to make.

Since the 1960s it has become fashionable in secular Western societies to blame the ecological woes (and other societal problems) on Christianity. Christian faith, it is declared, is an old-fashioned, anti-scientific religion, disinterested in the plight of the world. Such a depiction of Christianity, like all caricatures, is distorted.

Christian faith has many ecological sins to confess. Yet, throughout its history, Christianity has also been an ecologically-friendly faith. The Rule of Saint Benedict, written by a monk in 516, offers a framework for a life of moderation, stability, hospitality, and stewardship.

In the 12th century the Cistercian monastic order practised early forms of restoration ecology and developed methods of sustainable agriculture. And the most well-known "green" Christian? Francis of Assisi. His life in the early 13th century was characterised by a commitment to radical material simplicity and compassionate care of the poor and other creatures. These Christian monastic movements still exist and their principles inspire countless endeavouring to live sustainable lives.

What would happen if our economic models measured and prioritised not "growth" but "circularity"?

What if our economic behaviour focused not on "more" and "better" but was shaped by principles of "moderation", "simplicity" and "limits"?

What if the bottom-line of "profit" was paired with an ethic of "care"?

Drawing upon cultural and faith narratives will be essential for the CCC and communities across the country if we are to find answers to such questions and thus to "create a thriving, climate-resilient and low emissions Aotearoa".

- Dr Andrew Shepherd is a lecturer in theology and public issues within the theology programme at the University of Otago. Environmental and economic issues are central to his research and teaching.

I think the important thing is that we find solutions to the huge problems we are facing from climate change and biodiversity loss regardless of religion, race, culture, heritage, sex or history. Draw on and use whatever inspires you but having identified the problems let's just focus on the present and finding solutions for the sake of ALL life now and in the future.

Nothing will change.
The doctrine of Adam Smith, who masterfully matched human nature with economics, will remain paramount.
Best summarised by the fictional character Gordon Gekko in the movie 'Wall Street' as "That greed, for lack of a better word, is good. Greed is right. Greed works. Greed clarifies, cuts through, and captures the essence of the evolutionary spirit".
Greed is Smith's so called invisible hand that has always moved the market place.
Nothing will change.

It's about moral compass, but the rapacious lack such. 'Nothing will change' is a bit fatalist.