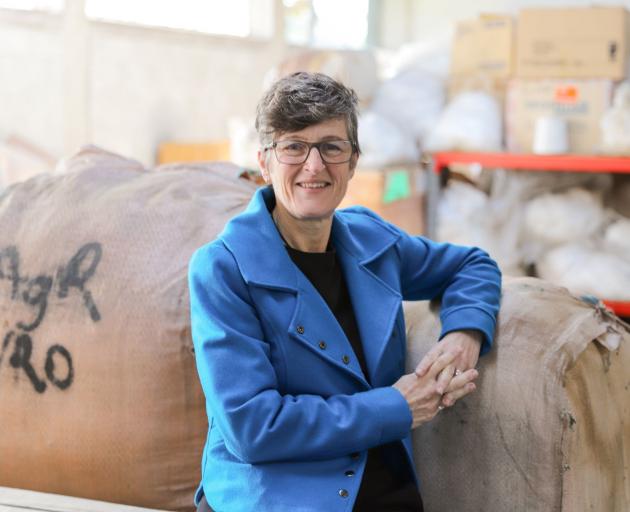 Dr Bidrose, of Christchurch, said the time had gone fast and it had been "a delight".

Before taking on the role, she was the Dunedin City Council chief executive for 10 years.

The difference between the two roles was the Crown Research Institute was "driven by a need to do great science" and improve the efficiency and reduce the environmental footprint of the agri-food and agri-tech sectors.

"So you’re always on the good side of the story — which is kind of nice. That’s not always true at council."

AgResearch faced financial challenges so the council experience had been "very handy to bring to the table to get to a position — like I did at the council — to pay our bills and not be incurring debt".

In a chief executive role at both organisations, about 80% of the job was to motivate staff, to help them be happy in their work, deliver great results and be clear on the purpose of the organisation.

Her first tertiary qualification was in biochemistry, microbiology and statistics and she went on to get a PhD in psychology.

Her first job out of school was as a laboratory technician working on projects including testing for heavy metal residues in agricultural products.

"Science and having an evidence base for good decisions has driven my entire career and I absolutely love being surrounded by scientists."

"The latest generation has 7% lower methane emissions in their belching than the one before."

AgResearch spends about $150million a year.

About a third of the money comes from Government, a third from industry and a third from other sources, such as contestable funding.

Farmers were paying for the science to make improvements such as better animal welfare, controlling nitrate runoff and reducing methane emissions.

"There is a huge effort going in."

AgResearch ran farms across New Zealand for research and some parts of them returned a profit, she said.

AgResearch had four campuses — Ruakura in Waikato, Grasslands near Palmerston North, Lincoln in Canterbury and Invermay in Mosgiel.

She had a "soft spot" for Invermay.

Discussions about growing the capacity of Invermay were "under way".

AgResearch employed about 700 people and 550 of them were doing science.

The "extraordinary" scientists "fizzed with excitement about what they do" and the positive impact their work had on farm, such as reducing nitrogen leaching and methane emissions, developing more resilient pasture and efficient methods of eradicating weeds.

"You name it, my scientists are doing it."

that is Awesome however NZ should be a law to make Bidrose come back and explain the 35 million short fall in roading maintenance that was part of her watch. if it was Joe Bloggs who worked for a company spending excess coin on a meal with a company Credit Card answers would be sought,

It's the putting right that counts. ORFU might be able to contribute to the Stadium.

Or of course we can can always ask China if they will manufacture NZ some emissions free Electric Sheep (ES) for us!