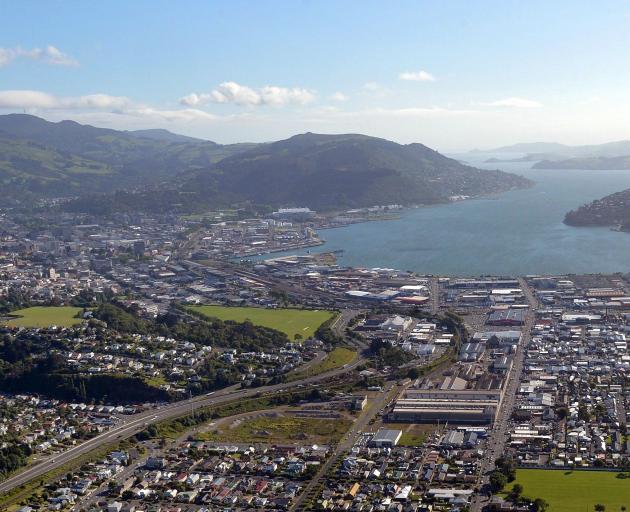 The mayor said the city had become confident in itself and he had been worried Covid-19 would put this at risk, but Dunedin had so far come through that challenge "in a way that hasn't pushed us off course".

Council debt is budgeted to triple in the next 10 years and much of it is to pay for roading and increased capital spending for water, wastewater and stormwater systems.

Cr Doug Hall said the council had to catch up on spending it should have undertaken in the past 10 years.

Cr Andrew Whiley said he was on the losing side of many votes about spending, but the 10-year budget reflected the priorities of councillors who residents had voted for.

He backed the infrastructure spend as part of the overall package.

"Infrastructure is the big winner in this budget," Cr Whiley said. 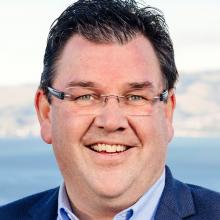 Andrew Whiley
Veteran councillor Chris Staynes said it was the best 10-year plan he had been part of and a vast number of people had talked to the council.

"This plan reflects most of what those people were saying to us."

Key elements of the 10-year plan include a decision to subsidise community housing with rates, a rubbish and recycling collection revamp, a proposal to develop a performing arts venue and a transport package designed to offset traffic disruption associated with building of the new Dunedin Hospital.

Cr Lee Vandervis, who voted against adoption of the 10-year plan, said it was fundamentally unsustainable.

"We can't afford it, especially with the amount of debt we're raising."

Cr Jim O'Malley said projected debt was not out of line with cities of Dunedin's size.

Deputy mayor Christine Garey said the council had proposed a progressive plan, it had listened to the community and meeting challenges associated with climate change was at the heart of it.

Cr Rachel Elder said a 9.8% rates increase was a scary prospect for people on fixed incomes.

Ratepayers had access to some support, including a rates rebate scheme, she said.

Cr Mike Lord said councillors who spoke against the extent of the rates increase had not moved motions that would have significantly altered that increase.

Crs Carmen Houlahan, Vandervis, and Jules Radich voted against setting the rates for 2021-22.

They also voted against adoption of the 10-year plan.

Cr Houlahan voted for approving the 10-year plan, but against adopting it.

Classic, so if the poor have access to support to cover the increased rates, who pays for that? Any business that has projected debt to increase three-fold over 10 years is doomed to fail. Sadly, this council has no business expertise or understanding. Each department should have a business case and business plan. Be afraid if the councillors and management tell you the 10-year plan is the business plan. It is not.

You can see how the DCC compares with other councils at https://www.ratepayersreport.nz
I find the number of staff being paid big bucks of particular interest.

Now let's see this work carried out in a prompt, proper and efficient manner without doubling up due to poor planning and workmanship. Ratepayers aren't a cash cow; stick to the budget - and that also applies to the contractors and companies doing the work. Take some pride in the city and its citizens. Council contract infrastructure managers need to step up and monitor the work done. This is huge debt, it can't be spent carelessly.

Remember when there were engineers? Now we have "consultants". That's a nice way of saying half-assed, twice the cost, lame work and no responsibility. Poor quality scope, no engineering skills and a lack of imagination is why we have poor outcomes.

A sign of the inbound inflationary issue that can not be stopped. Currently Dunedin (& the rest of NZ) has a massive shortage of tradesmen, and with the big budget jobs starting we will see sizeable incentives to get feet on the ground to do these jobs adding to inflation and huge budget blowouts as we always see with Labour.
Vandervis voted against... Business as usual, while offering no alternative. The easiest job in the world is criticising others. Hopefully he doesn't run in the next election due to his age, but I'm sure he'll want to continue just to get his jollies by upsetting others.

Vandervis does offer alternatives not just criticizes, there was a full ODT article dedicated to this a week ago.

Of course he will run for mayor, he would be a winner of previous elections if not DCCs questionable STV system.

You''ve just criticised Cr Vandervis, so you are hoisted by your own petard. Furthermore, solutions begin with criticism, and Cr Vandervis is correct in stating that this insane rates increase cannot be sustained. That, in itself, is a solution; the ten-year plan should have implemented 0% rates increase and DCC staff (starting with the mayor) should have taken 10% wage cut. Chew on that in the next ten years.

"The easiest job in the world is criticising others" then what is this if not criticizing? "Vandervis voted against... Business as usual" c'mon man.....

Why bother with a 10 year plan? The can't stick to a single year of any 1 year plan. They sqonder money willy nilly on whatever shiney thing that floats their boat. Why publish articles like this because it's a pipe dream. God willing all of these losers will be voted out of office before they do anymore damage to the city!

And replaced by who? 15 Lee Vandevis's? God help us.