Dunedin City councillors gave near universal backing for the concept of a rainbow pedestrian crossing in the city yesterday. 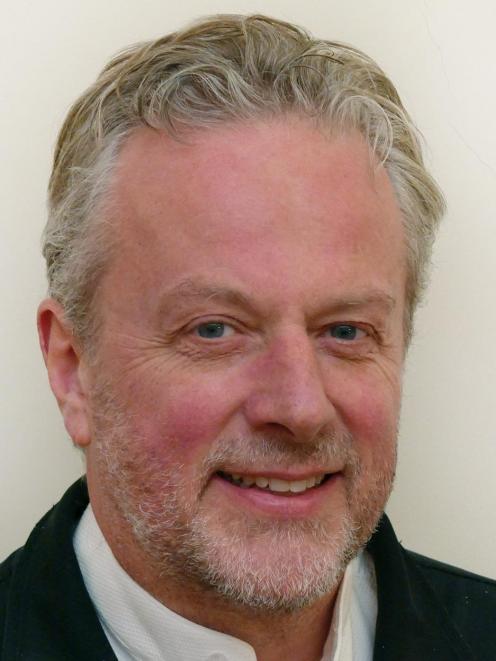 Councillor Lee Vandervis. Photo: ODT files
At a meeting of the planning and environment committee, councillors voted 13 to one to approve inserting the concept into the centre city plan, Cr Lee Vandervis being the sole dissenting voice.

Cr Mike Lord was absent and sent an apology.

He had questioned the cultural and artistic merits of the project, and said the concept was not an original one as rainbow crossings existed in other cities. He said it was ‘‘quite seriously a piece of ridiculous PC virtue signalling’’.

Cr Jim O’Malley agreed a rainbow crossing was virtue signalling but only from the point of view that it sent a signal of support for the LGBTQ community, and it was virtuous to send such a signal.

Cr Steve Walker said calling the crossing unoriginal was a weak argument against its creation and rainbow crossings in other cities had been bright, welcoming and modern additions that had become tourist attractions.

Cr Christine Garey said statistics around mental health issues in the LGBTQ community made supporting the crossing a ‘‘no-brainer’’ and she was proud to be part of a council that predominantly supported being a welcoming city.

She said Cr Vandervis’ comments were ‘‘offensive and embarrassing in 2021 in our city’’.

The final location for the crossing has not been decided, but yesterday’s decision confirms it will be placed in either the city’s cultural and entertainment quarter or its creative quarter, as defined by the council’s centre city plan.

As a pensioner on a fixed income I can think of no better way for DCC to spend my rates.

This is an excellent plan. We could have a crossing that virtuously supports every marginalised group — a woolly one for sheep, a pink one for pigs, an egg-shaped one for chickens, a needle-shaped one for vax-refuseniks, a dinosaur one for stale pale males...

Cr Vandervis appears to be the only sane voice at DCC. PC gone mad, sending ratepayers money pandering to minority activists. How about putting a nice statue of the Buddha or Jesus in the Octagon. People who believe in these things are equally deserving of being supported and pandered to.

That's a strange hill to die on. This isn't large organizations changing their logo to rainbow colours in Pride month, then changing them back once it's no longer palatable or profitable (actual virtue signalling) - this is building something into the town to support a community. Unsurprising he has this take, but a little disappointed.

This is not a good idea at all. The Road Code signs for a pedestrian crossing are alternating black and white stripes of specifically regulated dimensions (the principal indication), and a supporting sign, an orange circle (possibly illuminated). The idea is that these signs are clear and all road users have a common understanding of them. If they don’t, then there’s a good chance the pedestrian will die.

So let’s look at a quick case study. A pedestrian on the sidewalk in Stuart Street sees the rainbow and interpret it as a signal to cross. They then step out into the street without hesitating or looking, as many do. At the same time a motorist driving down Stuart Street sees the rainbow, but interprets it as a socio-political statement rather than an instruction (a fair call as that is its common use). They continue as normal – until the pedestrian steps out….

Oh dear! Who is responsible? Not the dead pedestrian, as they were invited to interpret this meaningless sign as a crossing – Not the traumatised motorist, because this sign is meaningless as a road instruction….No, the Councillors who voted to put it there would surely be the ones guilty of manslaughter.

Yes - it seems our DCC geniuses have overlooked a basic safety and possible legal issue concerning this proposed crossing. It's not the only road safety issue they ignore. In the case of cycle/walkways, they ignore NZTA rules that require cyclists not to ride on paths. They do this be changing the name of the path to “shared path”. I am not sure how changing the name results in an NZTA unsafe path magically becoming safe? No doubt this bunch is already seeking a legal opinion at a cost of thousands of dollars to ratepayers. It is amazing that this council wastes so much time and money on trivia and continues to get away with it. Maybe we should organise a city-wide rates strike?

Rob 100% agree with your statement; this was lost a few years ago when the DCC painted 3D crossings at $120,000 of ratepayers' coin.

The modern day has no rules - we all need to bend over and roll over to a few who think they have been hard done by.

And yes, I'm a believer in letting people be themselves, who they want to be - as long as they are not hurting or doing anything against the law. But things are getting pathetic - just like the leaders. If Dunedin was flush with a lot of coin, it would not be such a hurt - especially when other more important things can be done. They should fundraise for the crossing.

Enough of the Vandervis disruptions. The guy is against anything & everything.
Todate Lee Vandervis has archived less than NOTHING in his time as a Councilor, his consistent complaining / reviews into different issues has cost the tax payer well over $100,000 and nothing has been unheld.
We live in an inclusive world that is a better place than before, celebrating that is a good thing, it is progress 'V' stagnation in the past.
Dunedin is a progressive City but there is a certain element lead by Vandervis that want to stay in the past.
If Lee was to be taken seriously he would need to work with others instead of against them and deliver a project that he thinks is meaningful / a step in the right direction instead of being a dinosaur from the old system throwing his toys out of the cot.

What Vandervis has cost the RATEPAYERS is minor compared with the wilful waste of money this council is so good at throwing down the drain - or more accurately, painting on the roads. He is consistently the one Councillor standing up for the majority of ratepayers and calling out PC nonsense.

You seem to be under the erroneous assumption that the mayor or anybody else on the DCC has done ANYTHING. I can't name a single thing any have done that's beneficial to the people of Dunedin. I personally think they all should follow the lead of (ORC's) Marian Hobbs and resign.

Lee once again comes up with it: TRUTH! Keep going Lee!

Is this going to cost the ratepayer the same obsurd amount the blue dots did on our main street. Cl vandervis appears to be the only sane councilor in Dunedin. Fire the lot I say for wasting rate payers money!

The underlying question really must be, why? What is special about this over represented group? We would be better spending the money (and much more) on better facilities for the disabled or the elderly. It does seem that only Cr Vandervis has any common sense.

Ah but there is the rub. It takes some research, but a high proportion of lgbtqi people also happen to be greens supporters. So for the greens councilors this is not a small minority, it is a powerful bloc of their supporters. Spending to support your supporters is just good old fashioned political pork barreling. So long as you are spending someone elses money its all ok.

I'm certainly not homophobic, but I can't see any point to this at all. I would have thought that there were good safety reasons not to confuse people by varying statutory colours on crossings and road signs. In fact, is it even legal to do so?

Just put the rainbow on the DCC building in full view of the Octagon, and if you like, when it comes to recoat time for all the seating, bus shelters and rubbish bins....paint them whatever colour of the rainbow you choose.
Pedestrian markings, as Rod has clearly defined and explained, are there for a very good reason. SAFETY!
There are some real thinkers on the DCC. They go on and on about regulations, yet fly in the face of Road Code standards of safety! Yes, this is just 'virtue signalling' without thought for consequences and liabilities.
Good on you Lee.

Why stop there? As owners of the airport I'm sure they can arrange to paint a rainbow down the runway. I'm sure the CAA will be good sports and turn a blind eye if it contravenes any aviation rules.

They need to think over the design carefully. if it will look like reverse-ordered rainbow colors from the other side of the road, someone might be offended.

In view of this claim: "Cr Christine Garey said statistics around mental health issues in the LGBTQ community made supporting the crossing a ‘‘no-brainer’’ " and to demonstrate precisely where no-brainers are located, I am sure Dunedin GPs and mental health services have designed a study on their LGBTQ patients and increase/decrease in new referrals.
The emotive assertion is easy to make. Before indulging in an outbreak of non-traditional road crossing decor to address the mental health of other sectors of society some research needs to be done. Or would that risk Cr Vandervis being revealed as Dunedin Council's iconoclast who dared to say "The Emperor's in the altogether!"
By the way, whatever happened with the previous arty pedestrian crossings?
https://www.otago.ac.nz/otagobulletin/news/otago635911.html
Is the rainbow crossing an extension of that experiment with novelty in place of safe standard crossings? "Ms Filep says these two crossings are a trial, and if they are well received the Council will consult with the community about painting more 3D crossings around the city"