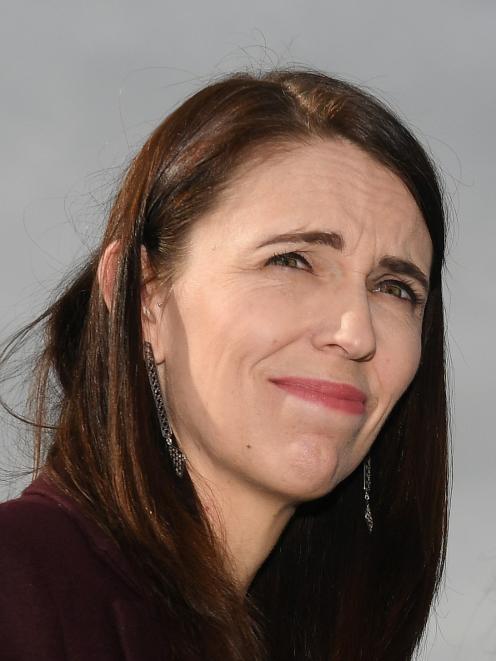 Jacinda Ardern
A huge question for New Zealand and New Zealanders as 2021 winds down is the future of house prices.

They have skyrocketed — up 40% since March 2020 when the country shut for the first Covid lockdown. That is insane and has seriously damaged society and cohesion.

This country was already “unaffordable”. Now, it is ridiculously so.

Swathes of the populace are excluded from owning their own home — this traditional anchor, this place of one’s own, this stake in the community.

Unless you are from the business, managerial and specialist elites or unless you have the “bank of mum and dad” behind you, how can deposits of $200,000 or more be saved?

Maybe, there is a basic home to be had on the West Coast. But, although off a low base, median prices there rose $100,000 in the past year.

Housing for years has been a “one-way” bet. There were hiccups about 2000 and Auckland and Queenstown Lakes saw dips about 2009 and the global financial crises. These, however, were just hiccups in the onward and upward trajectory.

Remember when Labour accused National of ignoring the housing “crisis”. The crisis under Prime Minister Jacinda Ardern has become a whole lot worse.

This will be seen as a standout Government failure when history passes its judgement. Whatever else is achieved in alleviating inequity and child poverty has been more than swallowed up in house prices, rent rises and housing shortages.

The public, sensibly, ignored the claims of successive Reserve Bank governors and others that house investments were not necessarily the best means for individual financial security.

The Government and the bank since Covid have been working to keep interest rates low and ease the borrowing of tens of billions of dollars.

They succeeded in the short-term contributing to shore up demand, lower already low unemployment and run the economy on hot.

The bank and some commentators have also repeatedly called time on the surging prices. Maybe, finally, they could be correct.

Interest rates are rising, houses and apartments are being built at rates not seen for many a year and it is possible hordes of New Zealanders could leave for wealthier Australian pastures or delayed overseas experience.

For the first time, too, Ms Ardern this week said she wanted to see house prices fall back. She stressed she did not want to see the market collapse.

Even such moderate — and belated — comments could help clear the way for an overdue correction.

Labour and the Reserve Bank have pulled various levers on overseas buyers, investors and deposit rules. None has slowed the runaway horses.

Labour and National have recently joined to promote laws to force councils in several major cities to allow denser housing. Even watered down, that might help “cool” the market.

Several institutions this week have been predicting a slowdown, perhaps with prices easing in the second half of next year.

But who would know? So many other forecasts have been wrong.

What we do know is that seven of the top 10 house prices in Dunedin in the past year topped $2 million. The median value in Wanaka was a mere $1,647,900 and Arrowtown $1,902,050. These figures are scarcely believable.

One recent poll put housing as the number one concern for New Zealanders.

A house price correction — and they can and do happen around the world — would be merciless on late-coming first-home buyers. They would, in effect, lose their hard-saved deposits on substantial falls.

A significant correction would also jolt spending confidence and the economy. That could become ugly.

Flat prices for even several years, however, are never going to be enough to reverse the trend of increasingly unaffordable places to live and the divisions in society that that promotes.

Such Op calls for a byline.
This is down to Jacinda? More down to the Market. Intervention leaves homeowners with less equity.

Property ownership as the anchor of Civil Society is a somewhat fanciful concept. Homelessness is the problem.

Once Leader Jacinda has her way no one will own a home anyway. We will be mandated to rent from a housing entity.