A clutch of government agencies must do some serious soul searching about their inaction over concerns raised about work practices and the treatment of children at the Gloriavale Christian Community.

This week, the Employment Court chief judge Christina Inglis found that three former members of the West Coast community had been employees from the age of 6 until they left the organisation as young men. The three men had challenged the Labour Inspectorate’s conclusion, after carrying out a desktop review of the community in 2017 and an investigation in 2020-21, that residents were volunteers not employees and therefore not protected by New Zealand’s employment laws.

udge Inglis said loud alarm bells ought to have been ringing from even a cursory reading of the community’s "What We Believe" document and other documents seen by Labour inspectors because they made it clear where the power lay; "that the leadership group holds absolute power and control, including in relation to work, and that members of the Community submit to the leaders; and that members were not to report concerns to external agencies".

The work children were required to do could not be classified as chores which might normally be required of a child by their caregiver. The court found each of the plaintiffs were subjected to rigorous, sometimes violent, supervision in their work.

If they were not working hard enough or fast enough, they were hit, and one plaintiff gave evidence of being struck six times with a shovel handle, leaving bruising.

There were also instances of children being denied food and publicly shamed if they were not considered to be working hard enough.

Disobedience could also result in being berated for hours by a leadership group called the Shepherds and Servants. The Labour inspectors involved in the case suggested slave-like working conditions would not be a matter for them, but rather something for WorkSafe or the police to address, but Judge Inglis said the fact the criminal law provided a regime for those dealing in slaves or forced labour did not mean the employment jurisdiction had no role to play. The Labour Inspectorate is not alone in having questions to answer.

Gloriavale Christian Community. Photo: Greymouth Star
Among the other agencies is the Education Review Office, which apparently gave its blessing to what was termed a work experience programme (when the children were 15 and still legally required to be at school) but was really the transition into full time work in the Gloriavale businesses.

Judge Inglis said ERO’s satisfaction with the programme must be viewed with significant caution. Police have said they will be interviewing a significant number of people identified in relation to child employment issues and would also be working with partner agencies.

But why has it taken this long for some sort of joint action? Concerns about what goes on in this closed community have been aired in various parts of the media for years.

Have Oranga Tamariki, WorkSafe and the Inland Revenue Department acted appropriately, or at all, and have any of the agencies which should have had an interest in what was happening there been properly communicating with each other over any concerns? Judge Inglis said "the fact that work practices take place within a religious community with a particular view on how it should operate, and the principles under which it will function, does not mean those work practices are beyond the reach of the law".

Nor did it mean that such communities should escape close scrutiny by those with statutory authority to determine what the reality of the situation was, and how it sat with the relevant regulatory framework. While the judge was referring to the employment jurisdiction, the essence of that message should be heard loud and clear by any other agencies which might be tempted to turn a blind eye to what happens in such organisations. 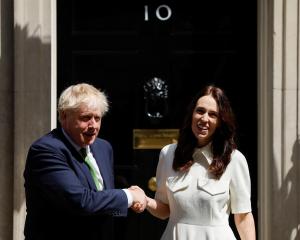 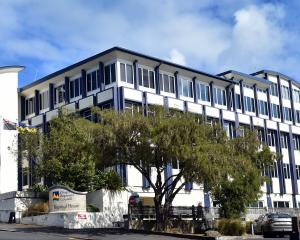 So slaves were defined as "volunteers". The handling of these cases has been almost as disgusting as the crimes themselves. SHAME.