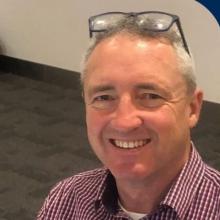 Phil Shaw
An aviation expert is confident the Dunedin City Council can keep gulls away from its planned landfill south of the city.

The hearing on the the council’s Smooth Hill landfill application begins this week and will feature competing experts presenting evidence before independent commissioners in Dunedin over seven days.

Questions about consultation, effects on the environment and proximity to Dunedin Airport, just 4.5km away, have been raised about the proposal.

A very high risk to aviation safety and uncertainty about the degree that wetland habitat could be affected were highlighted as issues in a report by a consultant for the Otago Regional Council, who recommended the application by the city council be refused.

Now, in a signed statement of evidence, Avisure managing director Phil Shaw said without mitigation the Smooth Hill landfill would present an unacceptable risk to aviation.

Globally, in both civil and military aviation, there had been 581 human deaths and 657 aircraft losses caused by wildlife strikes, most of those within the past 30 years, Mr Shaw said.

Minor strikes that resulted in no damage could also reduce engine performance, cause concern among aircrew and add to airline operating costs through aborted procedures, delay and unscheduled maintenance checks.

However, Mr Shaw, who is the city council’s bird-strike specialist, said that plans to keep food waste out of the landfill and proactively manage black-backed gulls at Smooth Hill and Green Island landfill ahead of its closure could reduce the overall risk of bird strike for the airport.

On its own, the city council’s decision to remove food from the waste stream to enter the landfill relieved many concerns about the Smooth Hill application, Mr Shaw said.

If implemented well, the landfill’s bird management plan along with appropriate management at the existing Green Island landfill and at black-backed gull breeding sites could result in an overall reduction in aviation risk, because the region’s black-backed gull population "should be diminished significantly", he said.

Dunedin Airport chief executive Richard Roberts, one of five airport representatives due to speak this week, said because the airport was a city council-controlled organisation it was difficult to oppose a public infrastructure project being advanced by it.The airport would have opposed the landfill location from the outset if the city’s plans had been known, but the airport only learned about Smooth Hill in 2019, Mr Roberts said.

Since then it had consistently made its concerns about the site known to the city council, he said.

In recent months, since the involvement of Mr Shaw at the airport’s request, "considerable progress has been made", Mr Roberts said.

For the reasons that Mr Shaw explained, the airport sought "the complete exclusion of material" that might attract birds to the site.

"The proposal set out in the evidence has not yet reached that point," Mr Roberts said.

Planz Consultants associate Matt Bonis, who submitted for the airport, noted the airport was nationally and regionally significant infrastructure, and as such regional council policy indicated a need to "avoid" establishing things that would compromise its operation.

The initial site selection process in the 1990s had failed
to adequately recognise the role of Dunedin Airport and bird-strike risks, Mr Bonis said.

"Subsequently, there is a concerted effort to ‘shoehorn’ a mitigation package to a poorly selected site," he said.

"That mitigation package is complex and requires a concerted and effective approach over the 40-year period of the facility."

Any failures in compliance could result in a significant effect on airport operations, he said.

In her evidence city council chief executive Sandy Graham said a "robust decision-making process" over three decades led to the proposal for the class 1 landfill.

Highly relevant at present was the "four bins plus one" waste collection system planned for the city, which would result in most organic waste being removed from the waste taken to Smooth Hill, she said.

A regional council spokesman said the commissioners would visit the proposed site today and the hearing at the Dunedin Centre would begin tomorrow.

Speakers for the city council would present until noon on Thursday.

The hearing would run until May 25, he said.

Dunedin airport only became aware of the Smooth Hill landfill plans in 2019? Really? I first heard about them in the 1990s, if I recall correctly. There was at least one story, possibly more, in the ODT at the time the land was obtained - that's how I knew about it. Again if I recall correctly, the council did a land swap deal with a prominent contracting company. The ODT reported at the time that the council had obtained the land with the view that it would be used as a future landfill site. This was 20-30 years ago and the airport only heard about it in 2019? Perhaps the ODT could have a dig in its records and find a precise date for the reporting of the procurement of the land. If the airport had raised concerns earlier, perhaps we wouldn't be faced with this problem now. But, as the airport boss says, being council-controlled perhaps limits what the airport can say about council plans. What a mess.