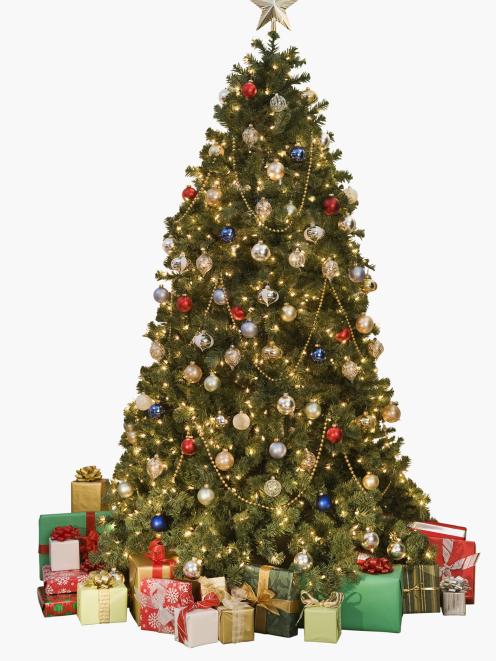 It's that time of the year again. The frustrating frenzy of present buying, the shambles of party planning, emotional and fractious family reunions all culminating in nervous breakdowns in plague proportions.

Not what the three wise men had in mind all those years ago, but that's how Christmas is these days and we're stuck with it.

There's no escape unless you plan a trip to North Korea where December 25 is just another bomb-making day. However, December 24 is a public holiday to commemorate the birth of Kim Jong-suk, the mother of Kim Jong-il. He was the father of the present beloved leader, Kim Jong-un, who celebrates the birth of his grandmother by carrying out missile and nuclear tests. All rather different from the Kiwi Christmas enjoyed by our own beloved leader Jacinda who, we are told, has asked Santa for ``just one day without Winston, please''.

Here in the country it's all much less complicated. A Christmas tree is first on the list and among the thousands of wilding pines around Naseby you'll find just what you need. And free! Nothing compares with the thrill of the hunt as you stalk your tree in the Maniototo foothills, axe at the ready, and binoculars scanning the landscape for a likely victim. That's what the three wise men had in mind, I'm sure.

Not so simple in town, though, unless you decide to buy a tree. And help is at hand for the townies. A full-page magazine advertisement leapt out at me last week. ``Bring home the first and ONLY Snow Globe Tree,'' it shrieked. The ``snow globe'' was a flash version of those little plastic things you shake and cause white stuff to whirl around in a snow storm effect. You don't have to shake the 55cm tree which sits atop the globe to get your snowfall effect, either. ``Features a continuous flurry of snowflakes in the glass globe,'' enthuses the ad. Inside the globe is a ``festive scene in 3-D'' featuring the usual suspects, a snow-covered house with festive decorations, a snow man and carol singers.

All this smacks of an American marketing push and, sure enough, the ad entices us with copy quite alien to the Kiwi Christmas, ``lights, music and art brighten your festive season. When the snow begins to fall, melodies fill the air and lights brighten our homes''. The people pushing this singing Christmas tree are obviously American and can't be bothered to write new copy for their potential customers in the southern hemisphere.

Sure enough, they turn out to be a firm which ``produces and markets collectible goods'' and they've been doing it since 1973. Like the crowd that closed Cadbury in Dunedin, the singing Christmas tree people are based in Chicago but their interests are broad. A Lady Di commemorative coin is being marketed right now. It's not really a coin as it appears not to be from any particular country but Lady Di is hot so the ``coin'' should sell. The All Blacks are on the list! You can buy a ``Spirit of the All Blacks Watch'' or ``Spirit of the All Blacks Ring''. You could be the first in the street with a ring engraved ``Est. 1905 All Heart, All Pride, All Blacks''. Only $199.95, same price as the rings for each of the NRL rugby league sides.

But the race is on to be first to have a singing Christmas tree. It must have been around for a while as the artist who created it died in 2012. He was Thomas Kinkade who called himself a ``painter of light'' and who specialised in sun-dappled meadows and charming cottages with glowing windows. Such artistry brought him in about $50million in the last decade of his life so your singing Christmas tree could be a wise investment.

It puts my Christmas tree to shame. Not one of the pines around Naseby has ever burst into song, or at least not while I've been nearby. But wait! There's more! ``LED lights lend a festive glow and a lighted golden star at the top radiates with its own built in light.'' Amazingly, the whole contraption has a 365-day guarantee. So if you buy one now your guarantee runs out just when it's time to buy the next Christmas gizmo from Chicago in 2018. A singing reindeer with a red light nose, perhaps?

Sales of the singing Christmas tree are reported as slow in North Korea where the Singing Nuclear Missile is doing well. In New Zealand the $299.95 (not $300!) price tag is seen as a consumer turn off, while the Snow Globe Tree churning out old favourites like Deck the Halls and Jingle Bells in an American accent has been the subject of a mental health warning from our own Ministry of Health.

Just when you've got it cornered, the tree ups and buggers off..ask Armstrong.. It's his Disappearing Gum.