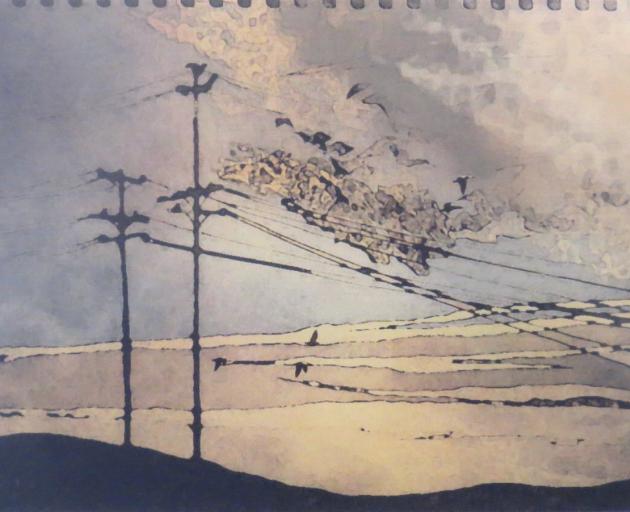 Barry Cleavin is celebrating 80 years on the planet with a large exhibition of prints at Brett McDowell Gallery.

The exhibition is, in the artist's words, a dictionary or encyclopedia, with 80 ''mitigating factor'' prints, each of which forms a chapter. There is plenty of whimsical humour on display, alongside an occasional gleefully macabre touch. Just as often, though, the works are delightful gentle observations of the sky, land, and open spaces of Otago Peninsula.

Several of the mitigating factors are portraits, featuring creative forces whom the artist has been inspired by, notably Latin American writer Jorge Luis Borges and Indian musician Mohindar Dhillon. The death of Dhillon, a friend of Cleavin's, earlier this year has prompted the dedication of this exhibition to him.

Alongside the main display is a shorter series of more serious woodcuts, the ''Oncology Suite'', in which the artist exorcises his recent brush with cancer by depicting the disease as a battle between two evenly-matched foes.

As is always the case with Cleavin's work, the technical skills on display are very strong. Several of the works, such as the Allan's Beach Incident pieces, combine hard-edged backgrounds with soft blurs of form seemingly superimposed over them. This is not only aesthetically pleasing, but is an impressive display of the printer's talents.

In ''Vision'', Karen Baddock presents a series of bird and insect portraits which illustrate her fine ability at capturing the life spirit of these creatures.

Several native species of bird - along with a couple of bumble bees - are depicted in meticulously painted oils and in fine graphite work. The subjects are not gaudily or flashily presented, but are imbued with an inner nobility. Presented against a plain white background, each creature is allowed to take centre stage unhindered by distractions.

The painstaking work with which the artist has created the paintings is clear to see. The works are photo-realistic, yet have a remarkable softness, with every feather or strand of downy fur beautifully recreated. This is most apparent in the image of a native kingfisher, in which the juxtaposition of silky feathers, soft white down, and hard sharp claws is remarkable. The skill with which the graphite works have been created is equally well-honed.

However, it is the living breathing vitality of the creatures that is most effectively captured. The New Zealand falcon depicted in three of the works seems to be present within the gallery, watching viewers warily but silently from within its frame. 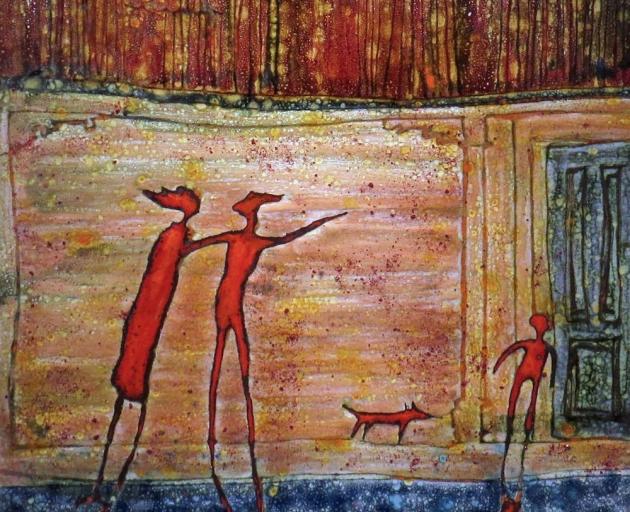 Gennie de Lange has long been a notable name within New Zealand ceramics. She has exhibited worldwide for over 50 years, but this is the first solo exhibition since 2015, and sadly - given that she no longer works within the field - may be her last.

de Lange is known for her unique glazing methods, building up multiple layers with opaque and translucent colour. Kiln firing and the interaction of the different glazes creates unusual effects which the artist has learned to control, producing colours with a great depth and rich gem-like lustre.

The resulting works are aptly described as ceramic paintings, in that they bear as much similarity to oil paintings as they do to glazed titles. Combined with the intriguing use of symbolic form and the narrative nature of the artist's images, which have been partially inspired by Australian tribal art, the finished works have a timeless feel which draw on many millennia of artistic influence. The tiles have an appearance which is as much Lascaux or Ancient Greece as it is modernist.

The current exhibition is an excellent opportunity to view a display of this artist's work, and it may not be an opportunity soon repeated, so it is well worth the effort to travel to St Clair to see it. 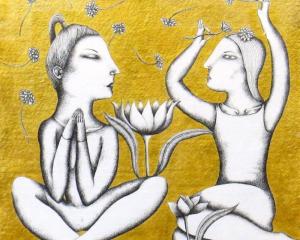 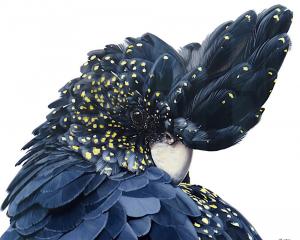 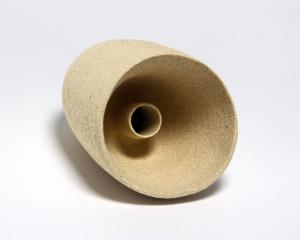 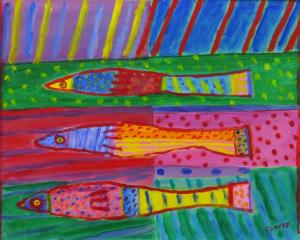