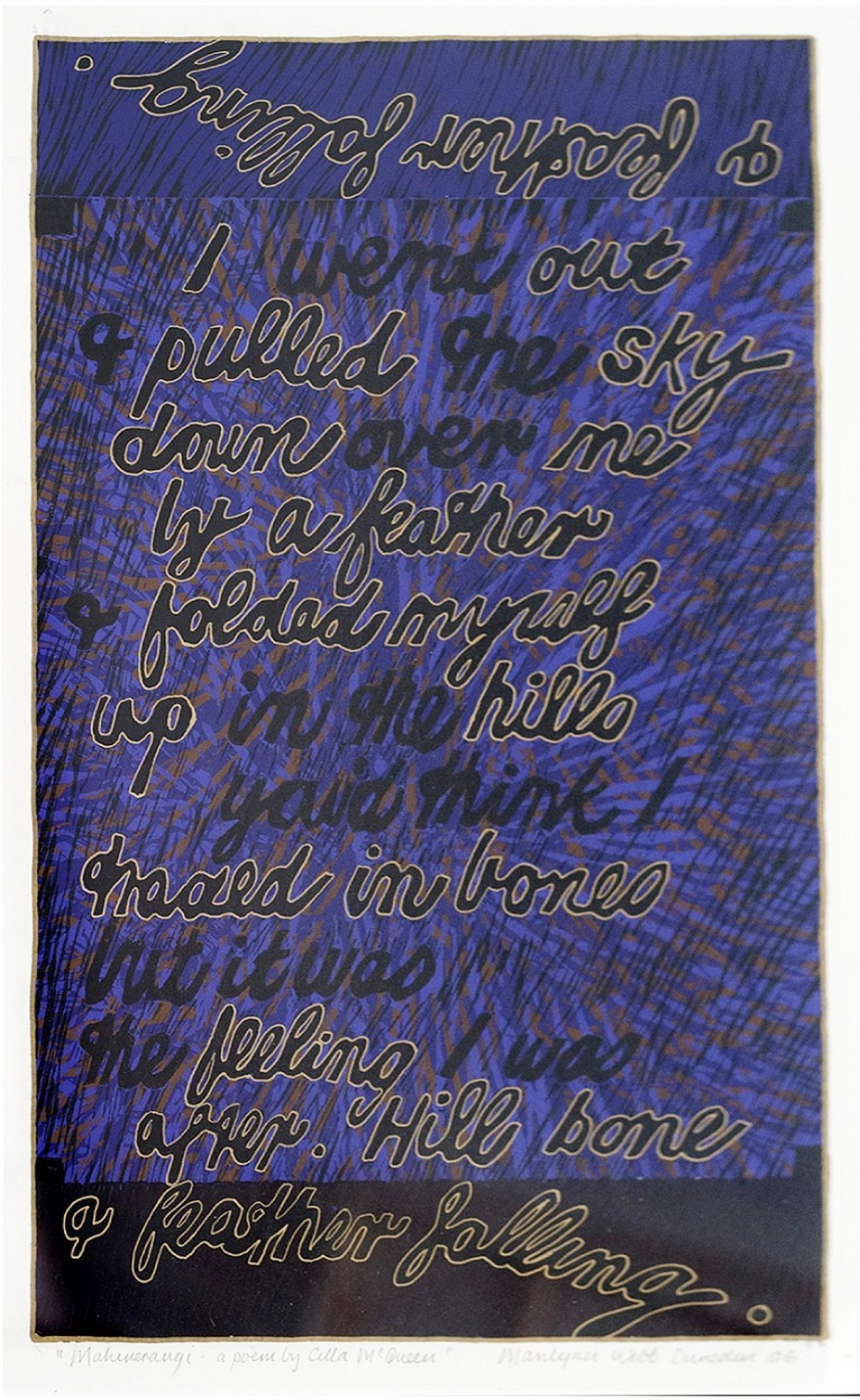 Marilynn Webb (Pakeha, Te Roroa, Ngapuhi), the esteemed artist and art educator died in 2021, and "a feather falling" is a considered tribute to her mahi (work). The exhibition features five hand-painted prints and a stunning watercolour. Exhibited amidst these artworks are two additional tributes: a photograph of an interior of Webb’s house by Adrienne Martyn, who exhibited at Olga earlier this year, and a large-scale work on paper by Brendan Jon Philip, whose exhibition will follow Webb’s. Where Martyn’s photograph serves to offer an aestheticised entry into Webb’s personal, domestic environment, the inclusion of Philip’s work could indicate Webb’s influence on the former, but in this presentation it clearly provides a transition between Webb’s watercolour (Mahinerangi, 1988), and her hand-painted, text-based prints. Despite the large scale of Philip’s work and its almost totally black surface, this work incorporates abstract forms that resonate with Mahinerangi and a line of text.

This small yet important exhibition of Webb’s work highlights her ability to treat text as objects or forms in-of-themselves. The four text-based prints animate two excerpts from two poems by Cilla McQueen: one in which the poet observes the flow of water and makes a comparison between ripples and dimples that yokes together water and skin, and in the second, the poet folds herself into hills by pulling the sky down with a feather. Webb accentuates certain words and phrases to toy with meaning. Webb and McQueen, the equal of Tuwhare and Hotere. 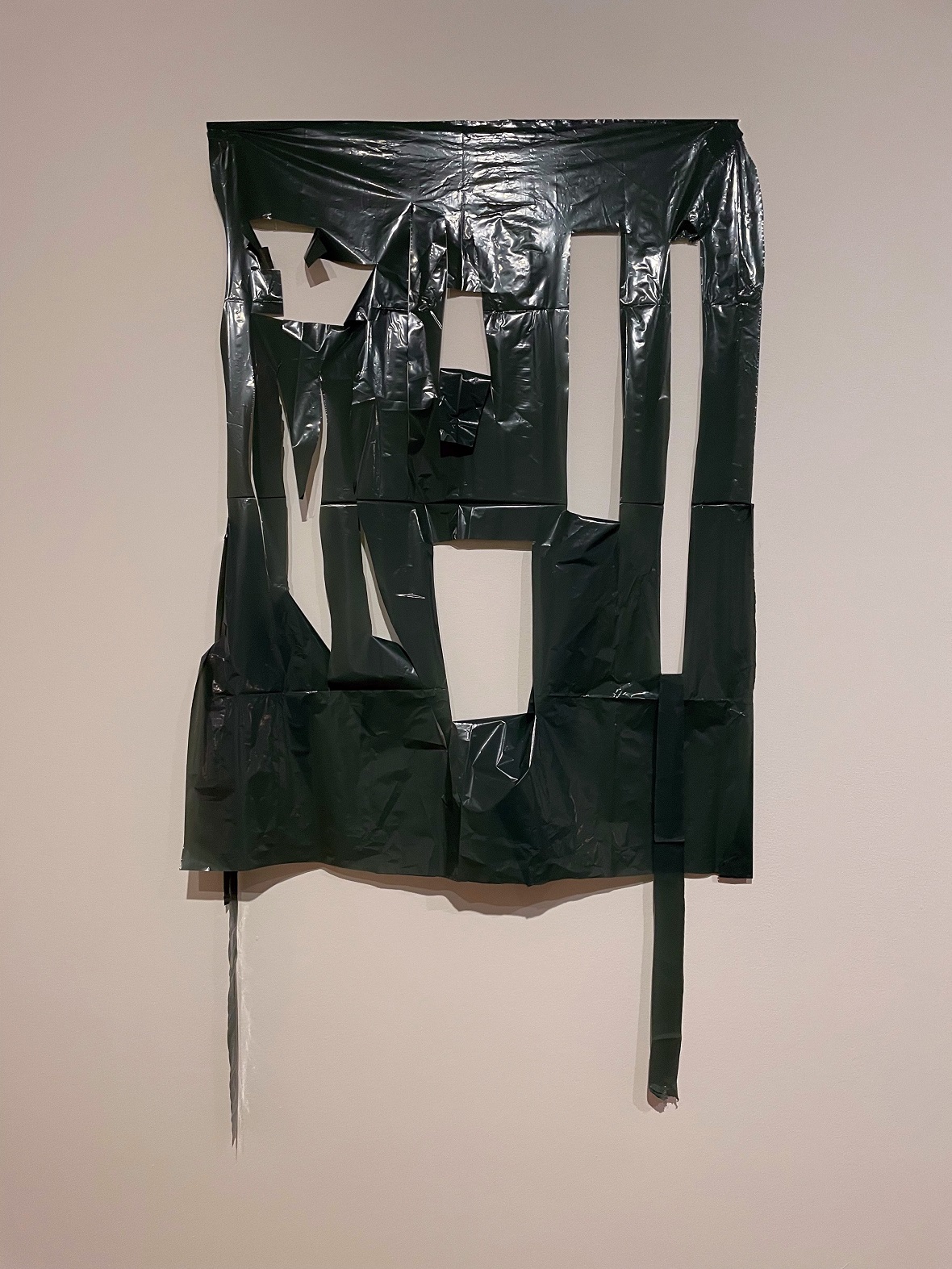 Artist and member of the co-curatorial Paemanu team Peter Robinson (Kai Tahu, Kati Kuri, Pakeha) exhibits a series of five works titled Urutaka 1-5 (2021) in the Paemanu exhibition at the Dunedin Public Art Gallery. The five works comprise five rubbish bags (four green, one black) installed side-by-side along the left-hand wall of the right gallery space in an appropriately significant positioning for the well-known artist. These works are described by the author of the accompanying wall text as a "provocation," which, in the context of exhibition’s other works, they are. At a quick glance they possess none of the earnestness apparent in some works by other artists.

The wall text helpfully places Robinson’s work in whakawhitika korero, or dialogue with European artists who have variously scorched holes in canvases (Alberto Burri) and used comparable materials such as plastic sheeting and tarpaulin (David Hammons). Additionally, a comparison could be made between the Urutaka series and Lucio Fontana’s Cut Paintings. As these comparisons suggest, Robinson deforms or reforms the plastic bags by cutting out rectangular and circular shapes, making jagged cuts, and forming creases in the opened-out bags. In one iteration however, the bag is reshaped to approximate a carrier bag or upside-down hood, and in another, the circular formation of the bag’s ties hanging down resembles an upside-down cape. His wall-based iterations experiment with bag-as-painting and bag-as-sculpture in ways that are noteworthy in a speculative interpretation of "uru" as "west" and "taka" as "to heap up." 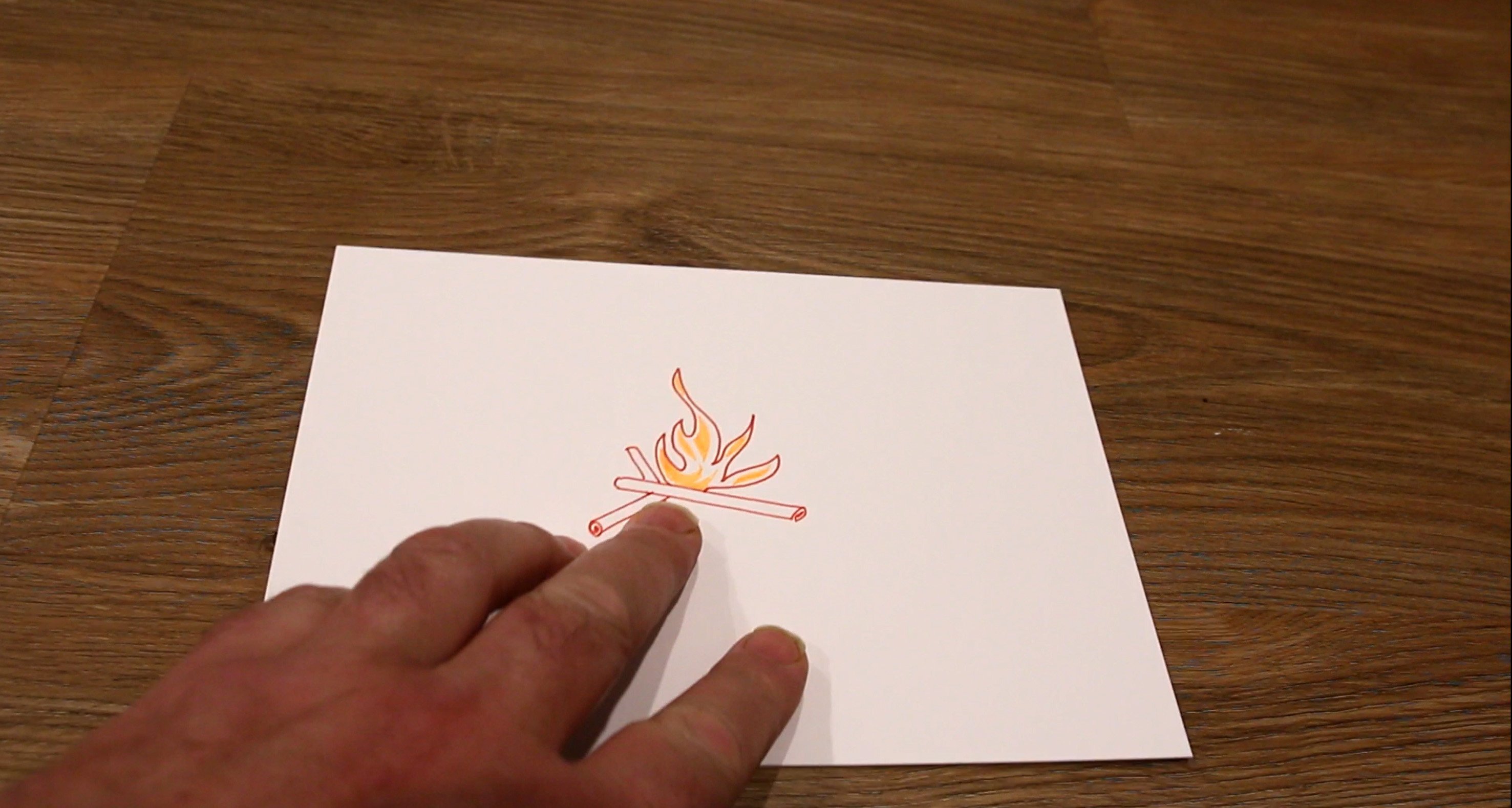 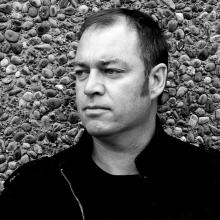 Nathan Pohio
Paemanu Ahika is a video work installed in the Dunedin Public Art Gallery’s Rear Window (in conjunction with the gallery’s major exhibition "Paemanu") by artist and recently appointed senior curator, Maori art (Auckland Art Gallery), Nathan Pohio (Waitaha, Kati Mamae, Kai Tahu, Kai Tuahuriri). A literal translation of "ahika" is "burning fire," but as an artwork, Paemanu Ahika also embodies a type of cultural covenant between the Paemanu collective and the gallery in which Pohio agreed to "provide and attend to the ahika". In this role, Pohio substantiates the partnership between the two organisations.

While embodying this important covenant however, the content of the work demonstrates the fullest meaning of ahika: the burning flames of occupation, continuous occupation, title to land through occupation. These definitions can be found in the Maori dictionary, and phrase by phrase on the handwritten cards dropped on to the surface of a wooden table in the work’s opening scenes. Paemanu Ahika is an unapologetically political work by an artist committed to ameliorating indigenous wellbeing through indigenous filmmaking methodologies (Gene Youngblood, Expanded Cinema).

Pohio alternates between vector renditions of tukutuku weaving panel patterns (poutama, patiki), and archival and filmed footage of fire, the first United Tribes’ flag (1834) which he intersperses and layers to assert through whakapapa (genealogy) the burning flames of occupation.