In this week's Art Seen, James Dignan looks at exhibitions from the Dallas Museum of Art, Anselm Kiefer and Rob McHaffie. 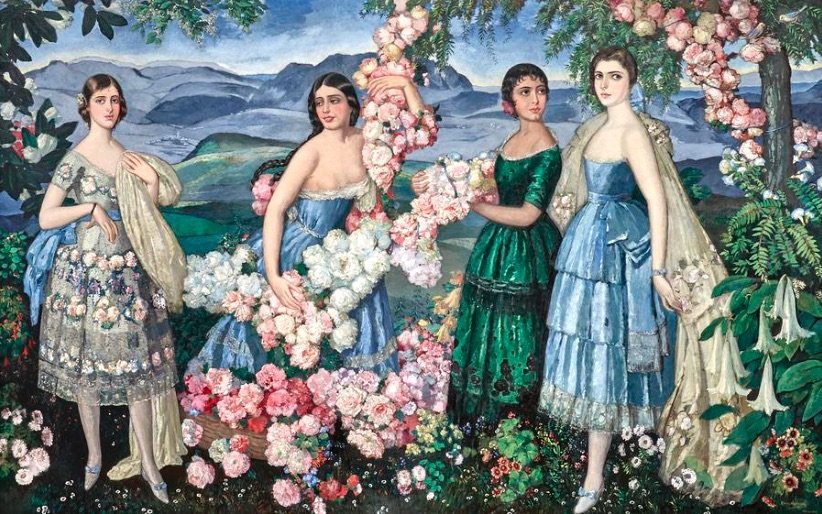 Some overseas galleries have produced very effective interactive virtual gallery spaces. A good example is Dallas Museum of Art's exhibition of women in Mexican art. The exhibition features both work by women and work featuring women, and covers its ground very well.

This virtual tour focuses largely on the development of Mexican art in the early to mid-20th century. The centrepiece of the exhibition is the titular Flores Mexicanas ("Mexican Flowers"). This work, a large group portrait of four Mexican women painted by Alfredo Ramos Martinez and completed in 1929, is one of several of Martinez's paintings that feature, among them the impressive The First Indians of America. Other notable artists such as Angel Zarraga and Maria Izquierdo are also presented, along with the better-known names of Diego Rivera and Frida Kahlo. The works are accompanied by numerous audiovisual materials such as video clips and interviews with the curators. While many of the pieces are presented without much information about their titles or artists, what there is in this display is well worth a look.

The main exhibition is accompanied by a smaller display of traditional North American tribal art, ranging from Mayan huipil fabric designs through to Yup'ik ceremonial masks from the Arctic.

Some virtual tours focus on single masterpieces rather than on trying to display an entire exhibition digitally. Bilbao's Guggenheim Museum has several pieces displayed this way, both on its own website and also in co-operation with Google. One impressive work presented in this manner is Anselm Kiefer's colossal The Land of Two Rivers, a massive piece more than 7m long created with paint, salt and metal on canvas.

The method of construction of the work is intriguing, using as it does lead, zinc and salt, which have been applied to the canvas via electrolysis. Kiefer, who grew up in a shattered Germany in the aftermath of World War 2, created the work as an allegory of his homeland, using the ancient land of Mesopotamia as an analogy. In Mesopotamian history, buildings were repeatedly destroyed by river flooding, which simultaneously made the land fertile; Germany too had seen the old washed away and was looking to a bright new future through the grey gloom.

The interactive display highlight details in the work's construction and image. A second webpage, at , presents information about the painting along with teaching resources aimed at school-aged children tying in with the painting and its subject. 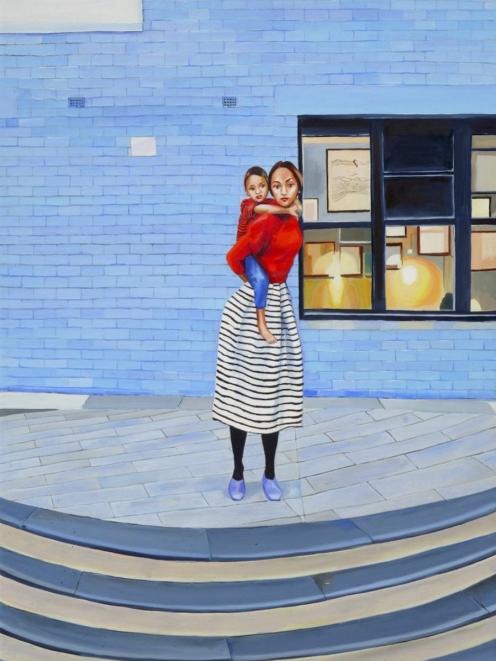 Locally, galleries are also starting to present virtual exhibitions, though understandably the methods are in general less sophisticated than those used by major overseas collections. Some Dunedin galleries have created downloadable PDF files of the exhibitions that would under normal circumstances be currently gracing their art spaces, but even these are worth a look.

One such exhibition is that by Rob McHaffie, which should now be on the walls at Brett McDowell Gallery. Melbourne-based McHaffie is a bit of a magpie of popular culture. His works draw inspiration from daily life and the mass media, which he twists into wry commentaries on modern society. The paintings are bright, semi-naive pieces in which perspective is abandoned in favour of blocks of densely detailed background. Strong frameworks of vertical and horizontal features within the works frame the images, producing a bold structure to pieces such as Summer Breeze and Cats of Instagram. The latter of these paintings is one of a couple within the exhibition that — in internet terms — would be described as NSFW, but it carries its brazen subject with just the right touch of humour. The exhibition also contains several impressive close-up portraits.

The works are nicely composed, and several, such as the charming Carnegie, after Dumplings, are delightful and memorable images.