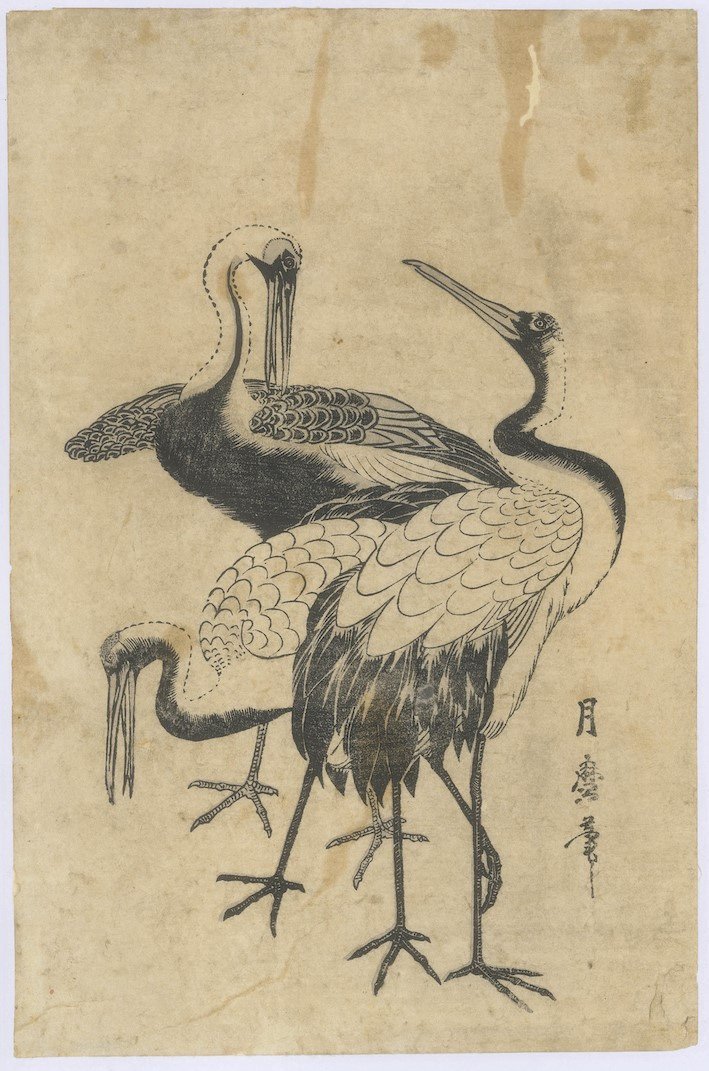 Ukiyo-E prints encourage attentive looking and seemingly small details - such as an eye and fingertips peeking through a shoji screen — that can quite literally open a world, or function as the narrative pivot.

The particular world apprehended by this voyeuristic eye falls on Two Lovers (c1778), by Isoda Koryusai, in a rare print form: the pillar, which as the designation suggests, is tall and slender, and echoes the form of the screen.

With this year’s exhibition of ukiyo-e woodblock prints, Brett McDowell Gallery features works that were made in the early period of ukiyo-e’s golden age, rather than focusing on a specific thematic within ukiyo-e itself, such as the courtesan. That said; this exhibition does include several courtesan prints.

This exhibition also includes a rare multicolour print by Suzuki Harunobu, who was the first to use a different wood block for each colour, of which Flower Vendor is a fine example. However, given the age of the print (c1762) and the advent of the digital era, the viewer should not expect high-definition colour ...

An unexpected joy was the serpentine necks of Kitagawa Tsukimaro’s Three Cranes (c1810). 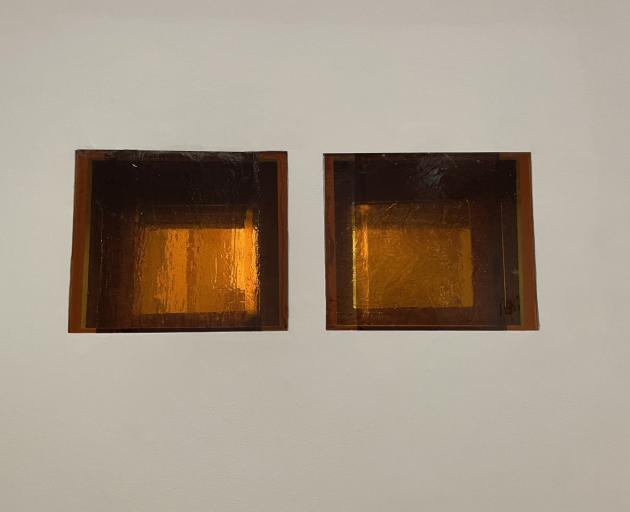 The act of attempting to write on Ed Ritchie’s exhibition "Central Heating" is a gently thwarting experience, as resistance to definitive explanation or closure is intentional. That is, words are not always helpful. They can feel like blunt instruments.

Nevertheless ... if you encounter a series of square excisions into the gallery wall on one side of the right-angled space, you will - as if in a balancing act - also walk around several wall-based additions on the other side. The negative space and air of the former is offset by the positive, square and rectangular found objects of the latter.

By intervening in gallery infrastructure, Ritchie engages with practices and politics of institutional critique going back to the 1970s. Two small squares cut out of the gallery wall let in air, and two larger square cut-outs are glazed with rolled amber glass. They let in air and light respectively. Whether these new elements are purely physical remains speculative.

Mesh coheres a series of three found and adapted objects, that box-like, partially conceal (or reveal) other found objects equally as cryptic as the small wooden and plastic structures themselves.

To varying degrees the structures and their inner worlds could have some barely discernable relationship to heating or cooling systems, as does the floor-based sculpture.

At the aforementioned risk of attributing associations that may be ghosts, Ritchie’s interventions and objects could invite metaphorical relations with air-borne viral and ecological heating as much as gallery ventilation. 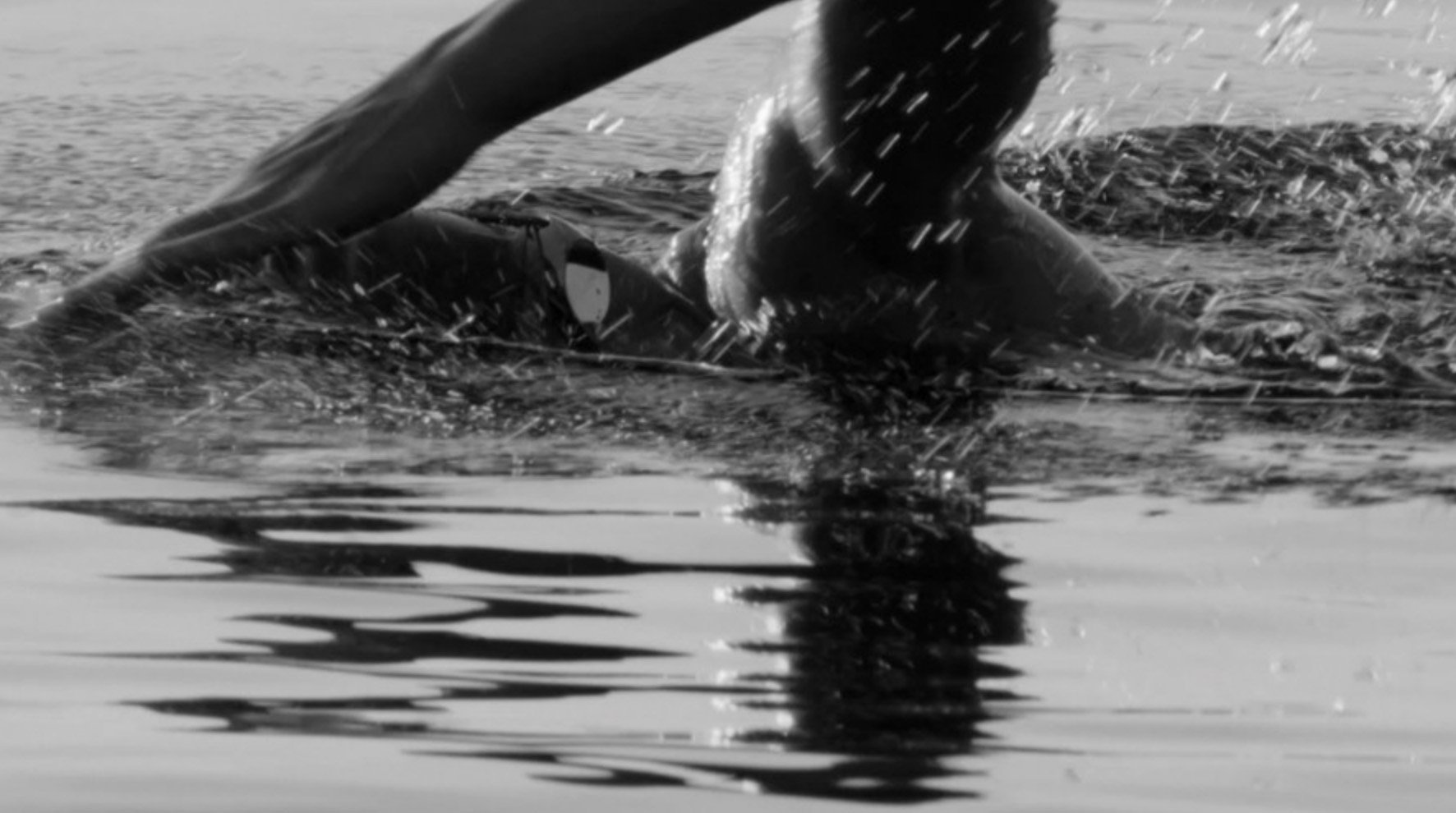 For those yet to experience the contours of an athlete’s arm mist between flesh and coastline, the melding of body with water body, or the swimmer as a streak of rippled light in Shannon Te Ao’s film "what was or could be today (again)", the following excerpts from the moteatea (chanted song-poetry) inscribed on the other side of the main exhibition space offer a language-based approach to this work.

The first sentence of the hand-painted moteatea embodies the intermingling of life forces and energies: "Taapapa ana taku ara o te ora, waewae ana te mauri tini tangata." (The pathway of my life is laid out, and traversed by the essential energy of many, many people.)

Painted black on white, this iteration reverses the white on black of Te Ao’s 2018 exhibition ("my life as a tunnel") at the Dowse Art Museum in Wellington.

Of the many people suggested by the sentence above, two are central to this film: Shannon Te Ao’s grandmother and featured athlete Ngarama Milner-Olsen.

Partly inspired by a painting and its inscription (which generates the film’s title) by his grandmother, the black-and-white film tracks Milner-Olsen from different perspectives as she swims Taupo-nui-a-Tia (Lake Taupo).

The trance-like quality of the film embodies the closing phrase of the moteatea: Tai timu! Tai pari! Rere noa e iii! (The tide ebbs! The tide flows! It flows on endlessly!).