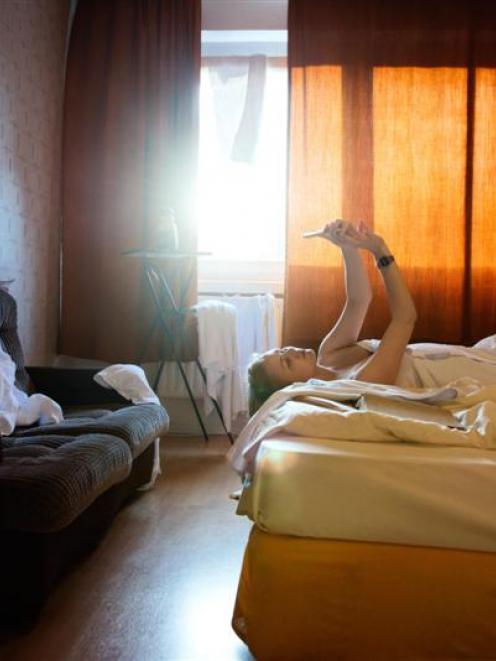 The Dunedin School of Art has partnered with Webb Farry Lawyers to set up the Alternative Space Gallery, an initiative that has brought emerging talent from the art school into a new exhibition space in the heart of the city.

Located at 79 Lower Stuart St, AS Gallery occupies Webb Farry's two large reception areas, and the firm encourages members of the public to call in during operating hours.

A collection of untitled large scale photographs sees figures holding out their own cellphones, also taking images of themselves.

Lovell-Smith takes a step back from the figure to capture the scene around them: a street scene, wilderness, or a hotel room. Lovell-Smith highlights the disconnect between the human figures and the setting they occupy as they engage with their cellphones.

The second series consists of smaller Polaroid and 35mm film images that present a fragmented vision of travels: unidentified people, places and things. These images, along with the larger series, are unified by Lovell-Smith's curious eye and adventurous disposition. 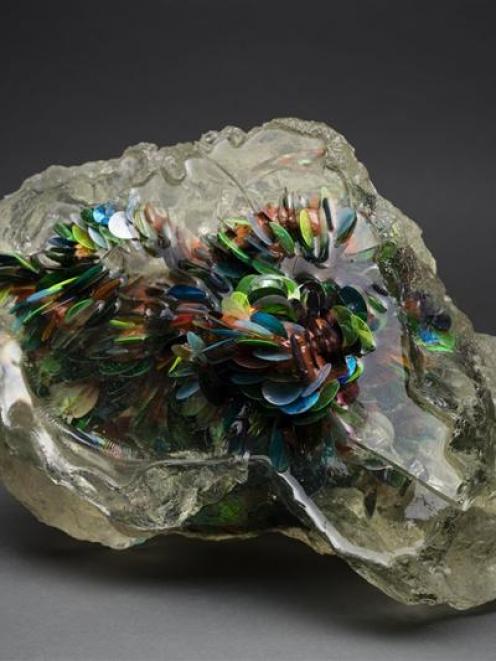 Suji Park has returned to Brett McDowell Gallery with ''Until, When'', an exhibition of new mixed media sculptural works.

Park's unique vision creates distorted human forms and plasticised geodes out of ceramic, metal and moulded resin. These new works are equally original and familiar, as Park explores shapes from nature in her distinct whimsical style.

Ralj, Sa and Saja are some of the figurative pieces that stand around the room. Their faces emerge out of heaped bodies that wear heavy painted cloaks.

They are human like but discernibly non human and are only identifiable as creatures of Park's own creation. Other works show Park's confounding representations of naturalistic forms. Plastic plants, fluorescent crystals and cellophane moss appear to grow on resin rock forms.

There is consequently a tension between the artificial materials and the uncannily organic end result. The details in Park's work are subtle, as one can be distracted by the appearance of each work as a whole.

Upon closer inspection, however, the artist's hand and techniques begin to emerge and add a second layer of appreciation.

Minute painted patterns, small sculpted shapes and patterns in poured resin add to the enigmatic nature of these works. Park's creations are cunningly indefinite and encourage multiple and parallel interpretations. 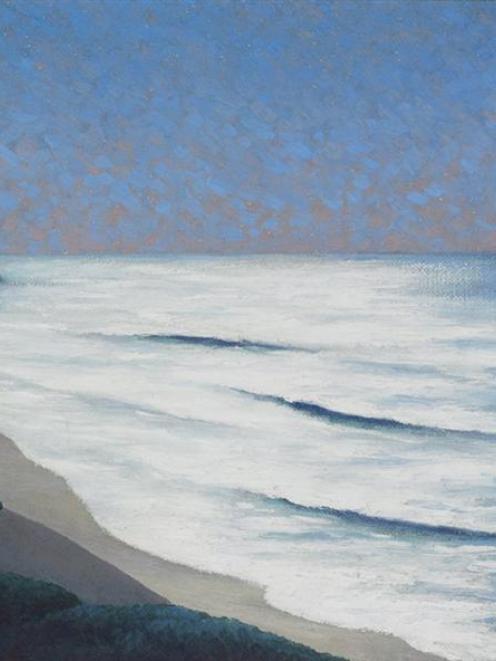 W.H. Allen was an English born artist who migrated to New Zealand in 1925 as part of what would become known as the La Trobe Scheme.

The La Trobe Scheme saw several British art teachers brought to New Zealand in an attempt to improve the quality of art education in the country.

La Trobe artists are now known for the profound effect they had on the arts in New Zealand, inspiring the likes of Colin McCahon, Toss Woollaston and Doris Lusk, among others.

In 2008 more than 80 artworks by Allen were repatriated from the United Kingdom and gifted to the Hocken. The exhibition showcases these works, along with works by other La Trobe artists and their students.

Along with works are a number of biographies and informative links between works and artists. It is a history that many New Zealand art fans are aware of but would rarely see in such a detailed manner.

The Hocken has delved into its own collection as well as borrowed from other national art institutions, strengthening the scope of this informative, historic exhibition.