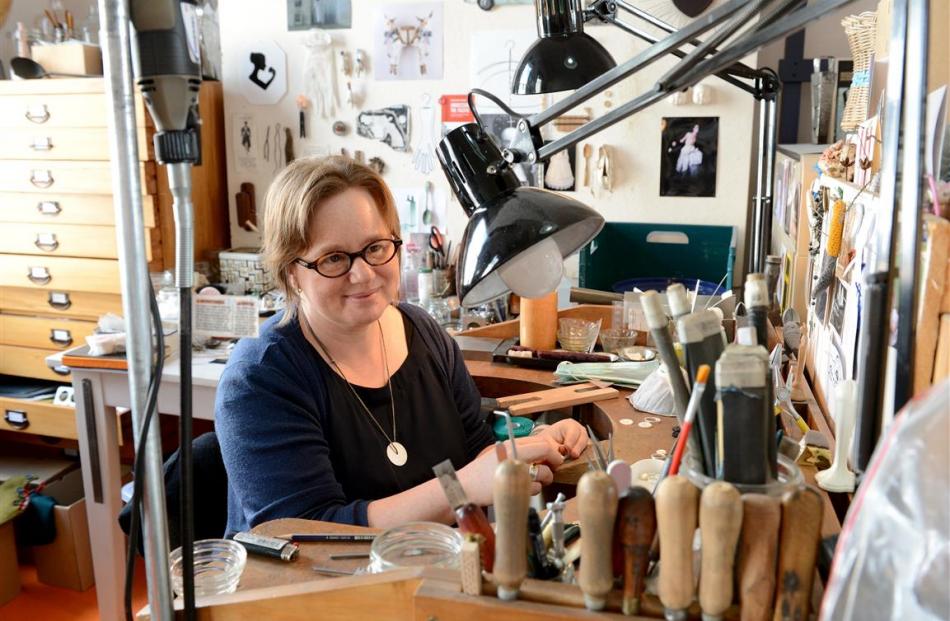 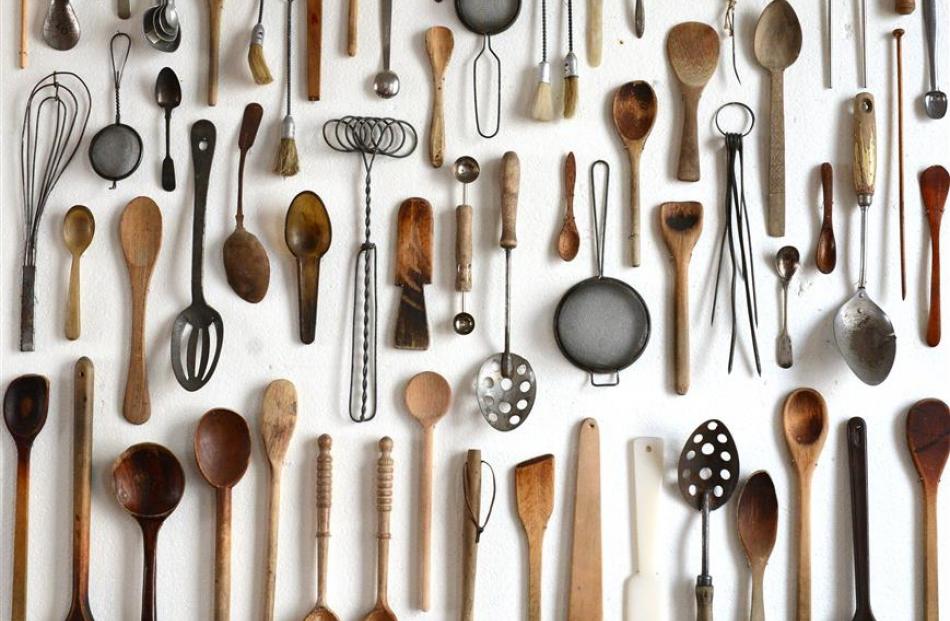 Some of Victoria McIntosh’s vintage finds are neatly hung in place on her studio wall. 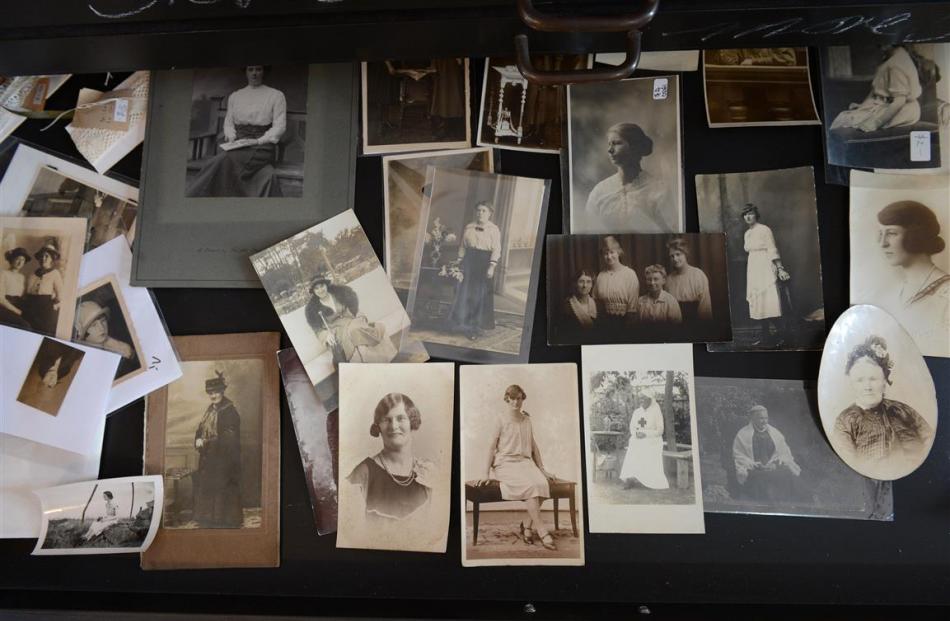 Her ‘‘spinster’’ drawer of vintage photographs of women. 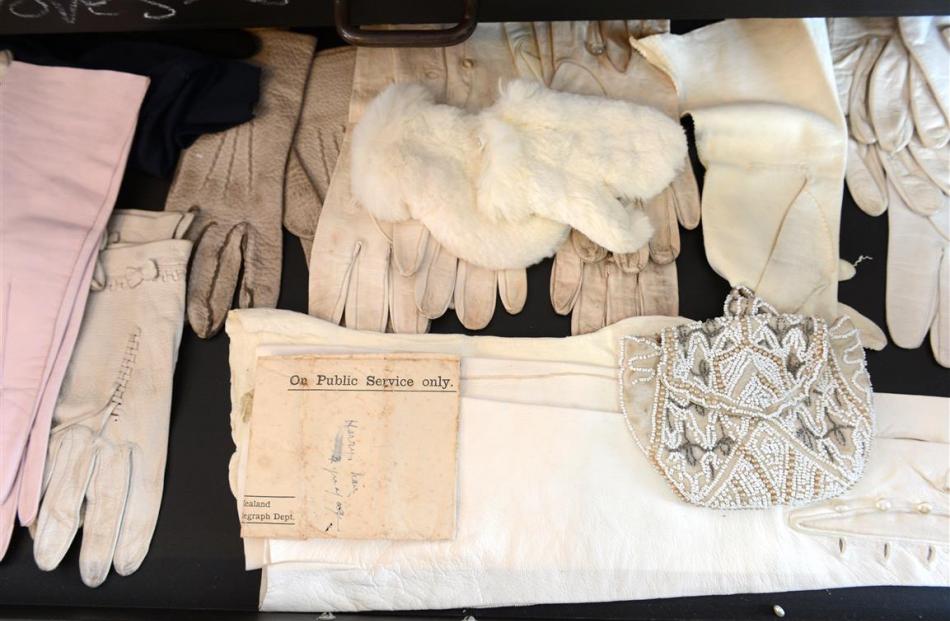 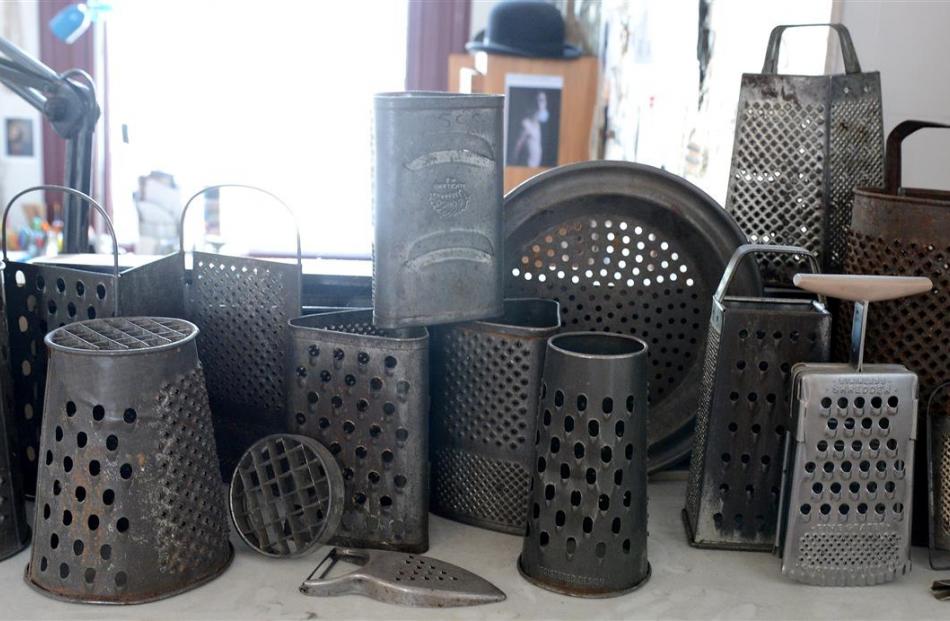 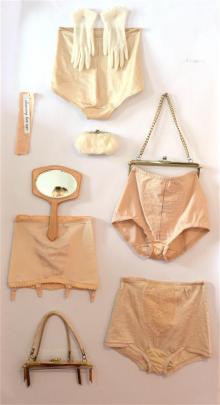 The handbag made from support garments and seed pearls.

Silver spoons, old metal cheese graters and grandma knickers all form part of Dunedin contemporary jeweller Victoria McIntosh's work. She tells Rebecca Fox about the work which has been selected to be shown on the international stage.

It is vaguely disturbing when you realise you are running your hands over someone's old knickers, well, support garment if you are being polite.

But Victoria McIntosh's quilted handbag makes you want to touch it despite its flesh tones and history.

''Only 60 craftspeople are selected to exhibit and this year two from New Zealand, one being Ms McIntosh, have been selected.

She received the email informing of her selection late one night.‘‘It was too late to ring anyone. I couldn't sleep. I had to reread it 20 times to make sure that is what it said. It's quite unreal.''

While not sure how many or which of the five pieces she submitted would be on show, Ms McIntosh hoped to be able to attend the February event.

Creative New Zealand was supportive of the event so she would apply for funding there and also look at crowd funding.

‘‘It'll be crammed full of stuff. It would be an amazing opportunity to meet fellow makers and absorb all that creativity.''

Ms McIntosh's work varied from the wearable to the non-wearable and often pushed the boundaries of what may be considered jewellery.

‘‘It weaves between the wearable and non-wearable. They both feed off each other.''

Last year she had an exhibition in the back window of the Dunedin Public Art Gallery of burnt pegs titled ‘‘liar liar pants on fire'' and earlier this year she had a solo exhibition of her ‘‘Blemish'' collection in Auckland, which included the pieces sent to SCHMUCK.

‘‘I was looking very much at the body: how jewellery adorns the body and the body as a subject.

‘‘How in the beginning of middle age the body changes and how it is viewed. Good old-school feminist stuff.''

It was interactive, with visitors invited to participate by winding up the music box on individual ballerinas, each embellished by Victoria's found treasures.

The concept had taken a while to percolate.

She had been collecting support garments for a while without realising why or what she would do with them.

‘‘They sat around for months. There was something creepy about them.''

She found the flesh colour of the support garments fascinating.

‘‘They call it flesh, but really, who has skin this colour?''

Then when placed with a handbag handle she had a ‘‘wow moment'' and proceeded to create the evening bag complete with quilted seed-pearl detailing.

The quilting was done on her grandmother's sewing machine.

Her grandmother had taught her how to sew so it was nice to be doing the work on her machine, she said.

‘‘It's stretching the concept of jewellery to the extreme and the ideas of how jewellery works with the body.''

A lot of older women who see the works have tales of wearing stockings for school, the problems they caused and how uncomfortable they were, she said.

Also in the series of work were vintage ladies' evening gloves and vintage mirrors with sandblasted words on them.

‘‘They reflect how society views ageing.''Most of her work started from the discovery of an item: she is an avid ‘‘op shopper'' visiting second-hand and charity shops and had been since she was a child, when she collected cigarette cards, ‘‘anything with a sense of history''.

‘‘What I find dictates what I create.''

As a result her workshop is full of finds from a old wooden kayak discovered in Oamaru to peg boards full of old wooden spoons and kitchen utensils.

There are jars of silver spoons and shelves of old metal graters and other finds.

In an old flat file cabinet she keeps her collections of vintage gloves and her ‘‘spinster'' collection of black-and-white photographs of women she uses in her brooches and necklaces.

When friends discover anything unusual in family collections when relatives pass away they pass it on to Miss McIntosh - hence the collection of grouse claws adorning a noticeboard.

She has been working out of the studio space next door to Lure for eight years and credits fellow jeweller Ann Culy as being a great mentor over that time.

A Dunedin Art School graduate, she had always worked in jewellery and metal-smithing and included textiles in her work.

‘‘I like the hard and soft; the combination of fabric and hard surfaces.''

Old cheese graters and ice tongs are turned into brooches, spoons are stitched with seed pearls and strung on to cords to become necklaces and icing nozzles become beads in a necklace.

‘‘I love the stories that come with them. Then I hope what I create, creates another conversation.''