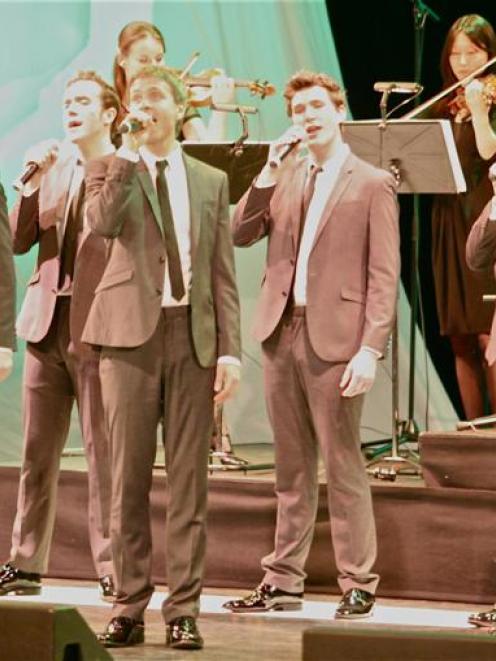 The Seven Irish Tenors visit Dunedin for the first time this week.

The young men - average age 26 - come from a range of musical backgrounds, but they are all of Irish extraction, even if several generations back. 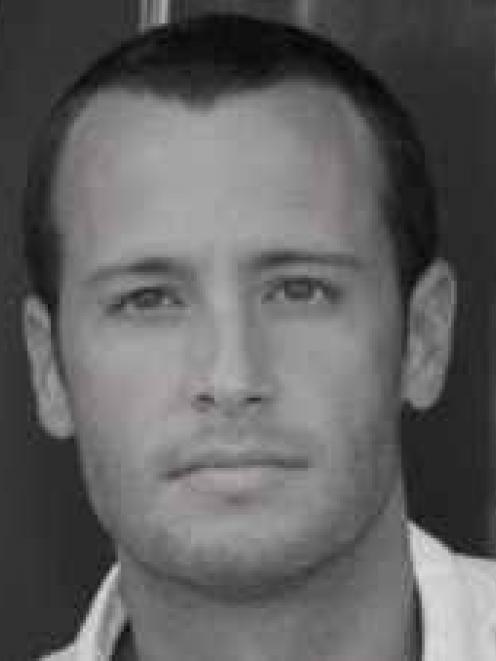 Branden James
"The thing about our show is there's something for everyone in it - rock, pop, Broadway and classical," says Branden James, who has been with the group for two and a-half years.

While many groups of tenors may be touring the world's theatres, these young performers have a difference, he says "A lot of us are trained dancers, so there's a lot of movement and storytelling.

"We're all of Irish descent and all proud of our heritage and a lot of joking and good nature goes with that - there are lots of laughs and joke-telling, horsing around on stage as well.

"Those things make a big difference," he said in a phone interview from the tour bus.

On a high after its reception in Auckland at the weekend, the group and its entourage were travelling to Hamilton.

"We were told New Zealand audiences might be a bit reserved, but they were on their feet, as they are in most of our shows, and wanted to meet us afterwards.

"We were lucky to open in such a lively city."

While most of the seven have some classical training, others come from theatre or pop-music backgrounds, which means they complement each other, he says.

The group originated in Dublin more than a decade ago, but after some of the original members left, the creative director and producer could not find all the talent they wanted solely in Ireland, so they began looking beyond.

Now the creative director and producer and many of the singers live in London where they rehearse and prepare and record new tracks.

Originally from San Francisco, James heard about a vacancy in the troupe two and a-half years ago, and, as his grandparents were from Ireland, related to the Kennedys of Shannon, he applied and has been touring the world with it ever since.

The tenors have been all over America, performed in Scandinavia, Romania, the Faroe Islands, Holland, Dubai, and parts of Southeast Asia.

This is their first visit to New Zealand and they will go on to South Africa for a three-week residence in Johannesburg at the Nelson Mandela Theatre, he says.

With a classical musical training, James sings small roles at the Metropolitan Opera House in New York, where he is based, and for the Los Angeles Lakers baseball team, in between tours with the Seven Irish Tenors.

Early experience singing in churches to support himself as a student enabled him to slip easily into the Irish Tenors' repertoire, which is arranged with a strong choral sound, he says.

The two-hour concert features Irish favourites such as Danny Boy, The Rose Of Tralee, MacNamara's Band, Phil The Fluter's Ball, Galway Bay and When Irish Eyes Are Smiling, as well as The Rhythm Of Life and You'll Never Walk Alone. and operatic favourites such as O Sole Mio, Funiculi, Funicula and the spine-tingling Nessun Dorma.

The tenors also mix it up with pop favourites such as Hey Jude by the Beatles, Simon and Garfunkel's Bridge Over Troubled Water and We Are The Champions by Queen, as well as more contemporary songs like You Raise Me Up.