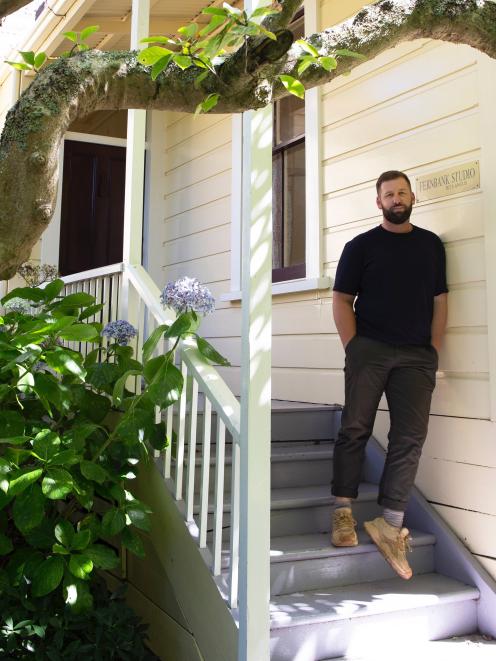 Daegan Wells spent six weeks at the Rita Angus Cottage in Wellington researching this project. PHOTO: SUPPLIED
A dairy farm in the South is "a million years away" from where artist Daegan Wells ever saw himself, but the unexpected move has provided rich fodder for his creative processes. He tells Rebecca Fox about his search to find out more about wool, and its place in New Zealand and  the South.

There is nothing Daegan Wells enjoys more than sitting having a cuppa and a gossip with an 80-year-old weaver in her remote rural Southland cottage.

Bates has been more than happy to share her skills and advice with Wells, who, since his move two and a-half years ago, has become fascinated with wool and its history.

"She’s been a good friend and mentor to me, taken me under her wing. I feel I could be doing this my whole life and never really have a grasp of everything. It’s a real traditional skill."

Wells, who graduated from Ilam School of Fine Arts, Canterbury University, in 2015, is known for an art practice incorporating archives, sculpture and storytelling. 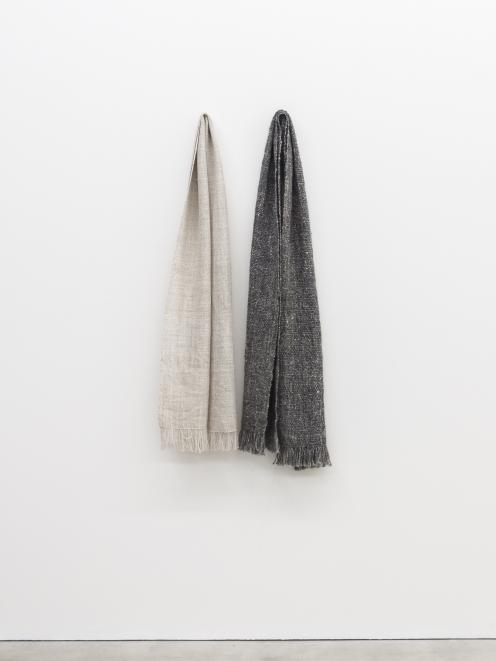 Two of the works from Daegan Wells’ ‘‘Bush Coat’’ exhibition. 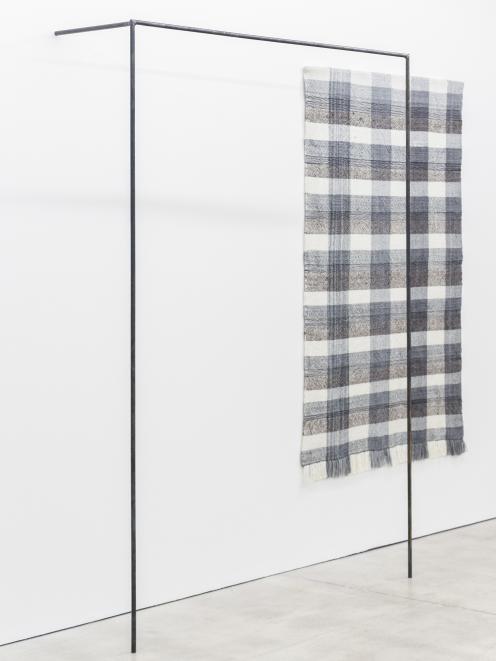 Sculpture is a great "umbrella term" for his work, he says, as it encapsulates the many things he likes to work in, from ceramics to photography, found objects, film and, in his latest work, wool.

"It allows me to explore."

He exhibited an installation, "Private Lodgings", based on his research of artist William Sutton at Dunedin’s Blue Oyster Project Gallery in 2016.

For that exhibition he utilised Sutton’s photographs, which had been loaned to him by the Christchurch Art Gallery archive, alongside "makeshift barriers" he had made from materials in the gallery, film, an original Sutton work and plant cuttings from his garden.

His latest project is influenced by time spent on the farm and has resulted in him learning to spin and weave — with wool from the couple’s pet lambs — with help from Bates and researching the history and politics of wool in New Zealand.

"I wanted to tell a story and get people to think about where wool comes from and its place in New Zealand history."

As the recipient of Enjoy Gallery’s 2020 summer residency, Wells spent six weeks at the Rita Angus Cottage in Wellington, working out of its Fernbank Studio.

As he had read a 2017 article about Winston Peters’ call for woollen carpets to be put back on floors in Parliament and used in state houses, he took the opportunity while in Wellington to visit Parliament to look in the archives and photograph the carpets.

The original Brinton carpets used in Parliament were "incredibly beautiful, rich and vibrant" and the patterns are displayed in the exhibition.

They were made in Australia from New Zealand and British wool, as it turned out there was no factory capable of producing it in New Zealand. In the 1990s, they were replaced by synthetic imports.

"I was quite fascinated by that. Wool has a real place in New Zealand history and my work references those carpets and how important wool was to New Zealand and its decline and the politics around that."

Back home in his spare-bedroom studio, Wells made blankets, floor rugs and scarves — some have elaborate, intricate patterns and others are more soft, simple and rustic.

"I find it really relaxing. I really enjoy having a studio practice that is very repetitive. With weaving there is this constant action. I could sit at a loom all day."

One in particular references a special memory Wells has of wearing a "bush coat" his grandmother made for him when he was a child. So he has titled the exhibition "Bush Coat".

"It was really stiff, but I wore it all the time, so I wanted to use that idea as a base for the show — a woollen garment given with love that you treasure and wear."

Alongside the textiles are a collection of hand-carved shells and bone buttons made from his finds walking along Colac Bay beach and a large video installation of photographs he took on the farm and at Parliament.

His fascination with wool has not ended. Wells has received a Creative Communities grant to further explore textile manufacturing in Southland and South Otago.

"It has such a rich history."

He is searching for people who have worked in the wool industry over the years — either in factories or mills, or on farms — to talk about their experience. Wells also plans to do some research in Dunedin at Toitu Otago Settlers Museum.

It is a lifestyle he never imagined, even though he was born in Riverton and lived there until he was 5.

"It’s a bizarre thing. I’m returning home, but not, as I don’t remember it."

Love brought Wells to the South. He met his partner in Manapouri when he was completing a project ’ for the Olivia Spencer Bower residency on protest culture. He was looking into the environmental campaigns around raising the lake and the tensions with the 1972 National government. Wells was staying in a small cabin there when he met his partner.

He helps out on the farm when he is needed and still gets a kick out of the look on his city friends’ faces when they visit and see him in his overalls.

"Never in a million years did they think this is what I’d be doing."

The pair live in the farm’s original homestead — the farm has been in his partner’s family for about four generations — and Wells has enjoyed getting to know more about the history of the farm, which was a sheep and beef farm until it was converted to dairy.

"When you talk to people about that, there is this nostalgia they feel for sheep and all the traditions that come with that. Dairy is quite different, more of a business."

It has been interesting going from an urban environment where there is a perception of dairy farming as some "polluting monster" to actually living on one.

"It’s way more complicated than I gave them credit for before."

Wells does not mind admitting he has struggled to fit into his new environment and break into the Southland arts community.

"I do feel like an outsider, which is funny, given I’m described as a Southland-based artist these days."