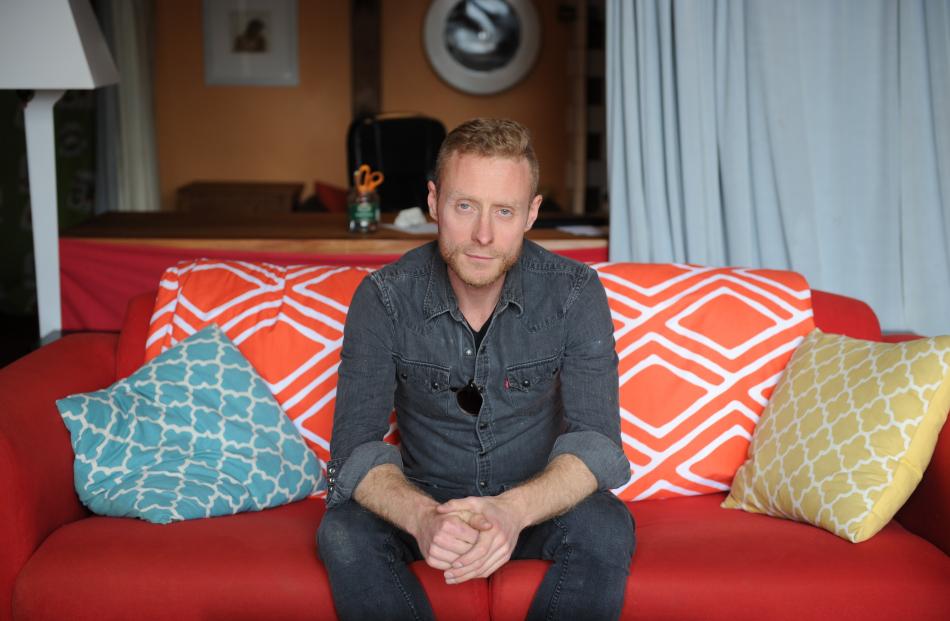 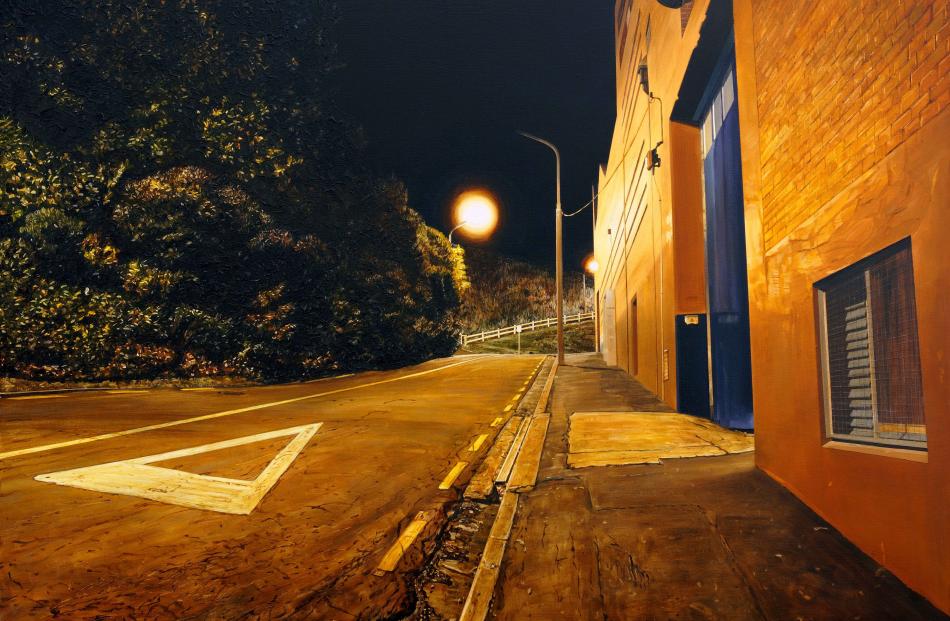 The back of Speight’s. Photos: Supplied 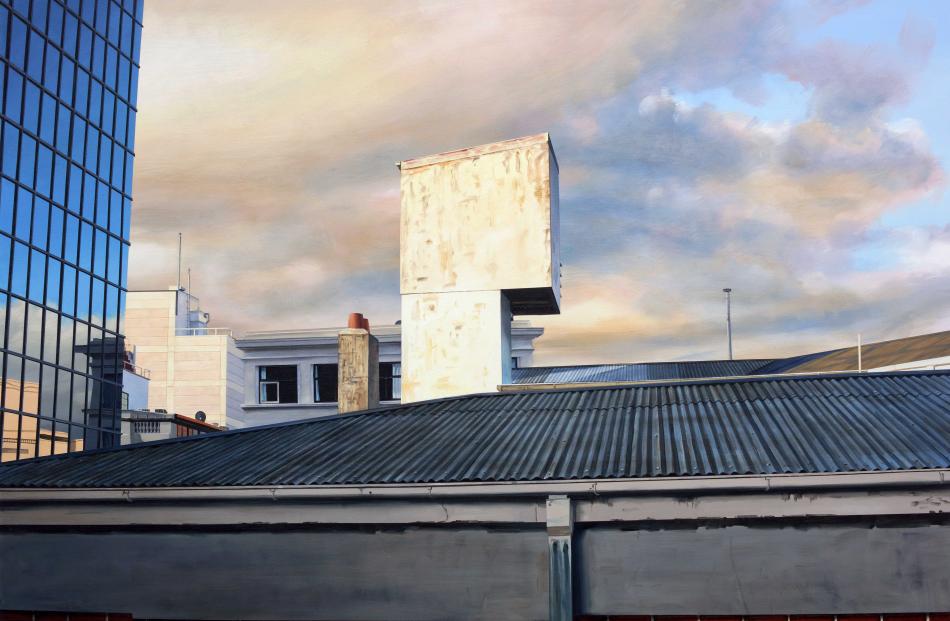 As seen from his warehouse apartment’s deck Up Periscope. 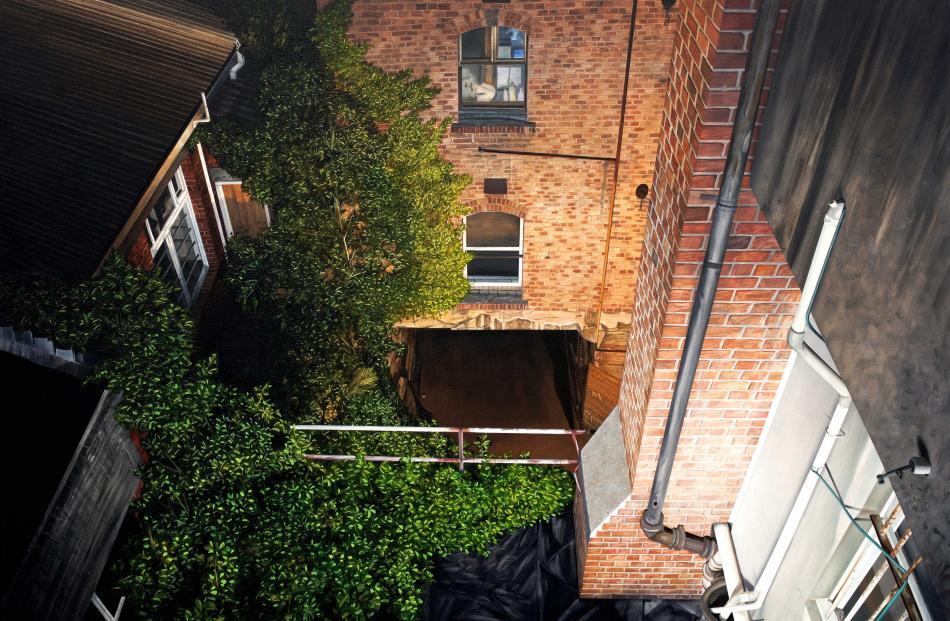 Living and working in Dowling St for more than 15 years has inspired Dunedin artist Sam Foley to capture the environment on canvas, he tells Rebecca Fox.

Standing on the deck of Sam Foley's warehouse apartment in Dowling St, it's not hard to see where he gets his inspiration from.

A glance down a nearby void reveals the red brick wall covered in ivy featured in Alley (back of Milford House). Look over the rooftops and you see the tower looming in Periscope Up (back of Tower House).

It is views like those and ones he sees every day that led him to create his latest exhibition, ''Dowling Street''.

''I've been thinking about it for a long time and I've painted a few locations in and around here before.''

Now he has bought a house in Glenleith and is moving out of his Dowling St apartment, the time seemed right to do a series on the area.

''When you live and breathe the environment that you are in, it's easier to say I'll do that thing later because its right there. It was time to do it.''

So, for the past year he has been re-creating images of the less obvious views of Dowling St - those seen from his apartment, or walking up or down the street within about a 200m radius.

''When I look at composition and location I don't go for the obvious. I'm not looking to paint the main entry of Speight's as it's much more appealing around the back - what's happening around there.''

Each of the large works has taken Foley 100-plus hours to create - from the regular visits to the location to find the perfect time of day to capture the image on camera to the hours in the studio drawing and painting.''

''Why not just take a photograph? It's something I think about, but there's something about a homemade object.

While his works have a sense of realism about them, ''a snapshot'' in time, he liked to think they were more timeless and had more character.

''They become something of a mediation on an object when you're spending several weeks on one painting thinking about the location.''

They are large format works, as he ''thrived on scale'', describing himself as a ''physical person''. Although he has done some smaller works on paper, realising that not everyone has large walls for his works.

''That is why my works have standardised over time.''

He is fascinated by the rich history of the Dowling St area. The building he has lived in and worked from was built in 1873 and was the Hallensteins factory until the 1960s when it became a storage facility. It then became home to a variety of artists.

''This place has a long history of artists working here. You don't have to worry about getting paint on the floor.''

Foley created his studio by sectioning off part of the old factory floor to conserve warmth - ''winters are brutal'' - and create a wall space to show his works and hang a dart board. The pool table, when not in use, provides a resting place for artwork.

''It's an interesting area with a Bohemian feel. Lots of old brick, a run-down feel to it.''

There were other artists working in the building and others in the street and there were plenty of galleries at street level.

''With four or five galleries or other art spaces on this one street, I'm sure if you crunched the numbers it would most likely be the most densely populated arts area per-capita in the country ... a wild claim perhaps, but a good argument nonetheless.''

Foley regularly escapes his Dunedin studio in winter, heading to Germany where he leases studio space in Berlin for three or four months at a time.

''Each time you go back there it becomes easier each time. It's in the middle of Europe, so there is easy access for travel and there are a lot of creative people who live there. It's very international.''