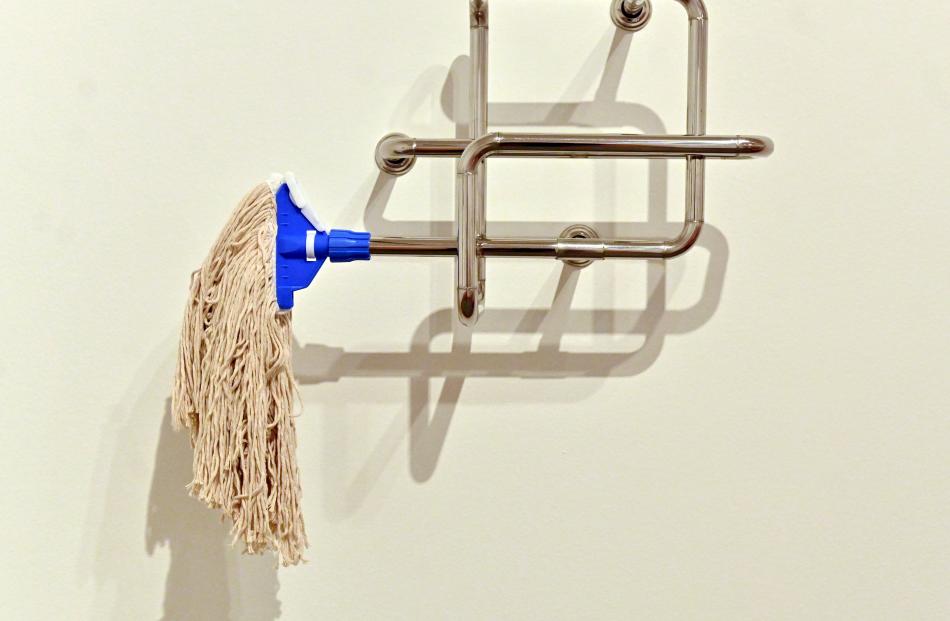 One of Yona Lee’s works from her ‘‘Succession’’ exhibition at the Dunedin Public Art Gallery, which opens on Saturday. Photos: Yona Lee 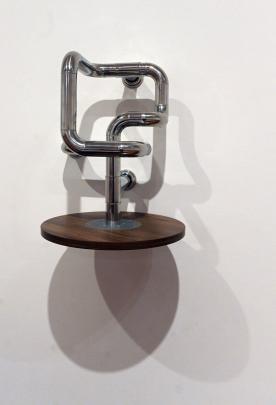 One of Yona Lee’s works from her ‘‘Succession’’ exhibition at the Dunedin Public Art Gallery. 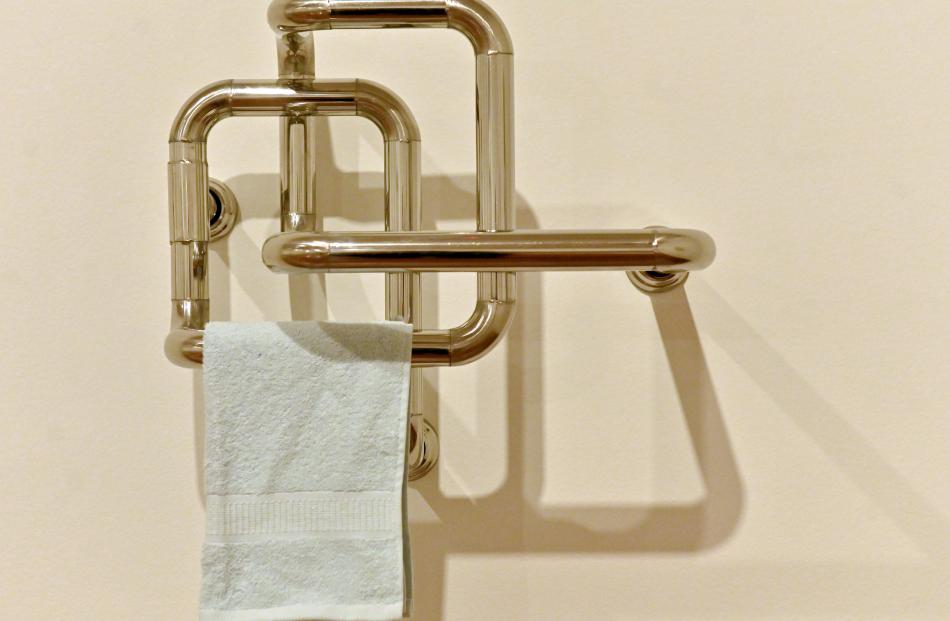 One of Yona Lee’s works from her ‘‘Succession’’ exhibition at the Dunedin Public Art Gallery.

Auckland-based artist Yona Lee’s installations are usually sprawling works of entangled metal tubing, but her work has evolved as a response to her Dunedin exhibition. She tells Rebecca Fox about her love of space and function.

Yona Lee loves a challenge — whether it’s swapping the cello for art or learning how to weld.

Spending hours in engineering shops learning metalwork skills is not where the South Korean-New Zealander originally saw her life going.

Her focus growing up was learning the cello. Painting and drawing were just hobbies.

She earned entry to the University of Auckland’s music school but began to question what she was doing. 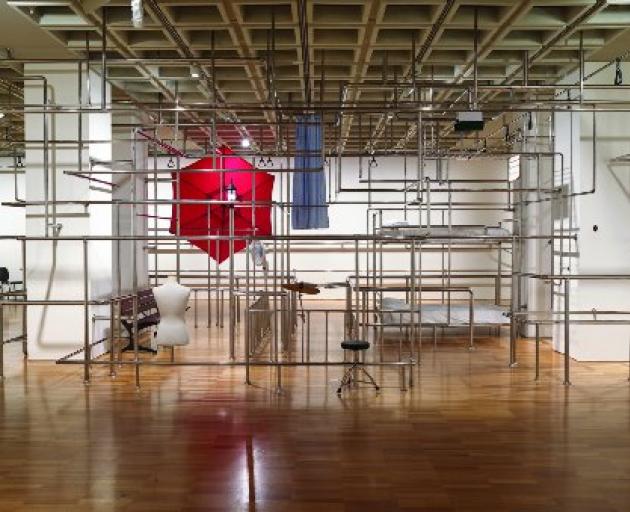 Yona Lee’s In transit (double-function form), 2018 (detail). Photo: Yona Lee
Lee realised she had grown up playing in chamber groups and orchestras with many of Auckland’s music community and knew who her new teachers would be.

‘‘The cello repertoire is quite limited. Going to the university’s music school seemed obvious [but] I realised I wanted a challenge, something new. I was at a stage where I wanted to experience something new, learn something new and meet new people but unless I travelled overseas for music school I’d end up in the same circle of people.’’

So she did an about-face and applied for the Elam School of Fine Arts.

‘‘I was really lucky my parents were never directional and supported what I wanted to do.’’ 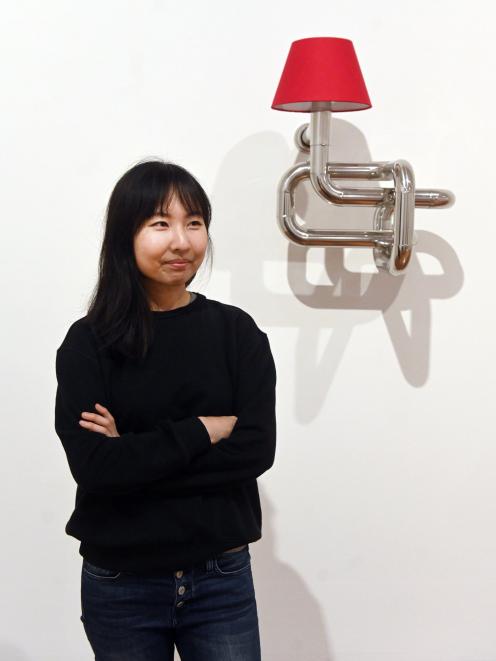 Auckland artist Yona Lee. Photos: Linda Robertson
While it was her love of drawing and painting that drew her to art school, once there she fell in love with the possibilities of sculpture and installation.

‘‘I just kept working with objects and sculpture. I never painted or did any drawing. I liked to work with space and materials.’’

Lee sees a connection with music in her works.

‘‘Music is site-specific. When you play a piece of music it is different every time.’’

For the past nine or 10 years, Lee has been creating site-specific installations which navigate space and everyday life and the limitations created by the body, space and time.

‘‘ I think that concept of space and time extends to travelling and the development of technology and how that affects and changes your view of the world and how we live.’’

Her linear installations are made of pipes of stainless or mild steel, cut and welded together. Domestic fixtures such as beds, lamps and desks are incorporated into the design.

Some of her recent works have filled rooms, such as her Transit series filling gallery spaces at the City Gallery in Wellington in 2018, Auckland’s Te Tuhi in 2017 and Sydney’s Art Gallery of New South Wales in 2018.

However, when she saw the space allocated to her at the DPAG she realised it would need another approach.

The spaces she usually works with are unconventional, open, industrial gallery spaces in contrast to the DPAG space.

Filling the room as she had in the past seemed like the wrong approach. Instead she thought back to her Sydney exhibition where she created a new piece for the gallery.

While she previously looked at her work as a whole, she has started to consider how different elements might function structurally as standalone pieces.

‘‘There is something about this work, this articulating different scales, how the work can exist in like really big scale but also exist as a much smaller entity.’’

Lee began to develop this ‘‘other strain’’ of her practice, making discrete objects that could be conventionally hung on a wall, like a painting.

‘‘They’ll be hung one after the other so you’ll see the title of the show ‘Succession’, they evolve like a line and form in relation to other objects.’’

She aims to make more than 20 objects out of stainless tubes to give herself plenty of options when it comes time to hang them. Some are in knot form, with functional objects — such as a lamp or mop head — coming out of them.

‘‘They articulate this language of design and art. It’s almost like they’re all bent either horizontal or vertical. Stainless tubes, when you weld them, tend to always go in unexpected angles when I want them to be square. They’re very sculptural.

‘‘I’m really excited to see them up in groups to see how they respond to each other. It’ll be interesting.’’

The short amount of time she has to install her exhibition is also a bonus, she says.

‘‘Everything has to be worked through quickly and you move on to the next piece rather than committing to one piece for months. It’s a nice experience, which reflects in the exhibition and on the installation.

Her time in Dunedin over summer had allowed her to really focus on her work with few distractions.