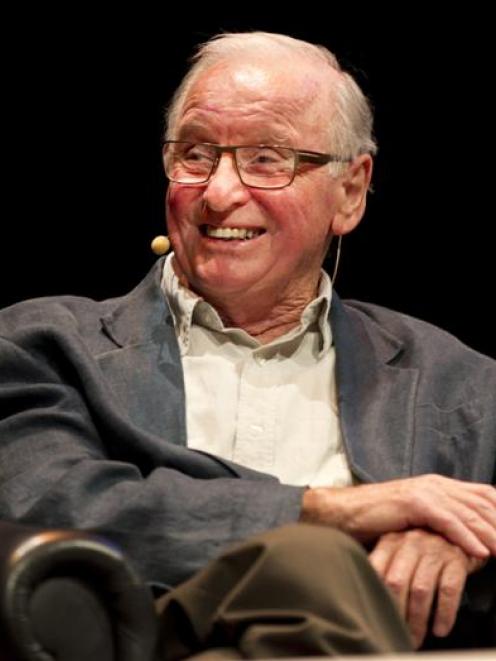 Maurice Gee offers insights into young-adult writing and his childhood in Creeks and Kitchens. Photo by NZ Herald.
Maurice Gee has often said he is a writing writer, not a talking writer, yet over a career of more than 50 years he has accumulated a long list of published interviews, a shorter list of published lectures, and a few essays.

In these he has talked knowledgeably as a craftsman rather than a theoretician, revealing much about how his books have been made and where they came from.

The present book, one of the BWB Texts series of ''short books on big subjects from great New Zealand writers'', was published first as an e-book and then as a printed paperback, and is drawn from two of these texts: Beginnings, the first of a series of essays by New Zealand writers on how they began, published in Robin Dudding's Islands in 1977; and Creeks and Kitchens, the 2002 Margaret Mahy Award Lecture, published in The Inside Story, Yearbook 2002 by the Children's Literature Foundation of New Zealand.

Gee has intercut the 1977 essay with the first parts of the 2002 lecture to form a coherent childhood memoir that makes up two-thirds of the text. 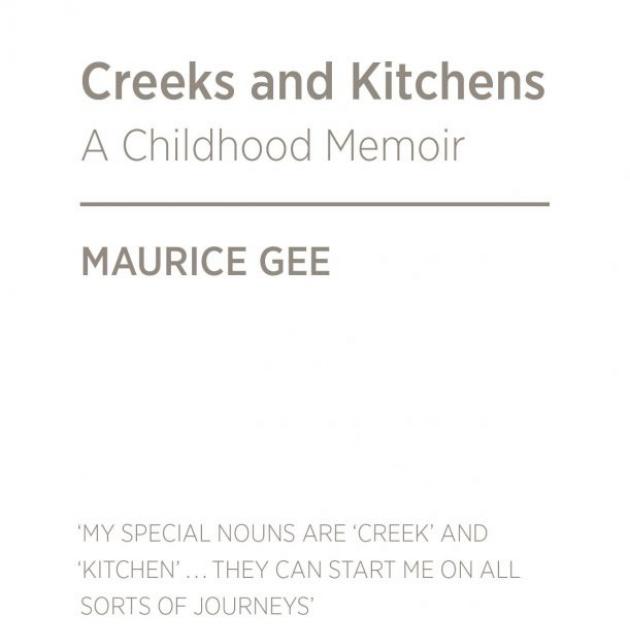 CREEKS AND KITCHENS: A Childhood Memoir <br> <b> Maurice Gee </b> <br> <i> Bridget Williams Books

It is a richly detailed picture of Gee's childhood world in and around Newington Rd, Henderson, in the 1930s and 1940s: the places, with emphasis on the titular creek and kitchen, ''the poles that I moved between for most of my childhood''; the people, including his mother and father, his maternal grandfather, the neighbours, schoolmates; some formative adventures, especially the moving story of his experience at Falls Park when he ''glimpsed sex and death''; the family stories told to him, ''providing me with material, with images, with starting places, for the whole of my writing life''; his reading, including accounts of his early fascination with the books of Zane Grey and then Charles Dickens; his adolescent attempts at fiction (with which Beginnings had ended).

The readers of the Plumb trilogy, In My Father's Den, Going West, Access Road, The Champion, Orchard Street and The Fat Man will recognise the way Gee used this childhood world in his fiction both for adults and for younger readers.

The last third of the book is a frank and indispensable account of Gee's aims and development up to 2002 as a writer of fiction for younger readers, ending with an eloquent defence of the controversial The Fat Man as an appropriate and potentially satisfying fiction for readers of 10 and older, presenting through its young protagonist the necessary experience of coming to see their parents as individuals, both real and fallible.

Both of the essays from which the book is drawn are difficult to come by, and we can be grateful for having them back in print in this rearranged form.

My one regret is that Gee did not also work in material from his effective 1987 Listener essay, The Way of a Writer, based on a 1986 New Zealand Books Council lecture, especially the vivid account of his and his brothers' raid on the local Catholic school (which appears in both his first and his last novels), and the entire last section, which discusses his fiction for adults.

An entirely new section dealing with his post-1986 fiction for adults in a similar way would have also been welcome, but, after all, Gee was not writing an autobiography.

We can wait for the biography in process, meanwhile having this fine memoir of his childhood and section on his writing for younger readers.

The ODT has five copies of Creeks and Kitchens by Maurice Gee (RRP $14.99), to give away courtesy of Bridget Williams Books.

For your chance to win a copy, email helen.speirs@odt.co.nz with your name and postal address in the body of the email, and ''Gee Book Competition'' in the subject line, by 5pm on Tuesday, April 22.

Winners of last week's giveaway, We Are All Completely Beside Ourselves, by Karen Joy Fowler, courtesy of Serpent's Tail, and its distributor Allen & Unwin, were: Emily Duncan, Debbie Williamson, Yvonne Coughlan and Judith Bateup, all of Dunedin, and Shannon Glennie, of Mosgiel.