A celebrity airs his childhood angst 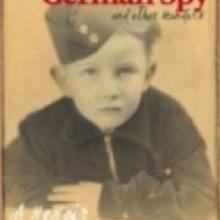 Brian Edwards researches the life of the father he never knew (who may have been a German spy).

Daddy was a German Spy is the intriguing title of the autobiographical "memoir" by Brian Edwards, of TV and radio fame in New Zealand.

The book carries a subtitle "and other scandals", but the first statement is its drawcard.

Was Brian's Daddy a German spy? Well there is some circumstantial evidence, and he certainly is portrayed as a rogue, drunkard, embezzler and bigamist who may well have been someone working for the Nazi cause.

He is shown to have been a commercial traveller, James Arthur Edwards (alias Leonard Robert Myram) who abandoned his wife and 2-year-old son on Christmas Eve 1939 and the boy never saw his father again.

Edwards' prolonged hunt for details of this man is an interesting one but not completely conclusive - the title really should have had a question-mark at the end.

The rest of the memoir, covering the first 25 years of his life in Northern Ireland, Edwards' Irish boyhood, family background and education, mainly covers memories of teachers, and his own poignant insecurity as the only child of a solo parent in a succession of lodgings - some with eccentric landladies.

The boy is painted as rather wimpish, hopeless at sport, who "never did anything".

At university, he managed to get a reputation as a mind-reader by using psychology to make guesses, but his adolescence and early manhood seem to have been a persistent but unsuccessful attempt to learn about sex, how to attract girls and to lose his virginity.

It's tamely humorous but gets a bit boring.

Edwards met (during a trip home in 1982) a former schoolteacher. He was asked what he had been doing in more than 30 years since school.

The reply (in the book, anyway) was this CV: "Well . . . went to Queen's University, then to Edinburgh for my doctorate, emigrated to New Zealand, taught at Canterbury University, got into TV, became famous, wrote a book about my experiences, stood unsuccessfully for Parliament, became a media adviser to a couple of Labour prime ministers, wrote a book about the '72 General Election, worked for a trade union, found myself unemployable, went relief teaching at a local high school, became a radio talk-back host, was tried for contempt of court for revealing the suppressed names of three SIS agents in a famous New Zealand spy trial, went back on TV with my own late-night show, devised and hosted a TV consumer programme called Fair Go [still running 30 years later], wrote a book on murder in New Zealand with a fellow called Bungay, married three times, fathered five kids . . . And it's still only 1982!"

Another 26 years on, Edwards could add a tailpiece to an updated resumé: he has possibly banished the hurt of boyhood problems, a missing and villainous father, and initial frustrations of sexual non-awakenings, by his opening up that murky closet for inspection.

- Geoff Adams is a retired editor of the ODT.