Fairly mild version of whodunnit genre but still worth reading 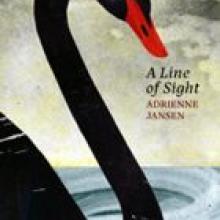 A LINE OF SIGHT<br><b>Adrienne Jansen</b><br><i>Escalator Press</i>
I read Wellington writer Adrienne Jansen's The Score a year or so ago, and enjoyed its quirky collection of characters, and its energy.

A Line of Sight, by contrast, seems underpowered. It's listed as a whodunnit, and there is a degree of suspense, but it's a fairly mild version of the whodunnit genre.

Nick is involved in the shooting of a trespasser on his father's farm. The mystery is whether Nick was the one who shot the trespasser, or whether it was an old family friend, Graeme.

The mystery element is woven about with such things as second sight, guns and the banning of them, the Vietnam War and its after-effects, father-son relationships, disillusion and more.

There's also a blind 8-year-old boy, who embodies the idea that the blind hear better than the sighted.

The connections of these elements to the main story is, at times, tenuous and, along with some loose ends, there's a curiously unnecessary death late in the story. Nevertheless, the main characters are strongly drawn, and make the book worth reading.

• Mike Crowl is a Dunedin writer, musician and composer.