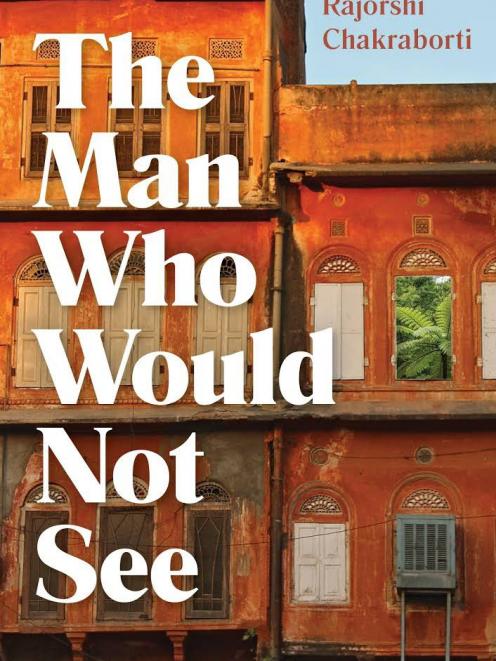 Jessie Neilson reviews The Man Who Would Not See, by Rajorshi Chakraborti. Publisher: Penguin Random House.

Rajorshi Chakraborti is an award-winning Wellington-based writer and this is his fifth novel. Originally from India, he has lived in various locales and experienced how ethnicity shapes and is shaped by collisions with other cultures. He realises that whether one is negotiating daily life as a native or as an immigrant can dramatically alter power relations.

The Man Who Would Not See is a sophisticated work that shows an acute awareness of changing psychological states and motivations as the main character is forced to consider who he might be, and re-evaluate his way of life.

Abhay is a writer, like Chakraborti, in his late 30s and living in Karori, Wellington. He and his lecturer wife Lena have young Mira, and Abhay is the stay-at-home dad who fits his writing around the raising of their daughter. Life is running smoothly enough, it seems, until Abhay's elder half-brother, Ashim, decides it is time to visit. Thus, in Lena's precise language, they welcome his "Machiavellian brother" into their lives.

As Ashim does not have the means to travel from India, Abhay and Lena pay. The stay is to be for four weeks, during which time the hosts will cover all costs. Abhay hopes to re-establish a bond with his half-brother.

They had met up five months earlier at a wedding in Calcutta. With the rest of the family spread over parts of India, contact over the years has been beyond minimal. Ashim also has a sister, but any recent details of her are unknown to Abhay as he has focused on his young family and new life in New Zealand. As Lena comes to see, theirs is the "ultimate out of sight, out of mind crew".

Unfortunately, close proximity with his brother this time proves hugely rupturing. A childhood incident in the city of Hazaribagh (aka The Blighted Night, or The Night of Endless Consequences), had disproportionate ramifications, leading to a split between the half-brothers which has not been healed.

From Ashim's arrival, goodwill and patience begin to unravel as Ashim chips away at Abhay's established life. His resentment beams into their home, and while the couple try to maintain their poise it is clear they are shaken. As Ashim keeps saying, "You've won this battle also".

The Man Who Would Not See is confessional, switching between the voices of Lena and Abhay as they query their memories of events both in the present time, and from Abhay's childhood.

The Man Who Would Not See is an intense study of deeply-held resentments within a family and of complicated personalities. The reader comes away from a fierce and angst-ridden portrayal of individuals who, in their ostensible clear-sightedness, may in fact be the very ones who are blind through their nonchalance and a refusal to see.

- Jessie Neilson is a University of Otago library assistant