History on a platter 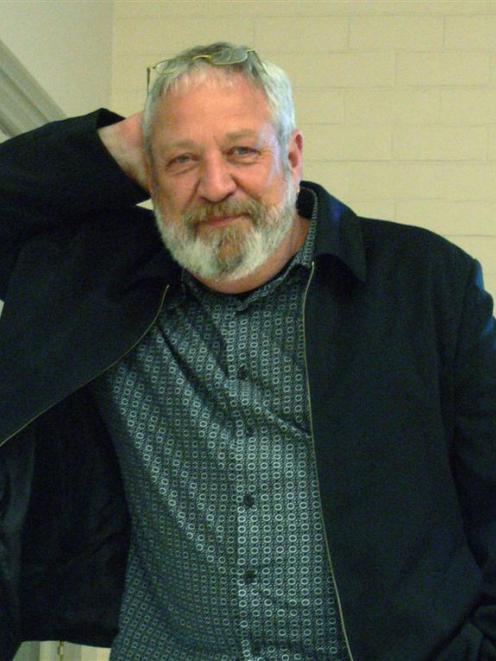 David Veart says his book is a personal exploration as much as anything else.
An obsession with old cookbooks has led David Veart to see what information about life and food of the past he could glean from them. Charmian Smith talks to the Auckland archaeologist about his new book, First Catch Your Weka.

Early Pakeha New Zealanders often cooked and ate whatever was available, including kereru, pukeko, kea, kiwi, and, of course, weka which were inquisitive and easy to snare with a shiny object. 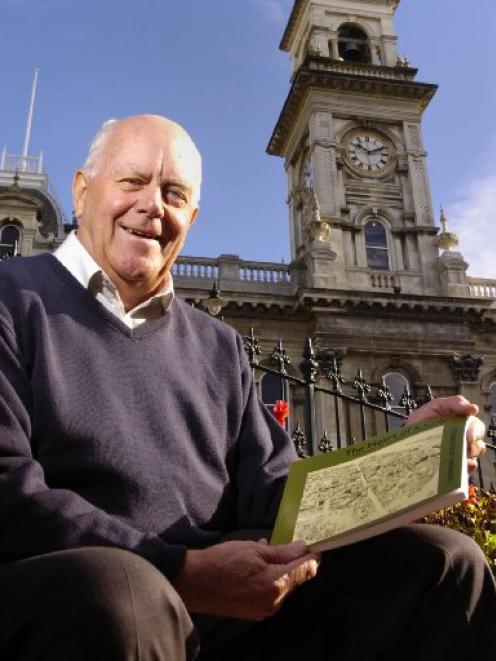 Norman Ledgerwood with his book Heart of a City: the Story of Dunedin’s Octagon. Photo by Peter McIntosh
He draws not only on his large library of New Zealand cookbooks collected over the years, but also on his own and his family's experience.

"My father brought back a lot of food habits [from World War 2]. He was the engineer attached to the Maori Battalion in Italy and interestingly he developed a taste for muttonbird there, rather than here.

"We were a fairly ordinary family but we drank wine, which was unusual. Mother served in the Australian army in New Guinea and she brought back a taste for tropical fruits and things, which I remember her desperately searching for in my childhood. Things like papaya were hard to get," he says.

Mr Veart, an archaeologist who looks after sites that were Maori gardens from about 750 years ago to the 1860s, when they were market gardens supplying Auckland, decided to see what information about food he could extract from his cookbook collection.

Then he realised that Prof Helen Leach and her team were doing similar work at Otago University.

It is hard to separate personal experience from writing about food, so this book is a personal exploration as much as anything else, he says.

The story is mainly of Pakeha cooking, although Maori food is in the background. Maori cooking didn't enter cookbooks until about the 1970s. However, Mr Veart says cookbooks don't tell the whole tale of what people are eating.

Often it was assumed that people knew how to roast meat, make a stew, boil corned beef or cook vegetables and recipes for these types of dishes are few.

Sometimes the only indication that people were eating something like corned beef was a recipe for mustard sauce.

"Go and look in your own cookbooks and see how many recipes for taro you can find. Then go and look at South Auckland, where Pacific Island people do their shopping, and there are mounds of taro outside the fruit and veg shops.

"People are eating things we don't have written recipes for. I think what we are seeing there is something very similar to Pakeha cookery in the 19th century, where largely the recipes are in the cook's head.

"I was trying to extract them from later developments to see how the cooks were responding to local ingredients and conditions and things."

Some of the earliest recipes for specific New Zealand ingredients were for fish which are different from those found in European or American waters, he says.

Many of the early settlers brought cookbooks, whether published or handwritten, with them from the UK. One handwritten recipe book from Scotland had several recipes for fruit added after arrival here.

Scottish cookbooks had few recipes for fresh fruit - or vegetables for that matter. However, in the cookbooks in his collection, the dominance of baking is overwhelming.

If you are looking for a New Zealand cuisine, that's where you have to start, he says.

Baking is something that lurks in the back of our minds. It's just part of how we eat. Mr Veart believes there are several reasons for this.

First it was a tradition that came with Scottish and other British settlers. But around the time New Zealand was settled, sugar was becoming an industrialised product - the Chelsea sugar works was set up in Auckland in 1880s - and was readily available.

"The other thing I see is a sort of combination of Scottish hospitality and Maori manakitanga - the idea of feeding and caring for guests and visitors. And often in the 19th century people would turn up on your doorstep because you were the only Pakeha family for 50 miles, and the tins were ways you could instantly feed someone. Sugar is instant energy and a preservative and it keeps reasonably well, and so I think that's part of it."

Unlike today, when numerous magazines with recipes and cookbooks of all shapes, sizes and persuasions are published, even if they are rarely cooked from, in the past a family might have only one or two cookbooks, which were often well used.

Mr Veart enjoys seeing comments in the margins or splashes on a page in the books in his collection, indicating that certain recipes were favourites.

Other fascinating information can be gleaned from community cookbooks.

In the 1920s there were advertisements for cars with electric starters that were "suitable for women", as they didn't need to be cranked.

Washing machines and refrigerators began turning up, though it was not until after World War 2 that they were more readily available and affordable.

In the 1950s, a nurses' association cookbook recommended offering cigarettes in different colours to cocktail party guests, and Mr Veart says he was astounded how many things could mould into savoury jellies, such as luncheon sausage, in Davis Gelatine cookbooks.

Katrine Mackay (1864-1944), who wrote in the Weekly Press in Christchurch in the late 1920s and published a collection of her columns in Practical Home Cookery Chats and Recipes, intrigues Mr Veart with her suggestions to serve food attractively and her recipes, some of which were derived from French peasant cooking.

It was the start of an interest in foreign food - something that flowered after World War 2 in Britain with publication of Elizabeth David's Mediterranean Food and in the US with Julia Child's Mastering the art of French Cookery.

• In the middle of the 20th century, American influences were also infiltrating New Zealand eating, and not only from Hollywood films.

From the 1930s until the early 1960s, Maud Basham, known as Aunt Daisy, ran a popular and influential radio programme, sharing recipes, among other things.

She travelled to the US in 1935 and brought back many recipes.

During the war American soldiers stationed here had also introduced New Zealanders to foreign foods, such as instant coffee, Coca-Cola, corn on the cob, chicken pie and ice cream.

But it wasn't only exotic influences that affected our food and cooking. Our climate, lifestyle and availability of ingredients were changing things from within.

Mr Veart makes an interesting comparison between two community cookbooks published by women's institutes, one in Yorkshire, UK, in 1949, and one in New Zealand in 1946, showing how the Pakeha diet had diverged from the British.

Both had lots of recipes for cakes, biscuits and puddings, although the New Zealand book also had more cold desserts, recipes for cheese dishes, confectionery, health foods (including wholemeal and oatmeal cakes and breads), and for preserves, pickles and chutney.

However, the main difference was the greater emphasis on vegetable recipes in the New Zealand book.

The biggest changes in New Zealand food were still to come, and among them was the introduction of television and television cooks such as Graham Kerr in the 1960s, Mr Veart says.

"He was cooking classic northern hemisphere restaurant food slightly simplified and fiddled for a domestic audience. Things he cooked would sell out of shops immediately."

In 1958, 50 Chinese Recipes for New Zealand by Nancye M. King gave "very authentic, un-mucked-around-with Chinese recipes. She gave the words for special ingredients in Cantonese on the assumption that you would buy them from someone like a Chinese greengrocer who might not speak English".

Cultural creep emerged as an element in these new trends.

Authentic French or Asian recipes may have been the starting point, but they were then fiddled with to make them easier to cook with ingredients to hand, such as cans of tomato puree instead of fresh tomatoes or using a packet of oxtail soup to make boeuf bourguignon, Mr Veart says.

"The ultimate cultural creep is when you get a frozen meal with an exotic French name and it's mass-produced somewhere. When you are aiming for a mass palate things become bland and sugar and fat are added."

Now things have come full circle and authenticity has become the fashionable accolade, and local and fresh are the current emphasis.

In the last 10 years we are re-exploring the New Zealand side of our heritage that we possibly lost sight of in the '80s.

New Zealand ingredients, and New Zealand chefs are influential around the world - but don't let us become too complacent, he says.

"There are huge numbers of cookbooks and recipes everywhere, but I'm intrigued as to how many get used. I suggest you peer into other people's supermarket trolleys. I'm always intrigued at what people buy - 10 bottles of Coke, piles of frozen pizzas. I live in Devonport and people there are eating kiddy food."

Dry the lettuce thoroughly in a cloth, shred it and sprinkle with salt and vinegar, chop the parsley and capers, and roll the anchovies in a salad bowl.

Garnish with the eggs cut into quarters and beetroot cut in fancy shapes.

Or cooked vegetables of any kind may also be used.