History told in a refreshing and lively way

Alison Clarke's book celebrating 150 years of the University of Otago is a satisfying, lively and first-rate read, writes Jim Sullivan. 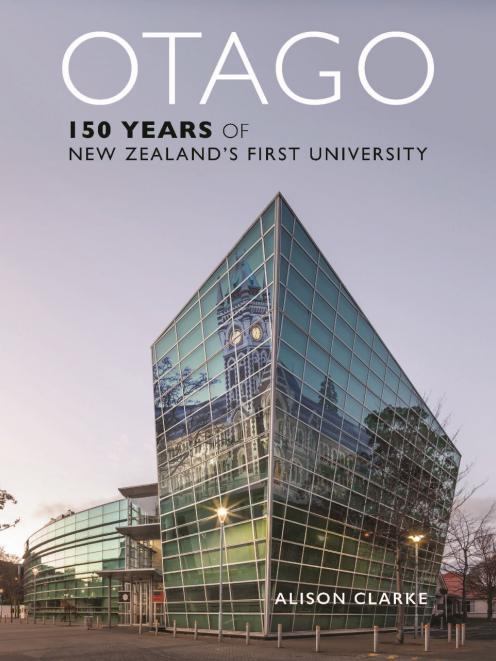 Institutional histories can sometimes be hard going, often determined to focus on the great and the good, sometimes dredging up the driest facts and festooned with portraits of long-gone leading lights. Otago University's previous biographers (George Thompson in 1919 and Willie Morrell in 1969) had a slight touch of this in their books but they were of their time.

In 2019 Alison Clarke comes to the task with a refreshing whiff of the way history is presented now and this book is a first-rate attempt at squeezing 150 years into about 500 pages.

So much has already been written about the University of Otago that the 100 pages of notes is a treasure trove which allows the author to mention topics (with a pointer to where more can be found) and then get on with the dozens of new insights and aspects of university life which only her five years of research could have revealed. Such selectivity has saved her from being overwhelmed by the enormity of the task. She quotes John Beaglehole with some feeling. While writing a history of Victoria University he noted, "it would be easier to write the history of the whole British Empire than this place''.

That Otago was first is given due recognition, but Canterbury and Auckland were not far behind so due emphasis is placed on telling the story of Otago's survival when Dunedin was no longer the leading city in the colony. The founding of the special schools like medicine, dentistry, mining, home science, and others was a crucial element of Otago's survival and their stories (usually dealt with in depth before now) are given a tidy summary.

But it is the last 50 years which will intrigue readers, many of whom will find something of their own student days being told. The students' stories, ranging across the Otago University Students' Association, the halls of residence, sports clubs, capping and a dozen other topics, are social history at its best. James K Baxter's Ode to Mixed Flatting and Joe Tui's fish and chip shop are given their rightful place in the glories of academia.

The chapter on buildings summarises graphically the re-making of North Dunedin. From the eventual demolition of Bill Matthews' old shop in Albany St which thwarted the completion of the Library/Arts Building in the 1960s to the amazing 2001 ISB which replaced the old library. (ISB is jargon for Information Services Building which even today's students usually call "the library'').

Otago has been enriched by its fellowships and its successful academics but the guitar-bashing musicians and the plodding undergraduates are equally important and by casting a wide net for information gathering Clarke has assembled a rich store of human interest.

It is impossible to ignore the importance of the university to the city. Central government, perhaps fixated by population figures, is frequently cast in a villainous role. Otago can take no blame for the demise of the School of Mines once it was shifted to Auckland and the university will continue to face the clamour of younger universities for medical schools and any number of other courses which northerners feel they deserve to have.

This book provides a satisfying, lively and easy-to-read story. Reading it will explain why having been a Scarfie is a badge of honour.