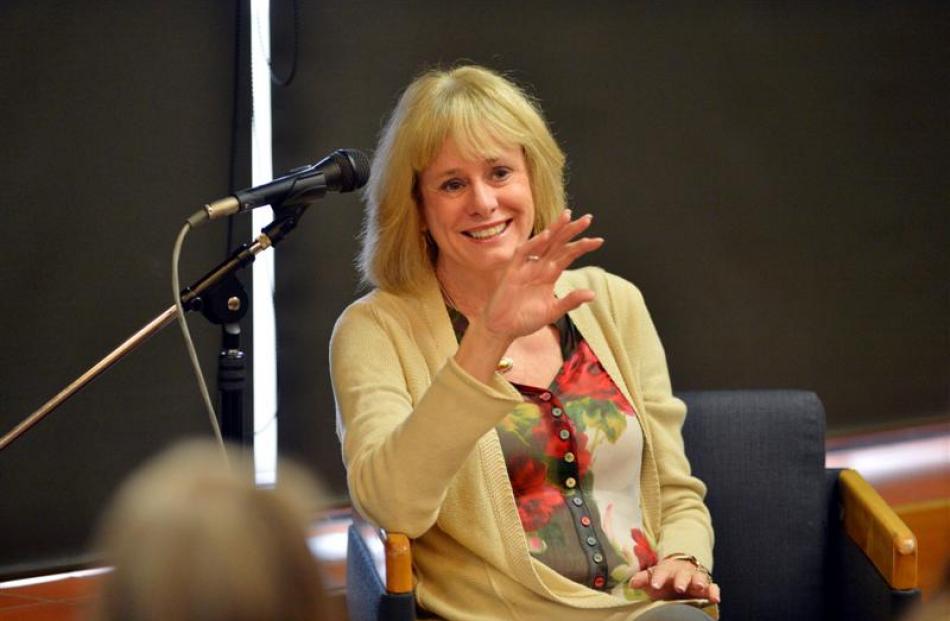 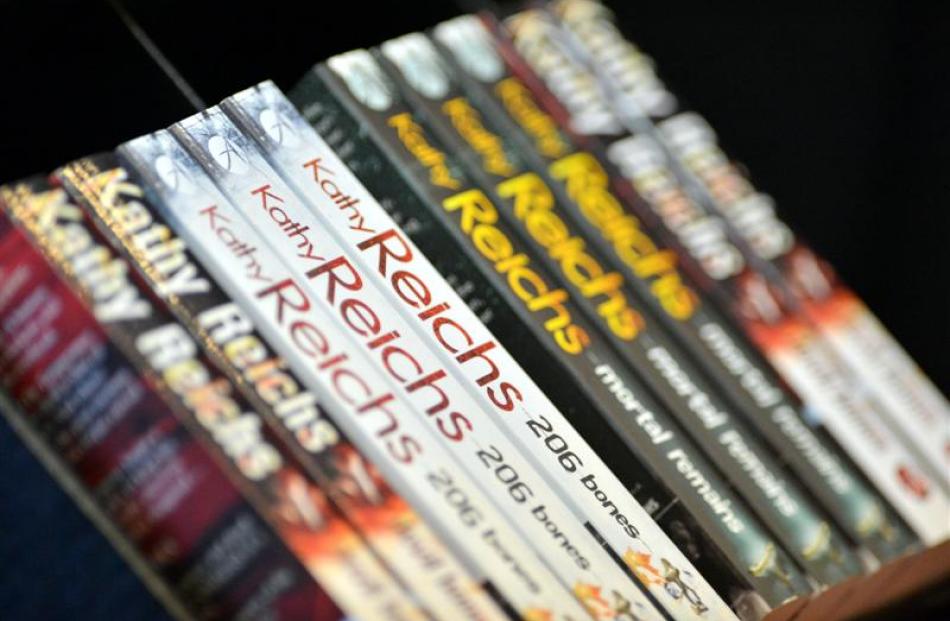 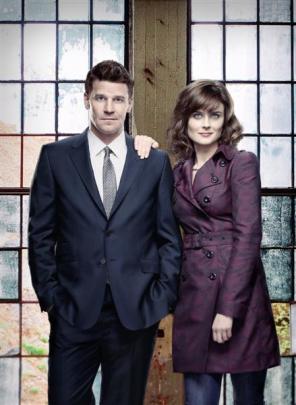 Kathy Reichs is the producer and inspiration for long-running forensics television drama Bones, which stars Emily Deschanel and David Boreanaz.

Kathy Reichs has written her 16th novel inspired by experiences as a forensic anthropologist. Bruce Munro is fascinated and mystified - and not just by the plot twists.

One moment the room is bubbling with quiet, expectant conversation. The next, Kathy Reichs appears in a chair facing the gathering, doors shut, silence falls and the talking begins.

No fanfare, minimal pleasantries. Just down to business.

It is Sunday afternoon and Reichs (63) is speaking in Dunedin at the start of a four-day New Zealand tour promoting her latest forensics crime novel Bones of the Lost.

She is dressed in a straw-coloured cardigan, olive dress pants, and a light button-through floral blouse whose hues tastefully tie together the entire ensemble. For the next 40 minutes she regales the rapt audience with tales of life as a world-class, globe-trotting forensic anthropologist; author of the best-selling Temperance Brennan mystery novels; producer and inspiration for long-running forensics television drama Bones; and, co-writer with her son of fantasy-based teen forensics novels.

The 80% female crowd in turn gasps, laughs and nods in agreement.

And then it is all over. The opportunity to buy a book, have it signed, take a snapshot ... and the place is virtually empty an hour after it all began. Efficient, focused, productive. Time, no doubt, well-spent.

For her part, Reichs entered the literary profession late. In 1997, having already become professor of anthropology at the University of North Carolina, Reichs became a New York Times best-selling author with her first thriller Deja Dead. Sixteen years later she is here promoting her 16th novel based on her experiences channelled through the books' main character, forensic anthropologist Temperance (Tempe) Brennan.

As Reichs selects a seat in the hotel lobby, her publicist asks if she would like a coffee.

Back to business, again.

In Bones of the Lost, Tempe is trying to uncover the identity and cause of death of a teenage girl whose body is discovered on a desolate highway in North Carolina. Before she makes much headway she is asked to go to Afghanistan to help ascertain whether a soldier facing court martial shot villagers in self-defence or in cold blood.

In the background of the story swirl concerns about Tempe's soldier-daughter, her soon-to-be-remarried former husband, and a current lover who is not returning calls.

By your 16th novel the writing process gets easier, Reichs says.

''I have a better sense now of how long each chapter should take and how it should flow,'' she says.

What is harder after 16 years, however, is ''sitting at a keyboard for long periods of time''.

Not that age, nor any other excuse, is allowed to get in the way.

''I don't believe in writer's block. I don't have time,'' she says firmly.

''I have to write, I have to produce.

''I'm about halfway through the next book. I should be further along because it's due in January. I will be intensely focused on writing when I get home.''

Her motivations for writing have morphed with the times.

Being able to bring forensic science to a wider audience has become ''keeping the science honest''.

''I research every little thing I put in to the books ... I take pains to make sure that when readers think they have learned something from my books, they have.''

And encouraging girls to pursue careers in hard sciences is now a pride in being able to give women a ''smart, tough but vulnerable'' character.

''We are in like 90 foreign territories on air and the books are in about 36 foreign languages.

''And that's really gratifying, that this character appeals globally in so many different cultures.''

She also writes to raise awareness and prompt reflection on topical issues. The theme of Bones of the Lost is human trafficking. United States foreign policy is placed in the dock with a simple one-liner uttered by Captain Welsted, Tempe's minder at Bagram military base, in Afghanistan.

''Objective one is to protect the free world,'' Welsted tells her.

That sentence was ''to show the character of the person who said it'', Reichs explains.

''I'm not suggesting the US should presume to right all the wrongs in the world, or to define them.

''But also, you thought about it. So hopefully other readers will think about it too.''

Reichs talks about her characters and storylines as though relating historic facts about living people. They are alive for her, at least for now.

''I'm under contract for 19 books. So, I'm working on number 17 Bones Never Lie. That will be out next year. And then two after that for sure.

Reichs says she tries to avoid coincidence in her stories. To reinforce the point she quotes her novels' heroine.

''I do try to have a logical string or logical explanation which you can follow back and see the clues were there.''

Bones of the Lost, however, has what appears to be a coincidence of Thomas Hardy proportions. Reichs is reluctant to talk details.

For Thomas Hardy, gross coincidence is used to argue a fatalistic world view. Nothing of the sort is going on in her book, Reichs says.

''They are murder mysteries ... The solutions are driven by science, but the bottom line is I want to tell a good story. I want my readers to be entertained, and hopefully they are also learning something.''

Reichs quotes Tempe to make her own points. She also says they share the same CV and the same sense of humour.

If the fictional heroine is the author's alter ego, what does Bones of the Lost reveal of Reichs' inner world?

Tempe, musing on childhood forces that shaped her, declares the focus of her passion is ''the search for truth, recognition, and justice for the dead''.

Does that reflect Reichs' own drives?

''Sure. Yeah,'' she says. There is perhaps a hint of reluctance to engage with this line of questioning.

And how about the thoughts placed in Tempe's mind as she sits in the Bagram headquarters, listening to apparently derogatory remarks about the locals?

''I hold no bias against any belief system, sexual orientation or skin colour ... I do not hate in stereotype,'' Tempe thinks.

Reichs agrees it is an important concept.

''I think there are a lot of people who think in those [prejudiced] patterns. They might never have met ethnicity A or ethnicity B and yet they have a stereotype in their minds,'' she says.

What then of the penultimate words of her novel, expressed by Tempe following a nail-biting showdown in a darkened warehouse on the edge of town?

''The world is rife with evil and misfortune,'' Tempe says.

''But it is also full of good people determined to right wrongs. I would not sink into sadness. I would celebrate those who refuse to give up. Those who battle to make things better.''

Is this Reichs' take-home message for her readers, born of her own experiences and her own view of the world?

''People always say 'Aren't you cynical? You see such horrible things.' But I also see the good side. I see all these people working so hard to bring justice for victims, or to bring their identities back to them.''

Tempe appears a reliable guide to the psyche of her renowned creator. But something is missing.

Reichs, like Tempe, is preternaturally focused and driven. Her abilities and accomplishments are extraordinarily numerous. She is easy to admire but, compared with Tempe, hard to warm to.

Where is the vulnerability that engenders empathy?

Tempe regularly shares with readers her doubts, weaknesses and fears.

''I felt a wave of pity, followed by unease ... Given my record, I was hardly in a position to counsel others ... I wondered. In my state could I make good decisions? ... ''

But Reichs, it appears, will remain the consummate professional.

In the final analysis, does Tempe provide a truer representation of Reichs than the person just interviewed?

Reichs offers her hand, a word of thanks, and turns to leave. Then she pauses, gestures towards the review copy of her book.

''Do you want me to sign that for you?''She hesitates.

''I never know whether to offer or not,'' she adds.

''Whether it's worse to mention it or to not mention it.''