Author Janie Chang, a Taiwanese Canadian, draws on her own family heritage and ancestors’ beliefs in her second novel. 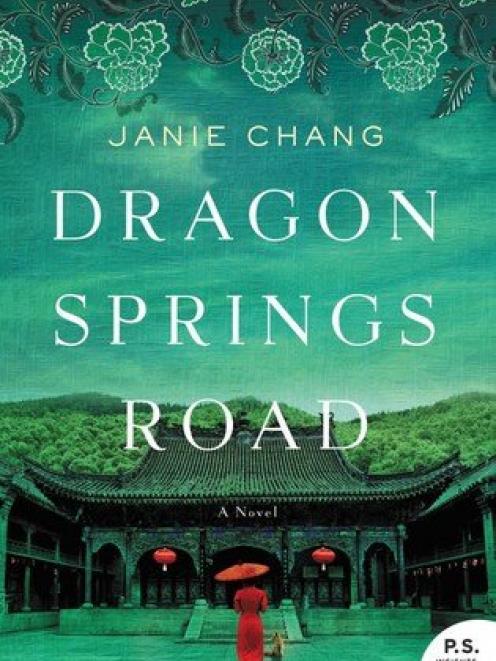 It is 1908, the Year of the Monkey, Dragon Springs Road, Shanghai. In a traditional, affluent Chinese housing complex, a young girl is abandoned by her mother, with little explanation.

The 7-year-old, Jialing, is Eurasian, or za zhong, as strangers insult her, and as such is treated with contempt by most of society. She has little chance of education or opportunity beyond prostitution, but fortunes look up when she is taken under the wing of the new family in residence.

As a bond servant, she is "owned" by them, and a series of mixed experiences ensues.

Given the political climate where China is moving towards ongoing revolution and the old imperial era is on its way out, times feel unstable.

The influence of foreigners is deeply resented in a country that is clinging on to its own power. Visitors cross Jialing’s path, from Ireland, and missionary schoolteachers from England.

They bring with them more liberal approaches, and Jialing finds herself being schooled in an environment where she is viewed with more compassion, and her mixed race, hun xue, being "the best of both worlds".

With a confident hand, Chang details a landscape of memories, where traditional spiritual beliefs coexist with the more modern ways of living.

As in her first novel, Three Souls, there is a strong element of magical realism, this time carrying in main through the character of the Fox.

A figure from Chinese mythology, the Fox frequently appears in the guise of a woman, to guide and protect our young protagonist.

Chang keeps her language clear and eloquent, so  the mythical manages to fit in seamlessly enough.

While a little slow in the first half, the pace picks up when political intrigue becomes personal and innocent individuals find their lives at stake.

Chang brings in then-contemporary events, deepening the urgency of the atmosphere.

The leading characters are convincingly three-dimensional.

Added to this is a strong sense of time and place, making Dragon Springs Road a dense yet worthwhile tale.

Jessie Neilson is a University of Otago library assistant.