NZ setting to the fore of '60s tale 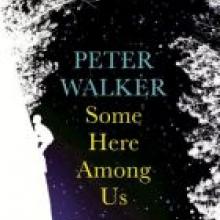 SOME HERE AMONG US<br><b>Peter Walker</b><br><i>Allen & Unwin</i>
In this character-driven novel set predominantly in 1960s New Zealand, the locations come to the fore.

Detailed descriptions of Wellington, Auckland and the rural East Coast show Walker's fondness for the land he left 30 years ago, bound for London.

He touches on serious topics, including war, foreign policy and international relations.

Victoria University students protest Vietnam in front of the Beehive, while navigating friendships and romances that pull them in opposing directions.

Their entitled sense of freedom, choice and optimism is diminished when, by accident, mysterious Maori acquaintance Morgan Tawhai falls off a sheer Wellington path.

Decades on from his death, key characters are woven into debate about 9/11 and the United States' relationship with the Middle East.

Despite the sometimes sober context, it's a light-hearted novel, balanced with musical references.