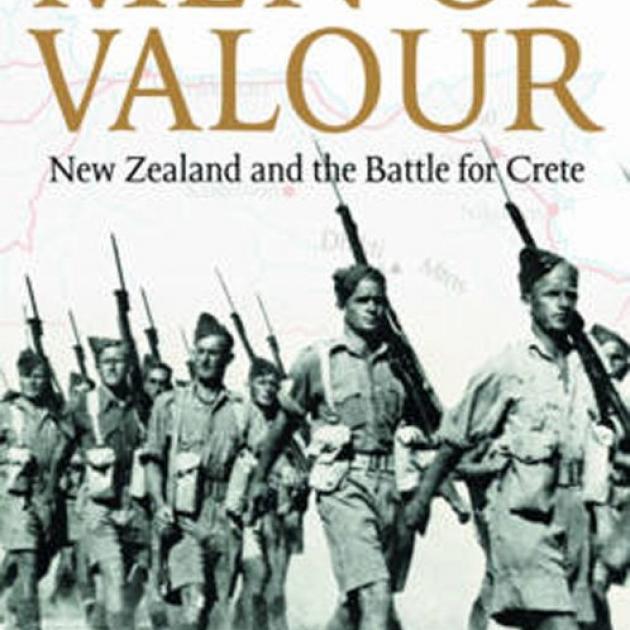 MEN OF VALOUR<br><b>Ron Palenski</b><br><i>Hodder Moa</i>
The 1941 campaign on Crete was viewed at the time, and is seen even more strongly in retrospect, as the World War 2 equivalent of the 1915 Gallipoli campaign in World War 1.

They had much in common. They were fought in the same eastern Mediterranean theatre over small areas; they were pivotal events for New Zealand; the alliance of which New Zealand was part lost both.

But because they were seen then and since as so important to New Zealand, this country has overemphasised its role in the eventual outcome. In neither campaign did New Zealand troops form a majority of Allied soldiers, although on Crete we did provide the overall commander - General Freyberg.

This overemphasis plus national pride has led New Zealand to seek to find scapegoats to blame. On Gallipoli, the blame was placed on ''stupid, ignorant'' British officers. On Crete it was more complicated, with blame being allocated by their partisans between the different leaders.

The author of this latest history of Crete is not a professional military historian and so does not have an axe to grind. Ron Palenski is perhaps best known as a sports journalist - which I once was myself decades ago - and that genre searches for the telling anecdote. Instead of endless details about the campaign, Palenski provides riveting personal details about those involved.

His conclusion about the Crete campaign is that the odds against the Allies winning it were insuperably high. He makes a very good case for this. They were fighting the best-trained, best-armed, best-led soldiers in the world in a type of campaign that had never been fought before - a parachute invasion - and so almost impossible to defend against. Losing was a great pity, but it was not a disgrace.

The German casualties on Crete were so high that Germany did not mount another parachute offensive during the war. The only real one the Allies mounted at Arnhem was a disaster. On those grounds, if no other, Freyberg and his soldiers were vindicated by the Crete campaign.

The Allied leaders on Crete were not brilliant, but they were OK. Most of the soldiers' equipment had had to be abandoned in Greece a few weeks earlier, including radio communication equipment and heavy artillery. Better leadership might have delayed the defeat, but it was inevitable. Palenski makes the case for this persuasively.

So his book may be the best account of Crete yet because it is balanced and aimed at the general reader. Earlier accounts have tended to be either too partisan in their focus on the shortcomings of the leaders, or too detailed and technical, or both. Leadership and technicalities deserve attention, but not at the expense of common sense.

As an added bonus, Palenski has included some superb colour illustrations of paintings by official war artist Peter McIntyre, who was on Crete. There is also a general map, although one with less space devoted to national flags and so more space available for places of interest would have been helpful. A map of the eastern Mediterranean would have put the campaign in geographical perspective.