Hamesh Wyatt reviews Good Business, Walking to Africa, Dressing for the Cannibals, Wit of the Staircase, and Because Paradise. 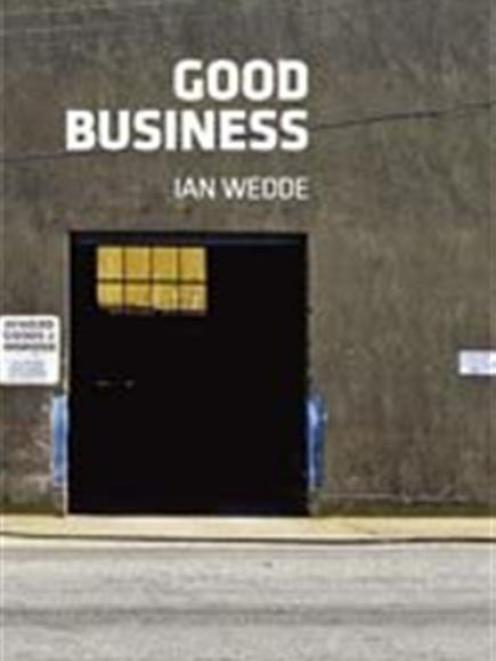 There's a blessing and powhiri going on at the refurbished Kentucky Fried Chicken
on the corner of Kent Terrace and Pirie Street, across
the road from the Toyota sale yard whose snappy flags match the crisp new uniforms
of the KFC staff, standing with their hands clasped reverently
beneath their stomachs…

Yum, KFC. And yum to Ian Wedde's new collection of poems, Good Business, of which "KFC" is one.

Wedde loves playing with the reader and has done so for many years.

His writing can be as likeable but persistent as a drunk at a party.

I guess he is talking about being committed, compelling and getting right under the skin. His poems do that.

His 35 new poems are simple, lucid and charming.

His last collection was the underrated but lovely Three Regrets and a Hymn to Beauty (2005).

This time around Wedde is having a few laughs. One section includes seven dreams.

He talks of being naked with Katherine Mansfield and Goya.

The smell of an elephant gets to him; and how disturbing The Warehouse can be. Humour is never far away from this new work from one of our most established poets.

Like KFC, this little book is big on taste and small on price.

If you're the sort of person who'd rather pull out their own teeth than read poetry, Good Business could be the introduction you need. 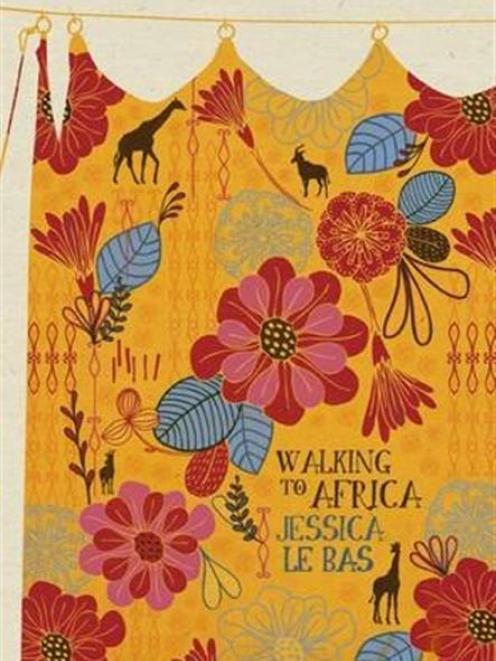 Walking To Africa, by Jessica Le Bas, is totally different.

Walking to Africa, published with assistance by the Mental Health Foundation of New Zealand, contains five years of writing.

The entire collection is dedicated to Le Bas' daughter, Genevieve, as she journeys through the mental-health system.

The reader meets specialists A through F, friends who help, an angel/nurse and the Ghostman who never comforts.

Africa is full of heartbreak and a feeling of powerlessness.

Poems journey through the seasons, but the warmth of summer never comes; these poems ache.

Some are hushed prayers that drift off like ghosts, as in "Aftermath":

And the angel/nurse whispers
she is sleeping It off
the anaesthetic
the muscle relaxant
the whole 45 seconds of seizure
the pain relief
the trip back down in the wheelchair
the paste in her hair that will not wash out when she does finally
stand to shower
to wash warm water over her
And the angel/nurse in her heaven-sent voice says
It's okay to cry
She is doing ok.

Le Bas opens everything up for the reader. There is some rage and plenty of tears. She is so honest. 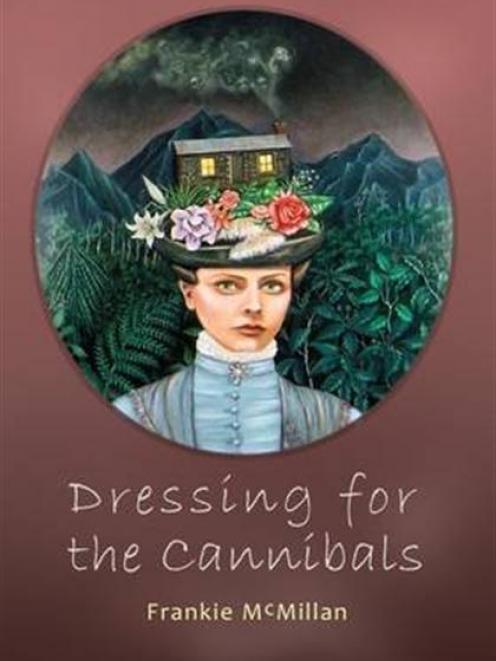 Away from laughs and mental illness is Frankie McMillan's more traditional debut collection Dressing for the Cannibals.

A child turns into a bird in "Why my son lives in the sky". Gretel's mother reflects on how her children left home in "I meant those kids no harm".

Spot the influence of television in "History Channel":

These poems walk a line between the familiar and the challenging.

The writer, another graduate in creative writing from Victoria, pens polite poems with a sultry sense of resignation, withdrawal and a curious sense of introverted optimism.

Her revisit of Harlow's 1981 classic "Today is the Piano's Birthday" is a gem.

This is solid stuff from the winner of this year's New Zealand Poetry Society International Poetry Competition. 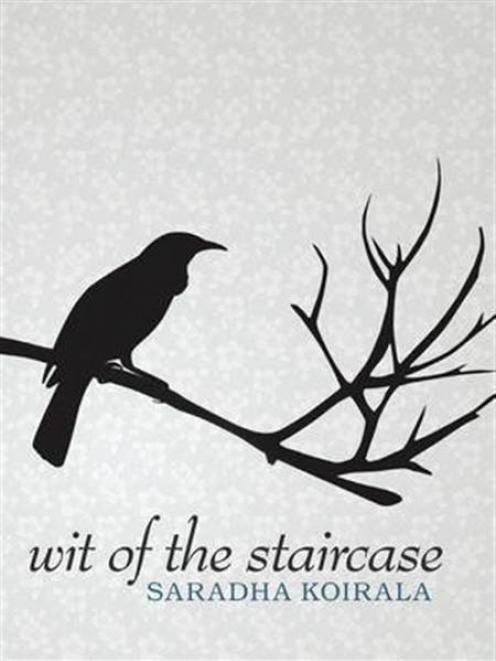 Saradha Koirala is 30 and studied English Literature at Otago University.

She is highly articulate in this, her debut collection, Wit of the Staircase.

She said Wasted Days and Wasted Nights played over and over.
She said she thought it was odd that the music was playing
because Shirley didn't like loud music, she said.
They said one of the gunshots set her clothes on fire.
She said she put in her earplugs and went to bed
and learnt of the death in the morning, she said.

Koirala makes a mountain in "Creation", likes being with her father "Once a fort knight" and in "Nepal".

Her memories are not always happy. Moving into a new house as a little girl "As I remember it" finds how her life was not easy. Her focus is razor sharp. This young woman will be going places in our literary scene. 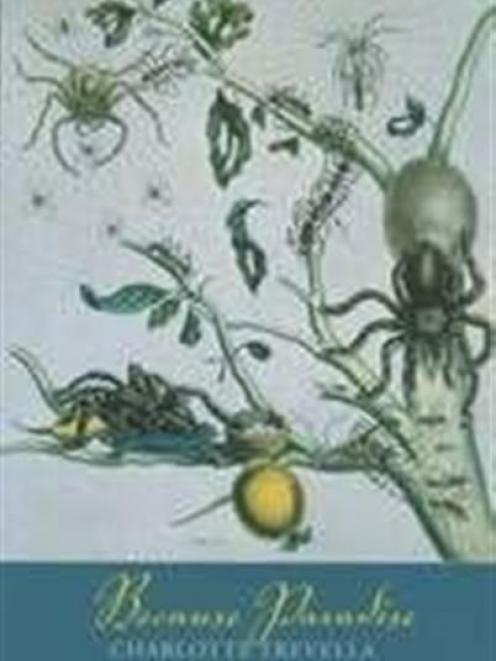 Even younger than Koirala is 17-year-old school pupil Charlotte Trevella, who has won a raft of poetry awards already.

The cover of her first collection Because Paradise has spiders having ants for lunch.

The uneasy feeling permeates her work.

Trevella helps bury a horse and sees how children draw birds that are terrible creatures with four ragged wings (in "Airborne").

She writes memorable poems, as in "Auschwitz":

…Auschwitz
is rock and
wire and
sharp geometry.
And Auschwitz
will stand
when frost-bitten
clouds collapse,
when words and
wisdom thaw
into the ground.

Many of her poems focus on the sky, which dies in "Genetics", dissolves into words in "Nest", turns rabid in "Brothers Grimm" and tears itself open to show its slow-beating heart in "In Wonderland".

This is quite an incredible work from a very young talent. She has real vision.

Any of these books would make great stocking-stuffers for those adult readers who want something a little unusual this festive season.

All of them are far better than an orange or a handful of nuts.