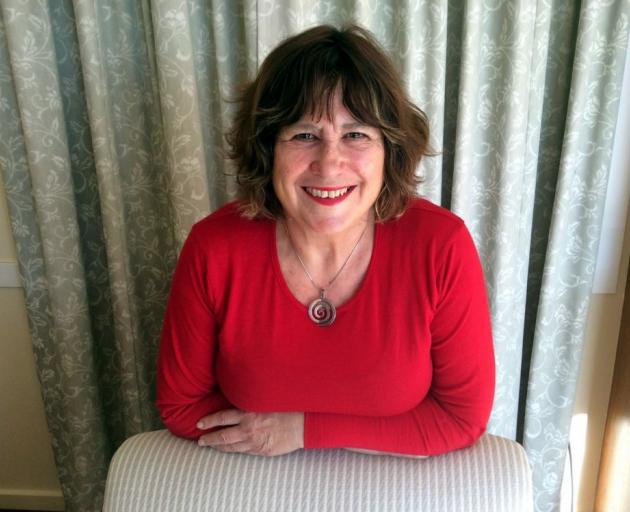 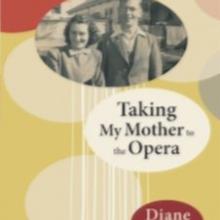 Dunedin's Diane Brown runs her own writing school. In 2013 she was made a Member of the New Zealand Order of Merit for services to writing and education.

Taking My Mother to the Opera is a personal memoir. As Brown says, this is not a series of individual poems so much as one long poem. This is bright, exciting, beautiful and dark. Brown produces a little bit of genius.

She looks at 1950s New Zealand to today. A family house is sold. A father's war experience is never fully revealed. All of this tells a story. Brown looks at managing ageing, infirm parents.

. . . So I laugh, tell jokes,
a performance so polished, I'm
watching
myself in the wings, knowing
I'll be embarrassed later, but
hoping
he sees I'm trying to do him
proud,
hoping he knows what he's
given me. 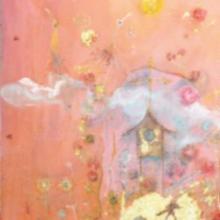 Miss Dust writes poems about coffee and tries online dating amongst other things. She pens poems in detail. Miss Dust wears a Karen Walker top, boils a Sunbeam kettle and enjoys a can of Speight's.

Johanna Aitchison does not write about a life that is all light and fluffy. Miss Dust, the first section, is clear-eyed and unvarnished articulation.
In 1996 Aitchison was a lawyer in Dunedin. She quit her job as a solicitor, partly because she wanted to write. She got into writing poetry that is frank, funny, upbeat, sharp and free of additives.

His fingers make her heart.
His skull is the most wonderful
thing she's ever.

Miss Dust is magical and dreamlike. 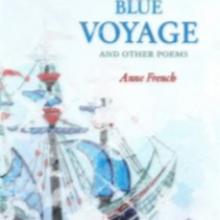 This is Anne French's first new collection of poems in 11 years. She knows how to be sad, brilliant and at times approaches greatness.

Take flour, butter, basil, and a
fresh hen;
or take beef, wine, bay and
porcini mushrooms;
or take instead a green hillside,
sunshine and a girl
so lovely the cows lift their
heads as she saunters past.
Take a black night, a handful of
stars shaking in the cold air;
and a sense of possibility. Take
the sound of a stone flute
and a lantern lighting the path, a
cloud of insects rising;
take an owl making concentric
circles of silence.

This little collection is full of elegies, laments and funeral songs. French is quotable, charismatic, brooding and playful as ever. It is great to have her back. 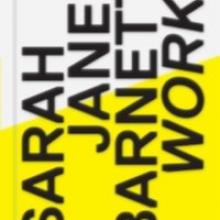 Sarah Jane Barnett's second full-length poetry collection contains six poems that move around the globe. Each is linked by the character's fight for a normal life.

In the bathroom she is halved
by the mirror.
She walks
the linoleum corridor, lies down
under a white sheet. Light
plays over the ceiling.
She remembers
each tile, their limits.
The doctors
slide into her bright abdomen.

Somehow she finds a common good between shout and whisper. She does hit and miss at times. But when she is on, she is aching, thoughtful and genuinely inspired. 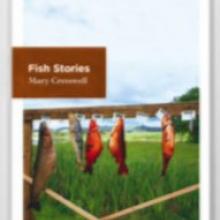 Mary Cresswell came to New Zealand from Los Angeles in 1970. She has an interest in New Zealand natural history. Fish Stories builds on her experiment with ghazal, a traditional form of Middle Eastern and Indian lyric poetry. It is vivid and alive.

There's some funny winds out
there, says the boatman.
He pockets his BlackBerry and
takes the helm.
Contour troughs of rain collect
like ponds overhead.
They're too thick to see through,
too thin to drink.
When the Japanese were here,
they built a shrine
from the bleak white stones
overlooking the reef.
The seagulls' bones are like
pumice, filling the lagoon
with thoughts of the floating
world.
Grey-green children howl on the
shoreline;
the waves are their heartbeats
crossing the bar.

Fish Stories is superb and relentless. 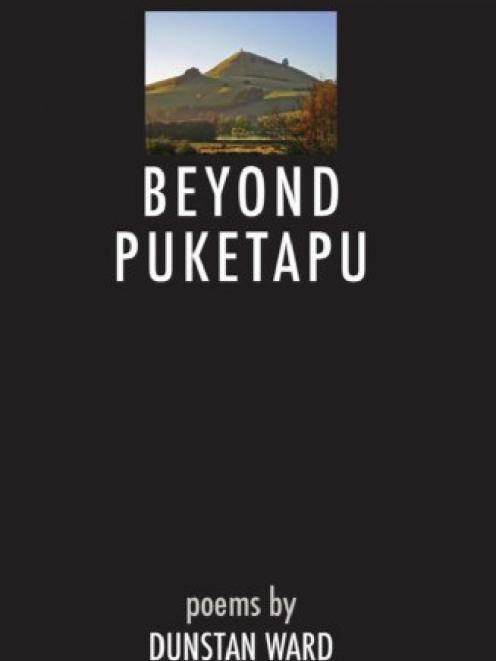 Dunstan Ward was born in Dunedin, studied at Canterbury University and taught at Waikato University. Since 1973 he has lived in Paris. He is over 70.

Beyond Puketapu is his first collection of poems.

Above the river, the tall trees,
grey with evening, are still:
yet in the water's light,
more harsh, pure, than the
fading sky's,
their darker selves stir, sway.
A bird swoops, within the river
its other soars more swiftly to
meet it:
they touch: for an instant
the glass shivers -
intact as they curve apart,
their flight opposing arcs,
fragments of a broken circle.

Puketapu is a high conical hill topped by a tower-like monument which dominates the landscape between what was Ward's father's North Otago farm and the Pacific.

These poems offer real moments of depth. He goes through a cathartic experiment with the confessional, offers prayers and learns lessons from a godmother. Things clearly rock Ward.

There is no shroud of mystery in this debut. 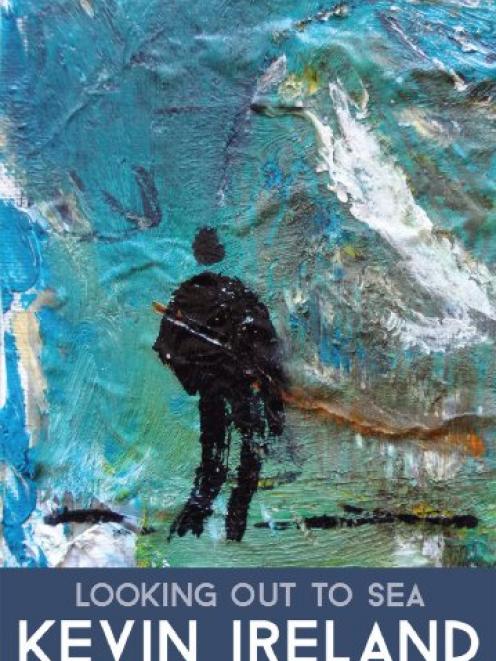 This is Kevin Ireland's 22nd collection of poems. He loves telling stories through his verse. Ireland is over 80 and has been writing poems for more than 50 years. This little collection contains a moving elegy for his brother, finds Ireland hanging about in bed and taking off overseas a couple of times.
Ireland mixes wine with words. He even penned one on a special vintage of Cold Duck sparkling red to celebrate the 25th Anniversary of Montana Wines.

Do you remember
those dazzling times
of dances, parties,
food and wine,
the midnight swims,
the talk, the tunes,
and the corks we aimed
at the summer moon? 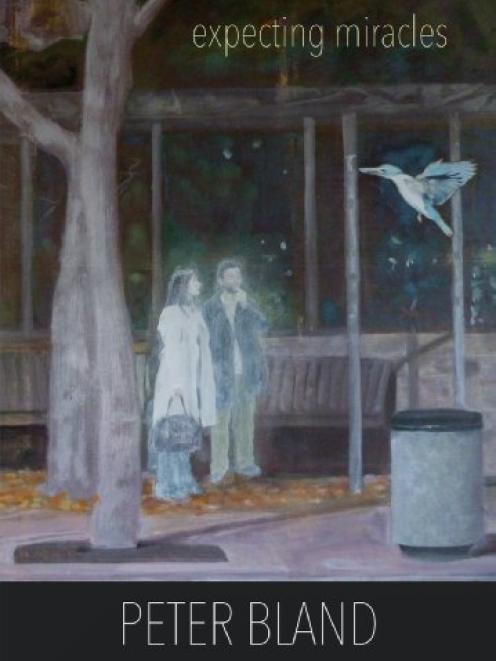 Peter Bland is around the same age as Kevin Ireland. He has had a lifetime divided between England and New Zealand. Bland is an actor, poet, playwright and critic. He has produced many collections of poetry.

Like Ireland, Bland misses people. He is intelligent, witty and knows how to dazzle and amuse through his poems. He ponders zombies and Mr Maui makes his usual appearance in this slim volume.

and the last of the light
leans in. Evening
is the one time
when I never ask
where I'm going next,
there being only
an old sense of belonging
that's close to grief
at past failings to acknowledge
what's so openly and freely
given. 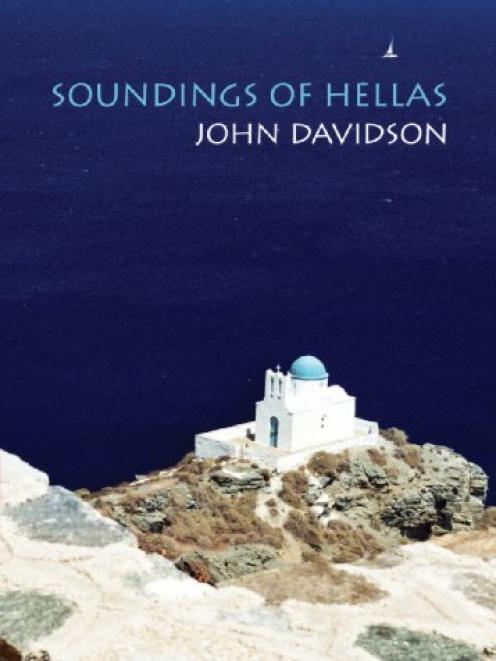 John Davidson is a retired Victoria University classics professor. He loves the history and culture of Greece. This is his third collection of poems.

Wind funnelling down
Wellington streets -
we button up, stand lung to lung
singing
as a bulldozer picks its delicate
path
through rubble, and the fist of
progress
tickles monochrome brick.
Construction crane gliding
smooth above -
once a crane would have swung
Athena
from the sky to prop up some
tottering
myth. Now it's concrete to
reinforce
multi-story culture.