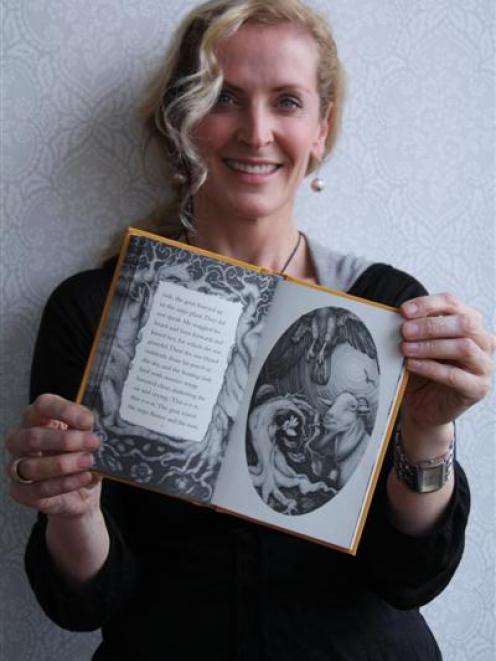 Artist Deidre Copeland with the newly-published Janet Frame novella, The Mijo Tree.
A secret manuscript locked in a trunk for 40 years; it could only be a Janet Frame story. Nigel Benson uncovers the roots of The Mijo Tree.

The book Janet Frame never wanted to see published was unveiled in Dunedin last night. And the story of the book is nearly as intriguing as the story in the book.

''The Mijo Tree is unique for the secrecy surrounding it. Janet never spoke publicly of it and its name was unknown,'' Frame's niece and literary executor Pamela Gordon said this week.

''It's the last book, so it is a little bit sad. We've done something every year or two since she died, 10 years ago this January.''

The 96-page novella is the fifth and final posthumous publication of Frame's previously unreleased manuscripts by the Janet Frame Literary Trust since the author died, aged 79, in Dunedin on January 29, 2004.

It was a time of new experiences, including her first romance.

''Perhaps she realised this transparency and kept the manuscript private for that reason,'' Gordon mused. 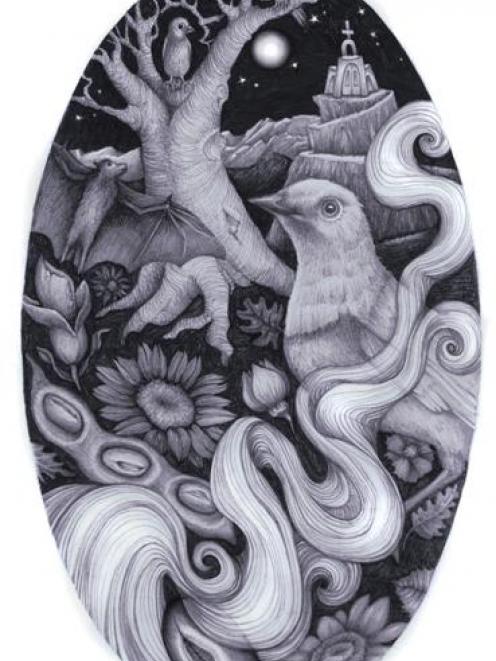 The graphite on card illustrations for The Mijo Tree. Photos supplied.
''The beautiful lucidity of the writing initially gives the reader the impression that The Mijo Tree is written for children. As the story unfolds, however, that impression is soon shattered. This grim tale is more like a scary fairy story for adults.''

The carbon copy was lodged at the Hocken Library inside a trunk of her effects in 1970.

Part of the challenge of publishing The Mijo Tree was selecting illustrations for a book that had never been published, Gordon said.

Cromwell artist Deidre Copeland was earmarked for the job.

''Deidre does wonderful work. She's so professional and what she produced is perfect. You can tell the illustrator is very familiar with the book,'' Gordon said.

Copeland confessed to reading The Mijo Tree ''about a million times'' before she started work.

''I've been a fan of Janet Frame for a long time, so it was an honour to be asked. I was lucky to be able to do it,'' she said this week.

The artist was given complete freedom, as long as images were black and white ''with the feel of a book from the 1950s''.

Frame was an internationally acclaimed Dunedin-born author, who published 11 novels, four collections of short stories, a book of poetry, a children's book and three volumes of autobiography in her lifetime.

The Mijo Tree was launched at the University Book Shop last night. An exhibition of Copeland's illustrations for the book opens at The Artist's Room on Saturday.