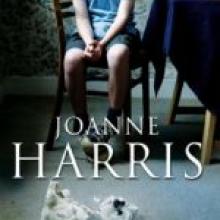 Cushla McKinney reviews Blue eyed boy, Hand In The Fire and So Much For That.

Joanne Harris' Blue eyed boy is, quite literally, a world away from that of Chocolat.

Welcome to badguysrock.com, a cyberspace community where wannabes can post their fantasies of crime and evil to an appreciative audience of fellow dispossessed, angry or dysfunctional fellow travellers.

Created by and controlled by B. B., the blue-eyed boy of the title, the website is a place for confession and revelation in complete anonymity. There are no names, although B. B. knows exactly who its members are, and no rules.

If any exist, B. B. keeps them to himself.

The novel unfolds as a combination of restricted diary entries and public posts, controlled and revealed by B. B.

Born with synaesthesia, for him words have tastes and smells that constantly threaten to trigger paralysing migraines, forcing him to shield himself from reality behind his iPod and computer.

At 42, he still lives with his controlling and abusive mother - he is the precious and sole surviving of her three sons - and it is only in the virtual world of badguysrock.com that he can find escape.

Or so it seems.

On the internet you can be anybody you want and the lines between fact and fiction, actor and avatar are infinitely mutable. The two main characters, B. B. and a woman who signs herself "Albertine" are somehow linked to an unspecified tragedy involving a blind young prodigy called Emily White.

Stories and characters are constantly switching as B. B. stalks Albertine in an intricate cat-and-mouse game that he hopes will bring him freedom from both his present and his past.

Blue eyed boy sees Harris pushing the boundaries of her writing to a new level.

Disturbing, shocking and downright nasty, this thriller is impossible to put down.

In Hand in the Fire, the passions and contradictions of contemporary Ireland and the difficulties of assimilation into a foreign country are writ large within the minutiae of the domestic.

The narrator, Vid Cosic, is a Serbian emigre fleeing the ghosts of his past.

A stranger in a strange land, he receives an unexpected and apparently unconditional offer of friendship from young Dublin lawyer Kevin Concannon, which seems to be a blessing.

When Kevin (acting in Vid's defence) leaves a man beaten and bleeding on the pavement one night, Vid becomes the main suspect. In loyalty to his friend Vid remains silent about Kevin's involvement, and in return the lawyer arranges for him to do some work on his mother's house.

While there, Vid learns about Kevin's estranged father, Johnny, and the tragic story of his aunt, Maire Concannon, whose pregnant body was washed ashore and buried in an unmarked grave on Inishmore in the early 1900s.

When Kevin's sister Ellis falls pregnant to her deadbeat boyfriend, Vid feels compelled to unravel the question of whether Maire's death was suicide or murder, and to reconcile Johnny with the family, lest history repeat itself.

Kevin responds with a rejection as sudden and complete as his initial friendship, while the consequences of the violence he committed at the beginning of their acquaintance return to Vid with tragic results.

Although not quite in the league of Colm Toibin, Hugo Hamilton uses the eyes of an outsider to skilfully capture the complexities of the Irish character without passing judgement, and in so doing takes the reader with him.

Lionel Shriver is not afraid to tackle difficult and controversial subjects, as readers of her other novels will be well aware.

Like Jodi Picoult, she chooses topical and morally problematic themes for her novels, but approaches them in an intellectual and literary manner that I generally find much more satisfying.

In So Much For That, she challenges those who contend that everything can be defined in monetary terms by dissecting the ultimate expression of that ideology, the American health-care system.

Her chief protagonist, Shepherd Knacker, has dreamed since childhood of reaching the "afterlife", in which he means to exchange the middle-class rat race for a simple (and inexpensive) life in Africa.

The novel opens when, after years of planning, saving and procrastination, he has finally purchased three one-way tickets to the island of Pemba, and is determined to depart with (or without) his family.

Determined, that is, until his wife Glynis reveals she has mesothelioma.

In a disturbing example of nominative determinism, he finds himself guiding his wife through an aggressive and futile series of treatments as his precious savings disappear in an endless stream of liabilities and co-payments.

A further drain on his finances comes from his sister, who expects him to support her artistic "career", and to pay for their father's care so she doesn't have nurse him.

Dutiful and uncomplaining in the face of such blatant selfishness, Shep toils at a job he hates, in a company he used to own, to ensure Glynis has insurance cover and there is food on the table.

His days are spent dealing patiently with customer complaints and his nights by tending his wife and filling out forms and writing letters appealing against claims the insurers have declined.

In contrast to his stoicism and sense of social responsibility, his best friend Jackson rails against government, taxes, and the thousands of "mooches" who live off the hard-working "mugs" like themselves.

While Shepherd dreams of escape, Jackson is determined to beat the system, but both men ultimately snap under the strain, with dramatically different results.

Although none of the protagonists - with the exception of Shepherd - are particularly likeable, they are realistically human in their responses to fear, illness, and to a society that seems to value self-interest and material possessions above all else.

Yet they are also oddly two-dimensional, defined by one or two characteristics (selfishness and resentment, vanity, naivety, stoicism).

Driven as much by the internal reflection as by action, there is the occasional hollow tone, as if Shriver's own frustration with the worst aspects of American society was sometimes poking through, rather than developed from, her characters.

This is also evident in the title, whose words could be interpreted as both astonished disbelief at the price levied for survival and frustrated rejection of a failed experiment.

On the other hand, didacticism is not uncommon in morality tales, and the ending of the novel suggests that it is intended to be a fable of our times as much as a piece of social realism.

Despite these reservations, So Much For That is a well-written and challenging novel, and left me glad to live in a country where health care is distributed according to need, not ability to pay.

• Dr McKinney is a Dunedin scientist.