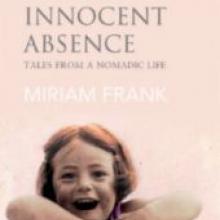 The absence Miriam Frank refers to in this subtle, satisfying memoir is both physical and spiritual, though at first the former predominates.

Born into a Jewish mixed-race family in the 1930s, Frank fled with them to Mexico to escape fascism.

After seeing out the war there, she studied in New Zealand, worked in Britain and lived, worked and travelled in Israel, Europe and the United States.

Frank was a very young child in Franco's Spain so, despite the fascist threat there and across the border in occupied France, the book starts rather slowly.

It picks up in Mexico, where, as she grew in years and in confidence, she revelled in the colourful culture of village life and met and analysed more people.

After the war she travelled to New Zealand with her mother to join relatives. For the next 14 years she went to school in Christchurch and studied medicine at Otago.

During those years her father remained in Mexico, an absentee banker, while Miriam and her mother, once close, grew more distant - surely not uncommon in adolescence.

New Zealand readers will enjoy her recollections of a country in which everyone said "beaut" and "fair dinkum", flats in leafy Leith St offered basic accommodation and wool hops were the highlight of Dunedin student life.

As a medical student, and then a junior doctor, Frank met future social leaders such as Eric Geiringer.

But something was not right.

In Mexico people partied on the bright red rooftops. In New Zealand roofs were dull green and devoid of revellers.

So she did what many young Kiwi graduates did then - she sailed for Europe, seeking a more challenging environment.

"I had tried to adjust to life in New Zealand, a country renowned for its hospitality and friendliness, but a world in the end too far removed from my earlier experiences - one and two oceans away - for me to find a niche."

In London, she became a senior consultant at the Royal London Hospital.

Then she sought out her Jewish heritage in a young and very confident Israel.

After a bittersweet marriage to an alcoholic, depressive German painter, she found another career as teacher and translator in Italy, discovering that language can open up new ways of seeing and thinking about the world.

That led to another discovery - that the source of her rootlessness, her changes of country and of career, was internal.

In her beloved Jerusalem a boy had called her a whore for wearing a short-sleeved blouse.

On a beach in rural Greece, in contrast, and wearing even less, she had been offered coffee and invited in for a chat by an elderly woman.

That incident taught her the limitations of tribalism and exclusion.

"The seductive sense of belonging to a nation - now that I had experienced it - was starting to fade.

The exuberance of life, bold sensuality, human warmth and - importantly - inclusivity here were drawing me to a more universal sense of my identity ...

Since leaving Israel, I no longer sought my roots in a piece of land ... but rather within my own past, self and values."

• Dr Gavin McLean is a Wellington historian and reviewer.