The Special Operations Executive (SOE) was established in London in 1940 to direct Allied agents working behind enemy lines in Europe, mainly in France and Norway. They conducted intelligence and counter-intelligence operations as well as supporting resistance movements.

The agents established clandestine cells, code-named ‘‘circuits’’, of operatives charged with a wide range of disorganisation. Each circuit was often short-lived, being infiltrated by the enemy, the agents killed, captured or escaped to fight another day.

This novel is inspired, in part, upon the activities of Francis Suttill, controller of the Physician/Prosper circuit (1942-43), but reset in time to August 1944 to cover the infamous Double Cross operation that deceived the German high command to believe that the D-Day landings would take place in the Calais corridor, instead of 400km west, in Normandy. 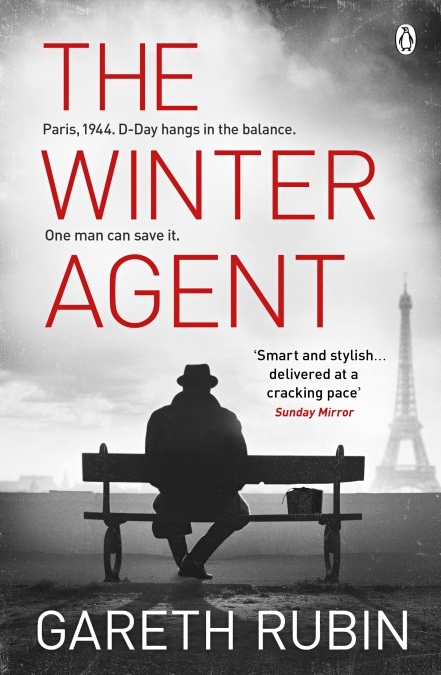 The Allied invasion was preceded by a series of elaborate intelligence decoy operations to encourage the Germans to believe they would invade at a different date and, say, from Norway rather than France.

Rubin’s novel is dedicated to the memories of his grandfathers, both of whom took part in D-Day landings. It covers the period from February to June 1944 and the activities of a fictional hero, 30-year-old Marc Reece, a fluent French-speaker, running a counter-
intelligence circuit from a tabac-laundrette in Paris, under his code name ‘‘Maxime’’. His external enemies are the German counter-intelligence arms of the Gestapo and Waffen SS, reporting to the Nazi Party, particularly the fiendish Obersturmbannführer Klausmann, as well as the Abwehr, reporting to the German armed forces. These three German groups attempt to infiltrate the SOE circuits, but are also rivals of each other. Reece becomes aware that there are infiltrators of the circuit within high-ranking intelligence circles in Britain.

The French Gestapo, the Carlingue and French collaborators add further dimensions to the mix of personal and ideological motives driving choices and actions in the French capital. The aim of all the major players in the novel is either to discover or protect from discovery the invasion plans of the Allies.

Reece is instructed to co-ordinate a Resistance uprising after the Allied invasion and to sabotage German trains and telephone lines, but these ‘routine’ duties are interrupted by a call from London to where he is whisked for instructions from his minder and even, surprisingly, from Winston Churchill himself in the Cabinet War Room under Whitehall.

On his return to France, as the invasion draws nearer, Reece finds himself betrayed. All is not what Reece, or his circuit, or the Germans expected. All have been deceived, as has the reader.

The tone of the novel is heroic. Reece is impossibly brave, tough and resourceful, but tragically vulnerable. All Germans and French collaborators are beasts. The novel’s strength lies in the descriptions of action, fighting and suspense. The reader may need tranquilisers to get from one chapter to the next as Reece finds himself in nail-biting situations that he manages to get out of - just - before the reader’s adrenaline rush becomes overwhelming.