The need to move 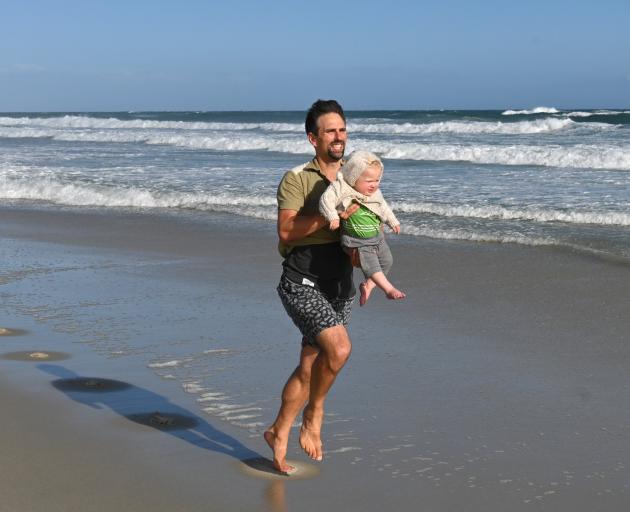 People's passion for electric scooters is just one example of a culture that encourages people to ''outsource'' movement, Dunedin dancer Matthew Onarheim-Smith says.

All over the city people are jumping on scooters rather than walking a couple of blocks as they would have done a few weeks ago.

''It's great people are standing and balancing on them but there is a bicycle, also a scooter where you use your legs.''

All of this ''outsourcing'' - taking the car to work instead of walking or bicycling is another example - did not impact well on people's physical wellbeing, he says. 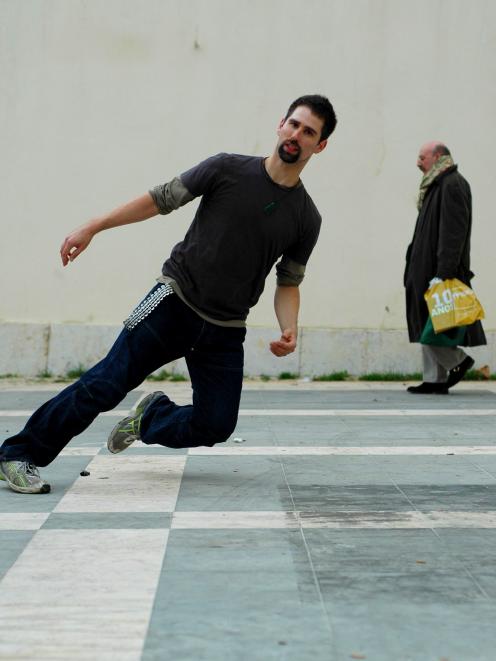 Onarheim-Smith performs for Portuguese photographer Pedro Gomez, in a public square in Lisbon. Photo: Supplied
He wants to see people incorporate more movement into their everyday lives - even those who do exercise classes.

''People need to do it throughout the day, not just in bursts of physical activity to improve their wellbeing.

''It has a cumulative effect if you just walked a bit more, carried a bit more, we'd be doing so much better with our health issues. That's what I'm trying to educate people about.''

It is this thinking that Onarheim-Smith incorporates into the movement classes he started developing as part of his Caroline Plummer fellowship last year.

The work is a culmination of ideas developed during 20 years of dancing and research in New Zealand and overseas.

It all started for Onarheim-Smith when he took part in a Footnote dance workshop as a pupil at Otago Boys' High School and was handpicked by Dunedin dance doyenne Shona Dunlop MacTavish and invited to attend her dance classes.

He gradually fell more in love with dance to the point when at the University of Otago he decided to combine his philosophy and art history degree with one in physical education so he could continue to develop as a dancer.

However, he did not complete his degree, becoming so enthralled and ''obsessed'' with dance, he applied to the Auckland Performing Arts School (now part of Unitech) and a programme then headed by Ali East.

Onarheim-Smith went on to perform with many of New Zealand's dance companies, including with the late Douglas Wright, Michael Parmenter and Black Grace.

At the same time, Onarheim-Smith trained as a pilates teacher and his interest in physical movement in relation to dance began.

Then his interest was selfish, as it was about how dancers could best support their bodies and health in the work they were doing without being injured.

A scholarship enabled him to head to Europe and a performance at a dance festival in Vienna resulted in an audition and then a job offer.

''It was the first time I'd been able to do dance full time. I'd not been able to achieve that in New Zealand.''

He also did a project with then London-based New Zealand choreographer Carol Brown during that time.

In Vienna he met dance teacher and choreographer Frey Faust, who had a special interest in anatomy, biomechanics, and physics and developed the Axis Syllabus.

''I felt with my background an affinity to that. The more you can understand how your body functions, how you look after it.''

Onarheim-Smith studied with Faust and began to teach his methods, which integrate understandings of human biomechanics into a movement practice.

''I've travelled all around the world with that.''

Four years after arriving in Vienna he was invited to join a Norwegian dance company, Impure, which specialises in more avant garde experimental dance.

''It was challenging. It wasn't about the pure aesthetics of dance, more about raw or even ugly movement - breaking that idea that dance has to be something beautiful.''

His interest in movement grew and he decided to train in osteopathy in London at the British School of Osteopathy. Osteopathy focuses on how the skeleton, joints, muscles, nerves, circulation, connective tissue and internal organs function together as a holistic unit and uses hands-on treatment methods.

But at the same time, his longing for home began to grow.

''I was getting tired of being abroad. I wanted to come home.''

Luckily his wife, Benedikte Onarheim-Smith, a dancer whom he met in Norway, was keen to try living in another country.

So he came ''full circle'', returning to live in Auckland, where he completed his osteopathy studies at Unitech.

He did his master's in ways to monitor intensity in dance to assess what level causes injury.

With family in Dunedin, moving south was an attractive idea so when he got accepted for the Caroline Plummer fellowship and also secured work as an osteopath, it all came together.

In another ''full circle'', as the fellow he was based at the University of Otago School of Physical Education, where he was supervised by his former Auckland dance teacher, East.

''I like that. And the dance studio I taught in was where we had those weekly dance classes with Shona.

''And in another link I ended up dancing in Vienna where Shona's career started before the Second World War. That was also interesting.''

His plan for the fellowship was a ''Lifespan Project'' aimed at getting people moving again in what is becoming an increasingly sedentary culture.

He decided to spread the six-month fellowship over a full year, which enabled him to run his classes over a longer period.

Having become a father himself, he decided to look at movement fathers and their babies could do together to support baby development and then, at the other end of the spectrum, look at ways older people could increase their movement: ''More Men Moving More''.

''It was a focus on the beginning and end of life.''

He collaborated with Age Concern to develop a series of movement classes that complemented their existing ''Steady As You Go'' programme.

The classes developed focused on balance, alignment and posture.

''I developed a series of movements looking at walking, at balance, but all informed from my dance perspective. I focus a lot on feet.''

With his father and baby classes, the aim was to help fathers become more confident holding and moving with their babies.

''I get the fathers to change from standing to sitting to lying in a very smooth action.''

It was also about facilitating the babies' movement too through the games played.

''We do things like, balance your baby on your feet or flying through the room.''

The hardest part of the project was getting men involved but with the help of Catholic Social Services he had managed to grow numbers to 11 or 12.

''Fathers who come enjoy the time with the baby and exploring their own movement and that of their babies.

''It's a chance to explore carrying and intimacy right from the get-go.''

He researched many of the moves with his own son.

''I took the baby carrying quite far. I carried him preferentially over any other thing. If I walk into town I don't use a stroller, I don't use a carrier, I take him in my arms.

''I even developed a way to run on the beach with him. I started when he was 3 months, balancing him in my arms.

''I don't push my fathers to do that but I do push them to carry their babies more as it helps, by adjusting their position all the time ... in a stroller or carrier they are locked into a position. There is way more variability.''

There was interest in the classes continuing so he hoped to restart them again next month.

''Some who have come want to continue so I'll continue one of those streams at the weekend, so working fathers can make it.''

He was also planning to keep running his classes for older men due to demand.

Onarheim-Smith is also keen to develop resources for his work so he is working on a movement CD, videos and pamphlet called ''Aligned to Go'' to be distributed through Age Concern's ''Steady As You Go'' programme.

''I hope it will spread across the country.''

Combined with this work he is continuing his osteopathic practice and hopes to do more movement classes and also get involved in more artistic dance performance. 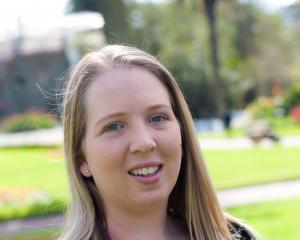 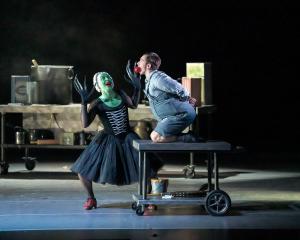 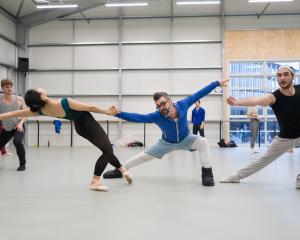 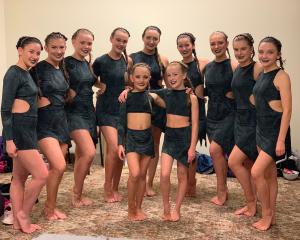 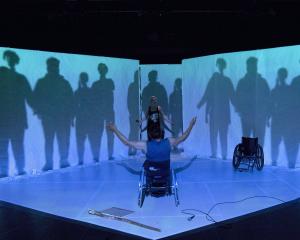