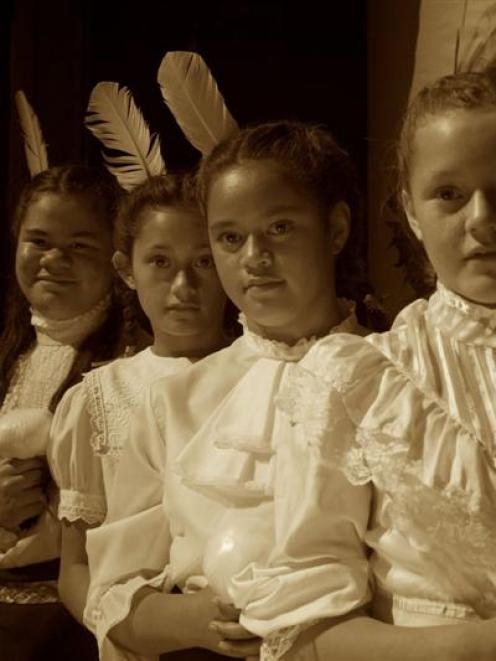 Children's laughter is as abundant as the tears that fall frequently in Maori director Paora Joseph's feature-length documentary, Tatarakihi: the Children of Parihaka.

The outpouring of emotion was both a welcome and necessary outcome of the "journey of memory" undertaken by a group of Parihaka children who travelled to the South Island in 2009, 130 years after their male ancestors were first transported south after the Taranaki land confiscations of the 1860s.

Speaking from Waiheke Island last week as he prepared for the official world premiere of his film at Te Papa, Joseph admitted he was experiencing his own mixed bag of feelings regarding a project that deals with both the past and the present.

"I never know quite what to expect. We did have a premiere at Parihaka a month ago and that was pretty exciting. It was especially exciting for the children who were part of the film." 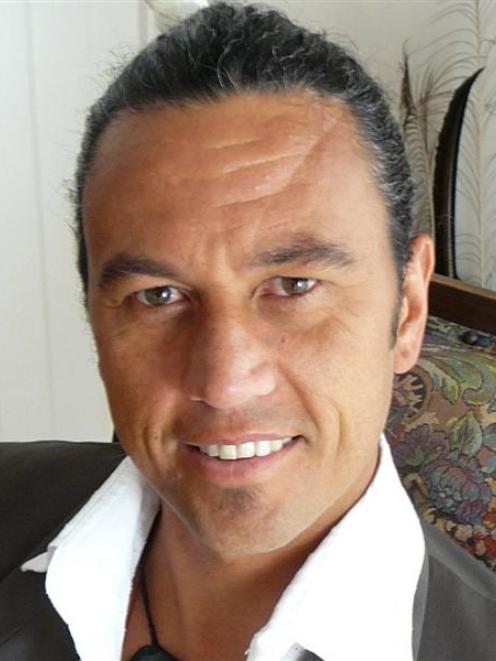 Paora Joseph
They might have had an adult driving the bus, but it is the 30-odd youngsters who provide much of the impetus to Tatarakihi, which weaves poetry and song with archival images to tell a haunting story that spans five generations.

The children, aged from 5 to 12, from the school Te Kura Kaupapa mo Tamarongo in the South Taranaki town of Opunake, set off on a journey to learn about the struggles of their ancestors. All are descendants of Parihaka, the peaceful village established in the 1860s by Te Whiti o Rongomai and Tohu Kakahi and destroyed in 1881 by the Government-backed Armed Constabulary as part of a series of land "settlements".

Accompanied by parents and teachers, the children spent almost two weeks travelling by bus from Parihaka to Wellington and around the South Island.

They visited the places the men from Parihaka, who were essentially political prisoners, were held captive over a 19-year period in the late 19th century.

Wellington War Memorial, Christchurch's Addington Jail and Ripapa Island in Lyttelton Harbour are key stops - as are the caves at Andersons Bay in Dunedin where the Parihaka men were imprisoned. Held in brutal conditions without trial for 19 years, the men were forced to labour on buildings, roads and embankments.

Dunedin's rapid expansion in the late 19th century (following the discovery of gold in Otago decades earlier) meant labour to build its infrastructure was required. The Parihaka prisoners helped build stone embankments around Otago Harbour as well as roads (including Maori Rd, High St and Russell St) and various foundations. Maori Hill, too, would not be there were it not for their labour.

"Over the past few years, I had a desire to tell an aspect of the story of Parihaka. I thought it would be a dramatic story, in the sense of a fictional account, and it didn't initially occur to me that it could be told in the form of a documentary. In retrospect, when I see the way in which the story has been told, it is very authentic," Joseph explains.

"The way in which the kids carry the story honours those children of 1881 who took the lead and greeted the Armed Constabulary with white feathers of peace, in accord with the philosophy of peaceful resistance taught by Te Whiti and Tohu.

"I was inspired by what I had heard about Te Whiti and Tohu being prophets of peace - and that was for all peoples. They had a great vision and it was not just about New Zealand."

Of Atihau-a-Papaarangi and Nga Rauru descent, from Kaiwhaiki Pa, near Whanganui (affiliated to Parihaka through long-standing family and political connections), Joseph was given his Maori name, Te Oti Takarangi, in memory of the ancestor who led his people to Parihaka. Thus "it made sense that I was involved in telling that story".

Joseph's path to Parihaka is interesting, too. His first job, in 1986, was as a youth worker on the streets of South Auckland; that, in turn, led him to train as a clinical psychologist, a profession he still works in when not making films.

While in Auckland, Joseph worked as an actor with Maori film-maker Don Selwyn, who encouraged him to become a director and find a story worth telling, pointing him in the direction of Parihaka.

Joseph moved to Taranaki, working on the Parihaka Peace Festival and a video archive project that grew out of it. He was then invited to go with the Parihaka children and make a film.

"As a film-maker, I really wanted the children's voices," Joseph says. "Originally, when it was shot, I didn't interview the children during the bus journey; it was more about witnessing their experience.

"But when we came back, we did a number of workshops [involving art and poetry] and later we decided to record their poetry, which we then worked into the narrative.

"We virtually had no budget. Sometimes the children would grab a camera ... it all adds to the rawness of the experience," he says, in reference to the various outpourings of grief and joy.

"The essence of the film is about how we remember as a people. It illustrates what the people of Parihaka do to remember those who died five generations ago."

Joseph, who says it is important we don't hide from our history, also emphasises his film is "not about revenge or blame, although it is political by its very subject".

"It is more about understanding and forgiveness and acknowledgement ... I think some people are aware of the Parihaka story but there is a large part of the population who don't know the detail.

"There is a Maori proverb that basically means 'What is the salt of the discussion?' It is about having somebody to hear. And I have heard some beautiful stories."

The story of Parihaka
• Founded about 1860 by Te Whiti o Rongomai and Tohu Kakahi, Parihaka had become the largest Maori village in New Zealand by 1870.

• Committed to non-violent action in order to resist the invasion of their estates and protect Maori independence, Te Whiti and Tohu established monthly meetings at Parihaka on the 18th and 19th day of every month, to which Maori and Pakeha leaders were invited to participate in discussions about the injustices and strategise resistance to land grabbing and assimilation.

• Passive resistance began with a prominent Taranaki woman by the name of Keeta, who, along with other women, sought to remove survey pegs from their own land in Waitara.

• Following the land wars in Taranaki in 1860 and subsequent land confiscations, ploughing up surveyed areas and building fences across roads were means of passive resistance asserted in North and South Taranaki.

• Te Whiti and Tohu established a community around the kaupapa of passive resistance and ensured that all actions were non-violent.

• Aphilosophy of peace for all humanity developed and a strategy of non-violent action put in place. The "Ploughmen" and "Fencers" did not resist arrest and, as each group was dragged away by government forces, another group took its place.

• Native Minister John Bryce described Parihaka as "that headquarters of fanaticism and disaffection" and Parliament subsequently passed legislation enabling the Government to hold the Parihaka protesters indefinitely and without trial.

• By September 1880, hundreds of men and youths had been exiled to South Island prisons, where they were forced to build the infrastructure of cities, including Dunedin.

• In 1881, the Armed Constabulary marched on Parihaka and systematically destroyed its homes and crops, then slaughtered its cattle, pigs and horses. Women and girls were raped, leading to an outbreak of syphilis in the community. It took the armed forces two months to destroy the complex.

• The kaupapa of peace and non-violent action in the assertion of rangatiratanga (sovereignty) and kaitiakitanga (rightful guardianship), first articulated by Te Whiti and Tohu, has endured to the present day at Parihaka. The descendants of Mahatma Gandhi, Daisaku Ikeda, and Martin Luther King continue a relationship with Parihaka in what has become an ongoing global peace co-operative forum.

See it
Tatarakihi: the Children of Parihaka, part of the New Zealand International Film Festival, screens at Rialto Cinema, Dunedin, on Tuesday, August 7 (6.15pm) and Wednesday, August 8 (1.30pm). The screenings will be followed by a question and answer session with director Paora Joseph.