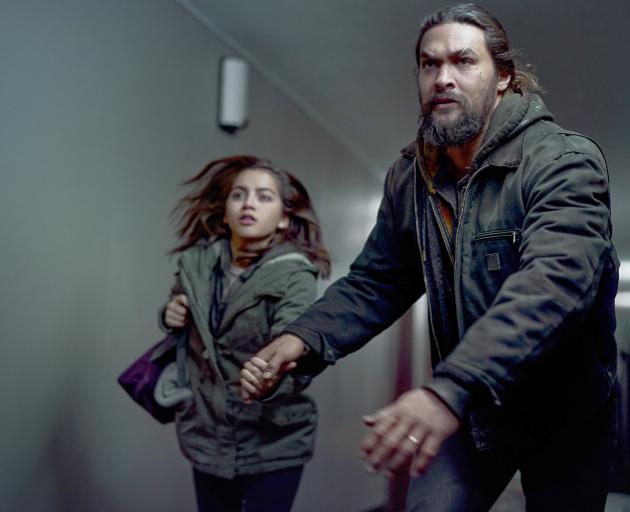 Jason Momoa and Isabela Merced in a scene from Sweet Girl. PHOTO: EPK/NETFLIX
Making a mess of Pittsburgh was one of the joys of making Sweet Girl, director Brian Andrew Mendoza tells Joshua Axelrod.

Brian Andrew Mendoza is still in awe of how much havoc he got to wreak throughout Pittsburgh while filming Sweet Girl.

The action-thriller starring Jason Momoa and Isabela Merced was Mendoza’s first directorial effort, and he got to have a lot of fun shooting large-scale action sequences around the city. We’re talking big swings like closing down a downtown street to flip an ambulance and choreographing a violent fight while a "T" train travelled from one station to the next.

He even got to spend a week filming at PNC Park early on in the movie’s production that involved a packed Roberto Clemente Bridge, a helicopter and Momoa climbing to the very top of the Pirates’ stadium as his character, Ray Cooper, tries to evade being captured by the authorities.

"It was pretty crazy to see the fact that we had 1000 extras, 80 cars on the bridge, closing down a baseball stadium," Mendoza said. "It was a big scope. I definitely had a moment where I remember looking at Jason like, ‘I can’t believe this is happening’."

Sweet Girl finds Momoa’s character seeking revenge against a pharmaceutical company who delayed the release of an experimental drug that could have helped treat his late wife’s cancer. His mission quickly spirals out of control, which paints a target on his back and that of his teenage daughter Rachel (Merced).

Mendoza said that the original Sweet Girl script was set in New York City, but after scouting Pittsburgh and the Big Apple, he realised it had to be both shot and set in the Steel City.

"There’s story in Pittsburgh," he said. "You can feel it on the walls, on the buildings, in the streets. I loved the fact that as soon as I scouted Pittsburgh, I knew that was the city to tell this story because our character was a blue-collar character. I love the angles the city has, the downtown, the outskirts. It’s a really cinematic city."

was also involved in that PNC Park set piece and recalled sneaking onto the field and "singing some random stuff," because why not? Merced also got in on the action, which included an especially vicious fight sequence in an exact replica of the fountain in the courtyard of the Allegheny County Courthouse. It was a step up from the more kid-friendly stunts she got to perform while playing the titular role in Dora and the Lost City of Gold.

"I’m really excited for short people to see it specifically," said the 1.57m Merced. "I’m part of the short community, and we always get underestimated. I’ve auditioned for a lot of action movies, and they always need someone tall and intimidating. My attitude is intimidating, what are you talking about? ... Hopefully this will change the way people see me and what I’m capable of."

Momoa and Mendoza have known each other for years, but this was the Sweet Girl director’s first collaboration with Merced. Mendoza is excited for viewers to see Momoa play "a contemporary character," as opposed to the warriors and superheroes he tends to play, and he’s especially pumped for audiences to witness the "off the record" chemistry between him and Merced.

It’s tough to discuss Sweet Girl without mentioning one story beat that turns the film’s narrative on its head. Mendoza pulled off one heck of a twist, but it’s also not the crux of what he was trying to accomplish.

"We were meticulous about working toward that moment," Mendoza said. "There are little nuggets that lead to that. We really wanted it to be character-driven, not a trick pony. We wanted it to be something that felt necessary and purposeful to the film."

The high-octane action in Sweet Girl is punctuated by a tender father-daughter bond and pointed commentary about the relationship between politics and the pharmaceutical industry. Mendoza hopes his film "drives awareness" of how those two worlds operate.

Merced spent a lot of time thinking about that subject matter and the psychology of Rachel, who she diagnosed as having some pretty intense post-traumatic stress disorder after all the tragedy that marred her young life. While discussing a potential Sweet Girl sequel, she said that she hopes Rachel goes to therapy and that Mendoza is able to more fully explore "the B.S. that goes on in the health care industry".

"I don’t think health care should ever be politicised," she said. "That’s terrible and the opposite of what it should be, and yet it is. If you politicise it, it’s able to monetised. It’s a very tricky situation, but if we address it in the sequel, more people would start caring about it."

They both hope Sweet Girl catches on enough to warrant another instalment.

Sweet Girl is streaming on Netflix 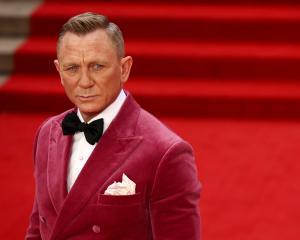 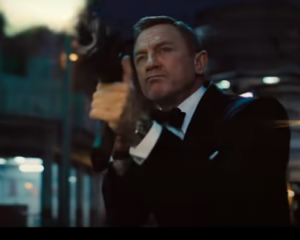 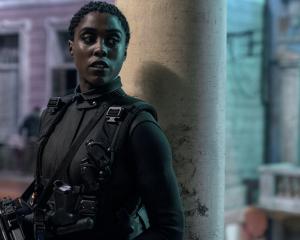