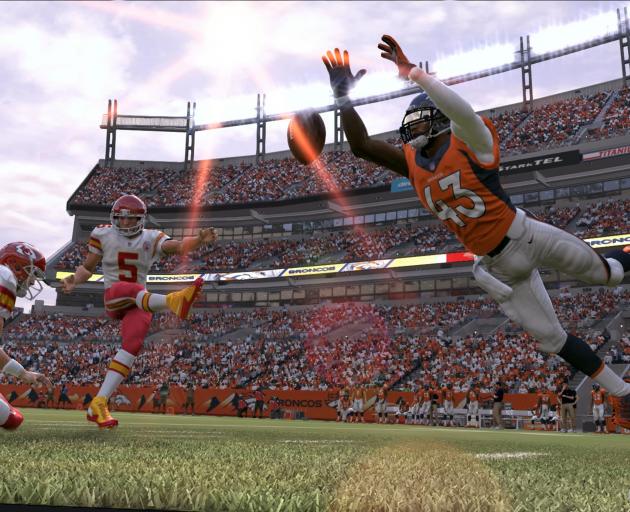 Rather than being a major overhaul, ‘Madden NFL 17’ delivers tweaks and tutorials.
The “Madden NFL” franchise has been around since 1988 — long enough for gamers to notice the ebb and flow of the product cycle.

Every five years or so, EA Tiburon breathes in new life into the game with better graphics and an improved engine.

The revamped entry rejuvenates the series, but EA Tiburon leaves room for more improvements. With each subsequent release, the game gets small fixes and some new features.

Occasionally the changes are enough to justify a purchase between major reboots. But players can go only so far until the game grows stale again, and the cycle restarts.

“Madden NFL 17” comes toward the end of the current cycle. It features no new mode or refreshed visuals. The push this time has been to make it more accessible and enjoyable to a wider audience.

One problem with the series was the complexity of the gameplay. To make it more like real-life football, EA Tiburon used a control scheme with several different buttons — to run, pass, kick and defend. “Madden NFL 17” incorporates tutorials for gamers at every skill level.

They educate players about positions on the field, the rules of the game, gap responsibility and passing concepts. Anyone wanting a deeper knowledge of football will find the tutorials a great resource.

Interestingly, the biggest upgrades are on the special teams. These include kicking mechanics that give gamers more control over punts, and allow them to manipulate field positioning. Also included are trick plays and mechanics that help defenders block a kick.

“Madden NFL 17” also has amped up the drama when it comes to game-winning field goals. The rival team can now ice the kicker by calling a timeout, which makes the controller shake and increases the difficulty of the kick.

Other changes involve time-saving options in franchise mode. Formerly, the game took about an hour to play; now the Play the Moment option allows for a 20-minute contest gives gamers control of their team at pivotal moments.

Team management is another improved area. Previously scouting, trade proposals and contract negotiations could become tedious. Now those facets can be streamlined in the franchise mode. And working with the salary cap becomes easier when the computer handles most of the math.

For each refinement, however, about half as many blemishes remain. So many fans may opt to wait for the next version.

- By Gieson Cacho of the East Bay Times