On the floor: Retro rockers release 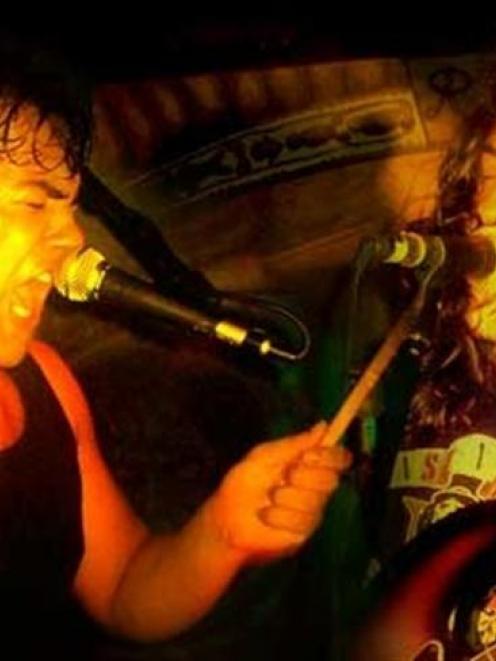 Left Or Right. Photo supplied.
The CD was going to be the death of the vinyl record, but it seems such reports were exaggerated.

The band is from a broken home, with two members living in Dunedin and one in Invercargill, where it all began, so they're releasing their debut album with hometown gigs in both centres - Dunedin first.

Front-man Steve Marshall says the band has been around for a few years and like any labour of love they're keeping on keeping on.

"We've been playing and touring under the name Left Or Right for about three years now. Self-belief in our product and a lot of hard work keeps Left Or Right ticking."

The band proclaims itself to be "Aotearoa's only alternative spacey roots, sonic jazz and fuzzy rock-blues band", harks back to the psychedelia of the '60s and '70s in its live show and lists its influences as including Jimi Hendrix, Band of Gypsys, Cream, Head Like A Hole, ZZ Top, The Beatles and Motorhead.

He says they're releasing on vinyl, and another outdated form of music storage, both for a good reason.

"We believe vinyl is the ultimate form of listening to music - the way music was meant to be heard. We always used to fossick through our parents' record collections and hoped to one day have our own 12-inch record. While being an expensive process it was worth it all when the boxes arrived - we were like children at Christmas all over again.

"We're releasing on cassette tape for people who still have tape players in their cars."

However, the band isn't stuck in the past, as they're also releasing for digital download.

"Yes, Left Or Right Nuggety will be available on iTunes following the record release show at Sammys."

Following the Sammy's gig, the band hits the road for an 18-date tour.

"We are very much looking forward to the tour as a huge amount of time, work and money has gone into producing this record and organising the actual release show. It'll be nice to take the product on the road to the people and to be performing again, which is what it's really all about."

Left Or Right plays tonight with Biff Merchants, Soulseller, Made In China, The Old Psychiatrists Club, Boof, and Knives at Noon at Sammy's from 9pm.