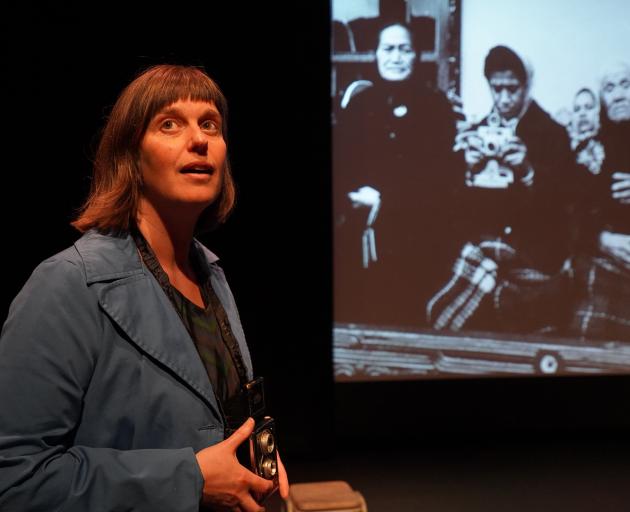 Having been in New Zealand for 20 years, actor and director Martine Baanvinger always thought of herself as a Kiwi.

But in talking to Dutch-born photographer Ans Westra, she had a sudden realisation.

"I started to become more and more aware I’m Dutch. Ans is very clear about that, saying she is a Dutch woman living in New Zealand.

"It’s something really struck me - I’m actually a Dutch woman in New Zealand. I realised ... my Dutchness is so prominent in my life, it is something I will always have."

Having set out to create a new work that would connect her with her roots as well as her adopted country’s history, Baanvinger had happened on the perfect story.

"I went through a patch of missing my own country and family."

She connected with Westra when she first visited New Zealand on a six-week holiday as part of a two-year tour abroad in the 2000s.

She saw the photographer’s work in Te Papa and was struck by how "beautiful, honest and authentic" it was.

"I remember checking out who the photographer was and remembering it because she had a Dutch name."

So when looking for a new project a few years ago, one that could mix a reconnection with her roots and New Zealand history, she did some more research into Westra’s life and work.

"I felt very drawn to it, especially her style, how she does it. She doesn’t pose people. It’s very natural."

Baanvinger, who lives in Golden Bay, contacted Wellington-based Westra (85) - who has received a Companion of the Order of New Zealand Merit for services to photography and is a Arts Foundation of New Zealand Icon artist - and asked if she could talk to her about doing a project on her life.

"She was very open to that."

So a series of conversations between the two women and Westra’s family began.

Westra and her family gave Baanvinger clearance to tell her story up to the end of the 1960s.

"They didn’t want it to go past that point."

Aperture: The life and work of Ans Westra tells the story of the photographer’s life growing up in Holland during World War 2 and then coming to New Zealand to visit her father for six months and never leaving.

It was while growing up in Holland that Westra discovered a passion for photography inspired by a touring photographic exhibition her father took her to: New York’s Museum of Modern Art The Family of Man.

"She was completely blown away and instantly developed a deep love of photography and a passion for photographing humanity."

HER first project was photographing her classmates during their last year of school.

So it is no surprise that when she came out to New Zealand she became fascinated by Maori culture and life.

"She was instantly blown away by how differently they lived compared to her very conservative, strict Dutch upbringing."

It seemed to have everything she did not have in her upbringing - warmth, joy and living in the present.

"She saw them living in bigger families, saw the affection shown to each other, being able to be children, who you are, play when want to play, eat when hungry, sleep when tired.

"She fell in love with that instantly. It was not a Dutch way at all. It was very strict, very rigid in those days 1940s-60s."

She began to photograph Maori as she sought to create a body of work recording their lives.

In the 1960s she was hired to work on Te Ao Hou, a magazine published by the Department of Maori Affairs.

"She was the photographer they would send out to Maori events, tangi and hui."

It was her perfect job as it gave her the ticket into the Maori world which she was so interested in.

"She recorded Maori life in that era very well. Not many others did that." 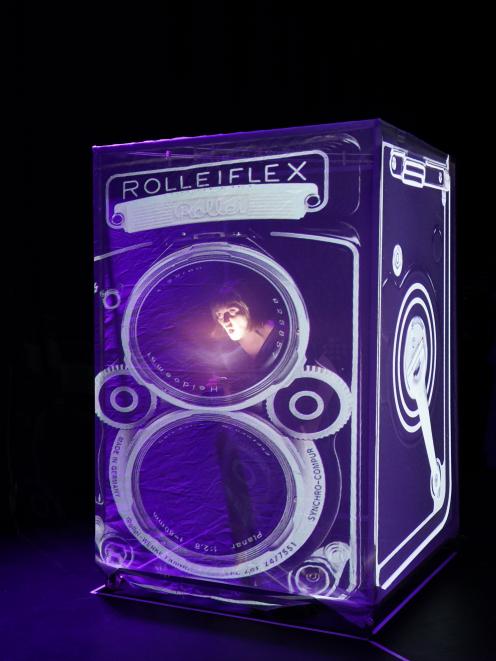 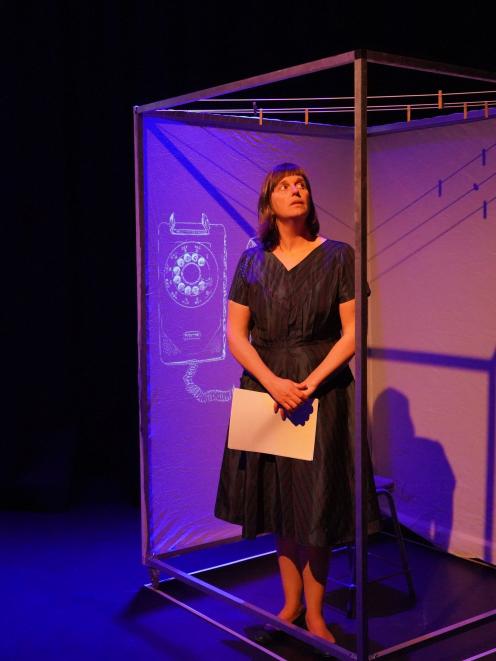 Klaasz Breukel has created a ‘‘box’’ to wrap around Baanvinger as she tells the story.
Her work came to national prominence when a School Bulletin publication of her work Washday at the Pa in 1964 was controversially withdrawn from distribution by the Government.

There were claims it reinforced a stereotype of Maori living in underprivileged circumstances, while others recognised the warmth of family life and the happy children Westra showed.

The issues are just as relevant today as they were then, Baavinger says.

"It’s a great time to bring back that history. It is just as fresh today. It questions roles in society today and I’m hoping it will generate some discussion."

It also highlights the journey Baavinger is on, in recognising her Dutch history.

"It has kicked up little homesickness. I realise I want more connection with my Dutch side, but since I’ve been here I didn’t need that. I’m also realising there is a huge Dutch community in New Zealand which I want to reconnect more with."

So Baanvinger got a lot more out of the conversations with Westra than she imagined.

"It was really great to spend time with Ans and I got a sense of her and to see how she operates."

She also learned more about Westra’s private life that she had not known such as her relationship with author Barry Crump which resulted in her first child.

"It was a very stormy love affair which I have put in the work."

Given Baavinger often creates works around historical figures she does not normally get to talk to them.

"It’s a real treasure to work with someone, to be with them, talk with them, ask questions."

However it also added challenges as it required Baanvinger to stay true to Westra’s story.

"As a creative, I’m not able to take as many creativities, as I need to stick with the text and try to be as authentic as possible to her story."

Photographs by Westra are also shown.

"It’s a very minimal set, but technically quite difficult as I have only one technician to do sound and light projection."

As a one-woman show, it is very intense as Baavinger needs to hold an audience for more than an hour.

"There is constant communication between me and the audience. I’m constantly sensing or feeling out what the audience is doing. Are they with me or are they fidgeting? It’s this conversation going on in my head while I’m talking."

Aperture was first performed as an unfinished work at the Nelson Arts Festival in 2018 before the final product was premiered at the 2019 festival.

Aperture: The life and work of Ans Westra 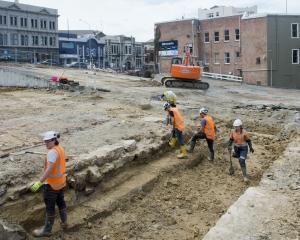