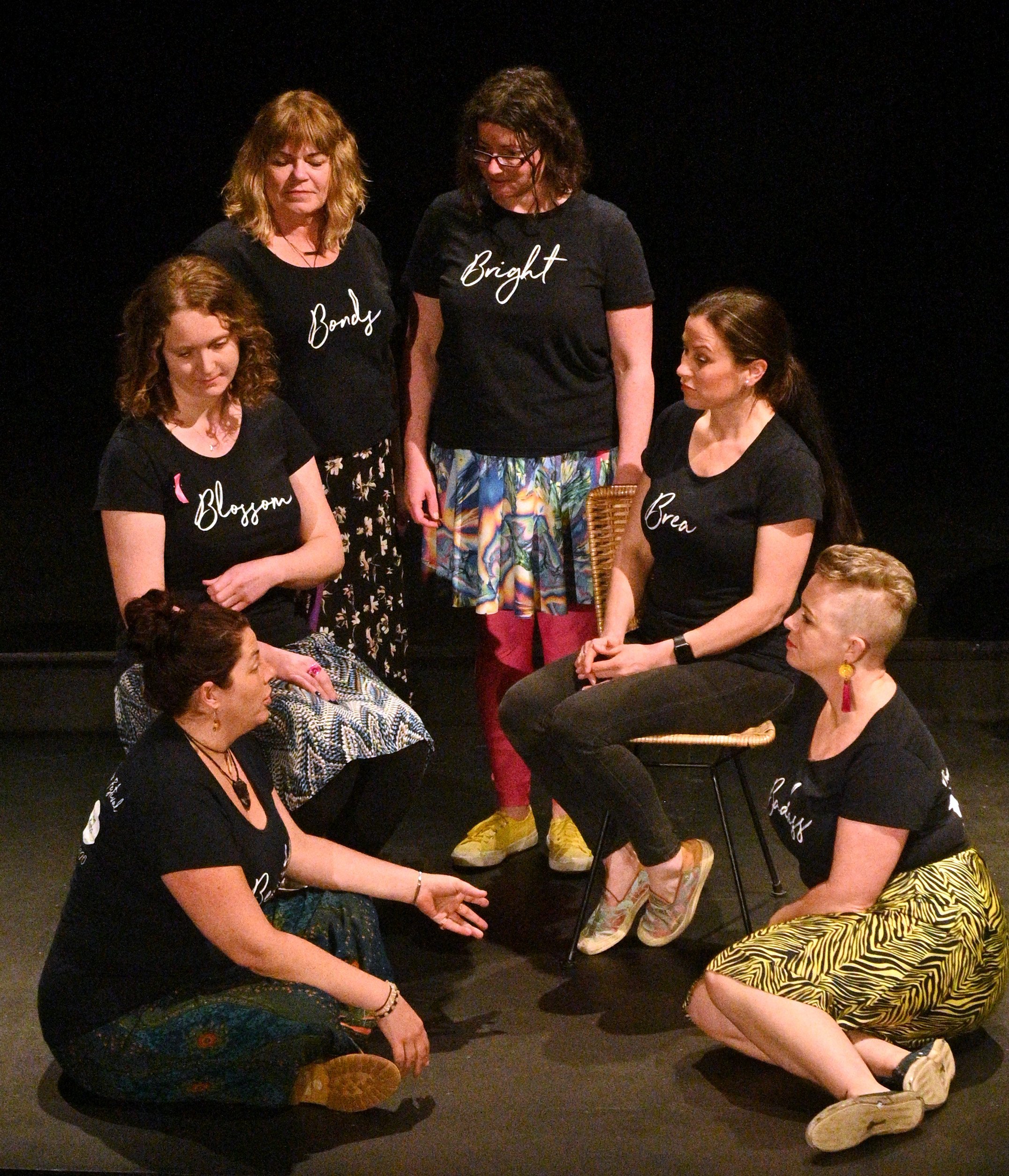 Dear Boobs cast members (clockwise from left) Marama Grant, Helen Fearnley, Lesley Eaton, Kimberley Buchan, Denise Casey and Harriet Moir during a dress rehearsal at the Regent Theatre (and above). PHOTO: LINDA ROBERTSON
It has not been all bad news for the cast and crew of Dunedin production Dear Boobs despite the Covid-19 lockdown cancelling their first season, finds Rebecca Fox.

It is a dream come true for some of the cast of Dear Boobs - walking out on to the main stage of The Regent Theatre to perform.

Covid-19 has been tough on local theatre, with many shows, Dear Boobs included, cancelled due to the lockdown corresponding with the Dunedin Fringe Festival.

Then with the opportunity to stage the show again after the country hit Level 1, Suitcase Theatre got the cast and crew back together and started planning, only to have the country go into Level 2 and stay there to date.

Director Laura Wells: "There is this beautiful line in the show that says ‘Boobs, you put a black cloud on my once-clear horizon’. Each time she says that, I think that is Covid.

"We were all ready to go then that happened.

"Again we got all ready to go and the threat of us having to cancel was again looming on the horizon, but fortunately it hasn’t happened."

The show is able to go on because the Regent Theatre upgraded the production from the Clarkson Studio to the main stage so it could meet the requirements of social distancing under Level 2.

"If you are not involved in musical theatre then it is very, very difficult, you’d never imagine you’d be standing on the Regent Theatre stage. They’re excited and probably a bit nervous." 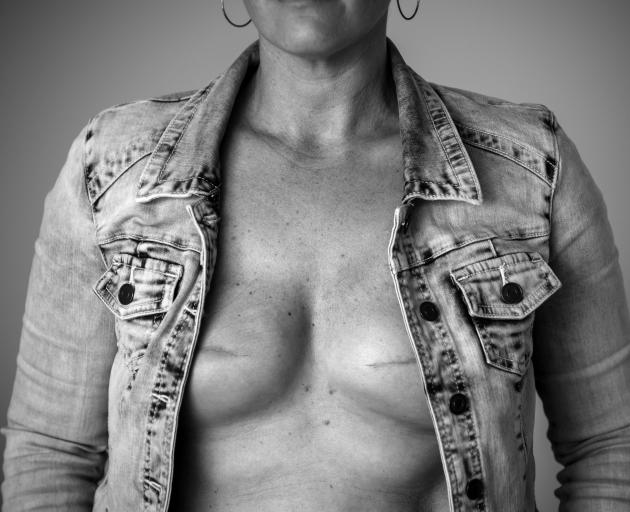 One of the images from the book Dear Boobs, which inspired the stage play. PHOTO: SUPPLIED
It will also be the first chance for an adult audience to see local theatre in the Regent since lockdown happened. Only the Dr Seuss children’s show and Film Festival films have been shown since then.

For Wells, the challenges and complexities of Covid-19 that everyone has experienced have produced a more intense result in rehearsals.

"I know people say you’ve kicked it up a gear but it really felt like this was really low gear, really grunty, really emotional within themselves, which is where the beauty comes out."

Dear Boobs, the stage show, is based on the book of the same name which is a collection of 100 letters and images from breast cancer survivors from around the world.

The 2018 book, compiled by breast cancer survivor Emily Searle, came about after she wrote a letter to her breasts before undergoing mastectomy surgery.

Wells saw the potential in the book and developed it into a stage show, featuring six core performers telling the stories of the women in the book.

A lot of the stories talk about the reaction of friends, family and spouses to a diagnosis as well as reflecting on their experiences.

"We were able to go off-script quickly. Everyone is incredibly familiar with their lines - they’ve been living these stories for a long time now."

With the extra time Covid has given them Wells has looked at other ways to make the play more accessible.

Watching the 1pm televised Covid briefings gave her the idea of seeing if they could introduce New Zealand Sign Language to the production and she was able to secure an interpreter for the Sunday matinee.

"I was inspired, in a way. I thought there is an awful lot of our population that miss out on these sort of things."

She is also looking at ways to incorporate te reo Maori so they can pay respect to all three languages of New Zealand.

"While most of these stories are New Zealand women’s stories, there is not an awful lot of te reo Maori woven into them."

Wells is first to admit it has been a hard road to get to this point because of the uncertainty.

"If I had it my way, everything would be going exactly per the schedule. We’d all know what is happening. There is just so much uncertainty in the world and in the city. It’s been a good learning experience for me."

Having the show in the Regent also meant challenges to ensure the feeling of intimacy needed for the work continued in the bigger space.

"We still want that emotional impact but the audience will still be a nice size, so we shouldn’t lose that intimacy."

Support from the show’s sponsors and grants agencies through it all has helped immensely, allowing the show to continue.

"It shows no matter what Covid throws at us, the community will band together and we’ll get this on stage."