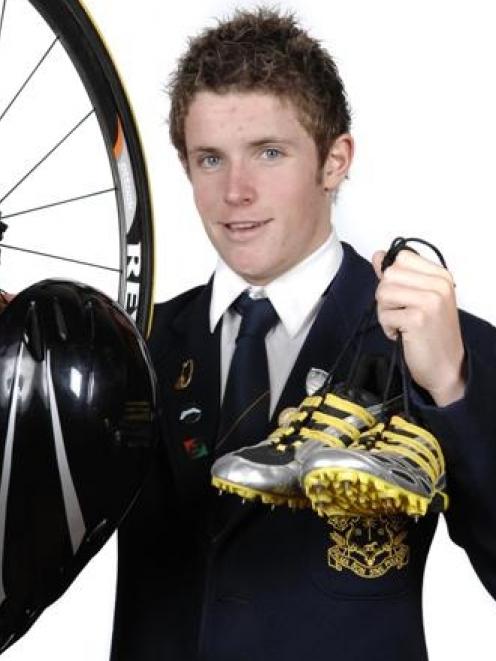 Angus McDonald
It is fortunate Gore High School prefect Angus McDonald likes a challenge; the 17-year-old competes in triathlon events which combine the gruelling disciplines of swimming, cycling and running.

The discipline needed to train on a road bike several times a week applied to triathlon preparation.

He also found he has the ability to push himself during competition and says he "gets in the zone", when necessary.

His ability to keep going even after hitting "the wall" saw him recently take second in the Southland Open Mens' Triathlon Championships.

He also finished 19th in the U19 national finals.

Despite being new to the sport, Angus was in a junior team which won the South Island Half Iron Man.

Angus' abilities as an endurance athlete also give him the edge in track events, and he claimed second place in the 3000m event at this year's Southland Athletic Championships.

Role model: "Lance Armstrong - he survived cancer and had the determination to come back and be a seven-time [Tour de France] winner."

Hopes for the future: "A top place in a national series race in Rotorua [later this year] and at Kinlock in February."