By Fiona Ellis
0 Comments
Wearing five pairs of jeans at once may sound like a challenge, but not for Otago Polytechnic design student Ellen Ross.

The Dunedin resident has crafted a patchwork denim jacket from op-shop cast-offs as part of "Retooled", a collaboration between the polytechnic and the New Zealand Red Cross.

The jacket, along with other upcycled creations by students, will be available to buy in a charity auction on Friday at the polytechnic’s hub.

The students were taken to the op-shop basement to find unwanted clothing or objects they could upcycle, Miss Ross said.

"I decided to use denim because I’d always fancied doing some patchwork with that fabric.

"I really like that it’s quite robust and hard wearing, so I could make something that was hopefully going to have a long life." 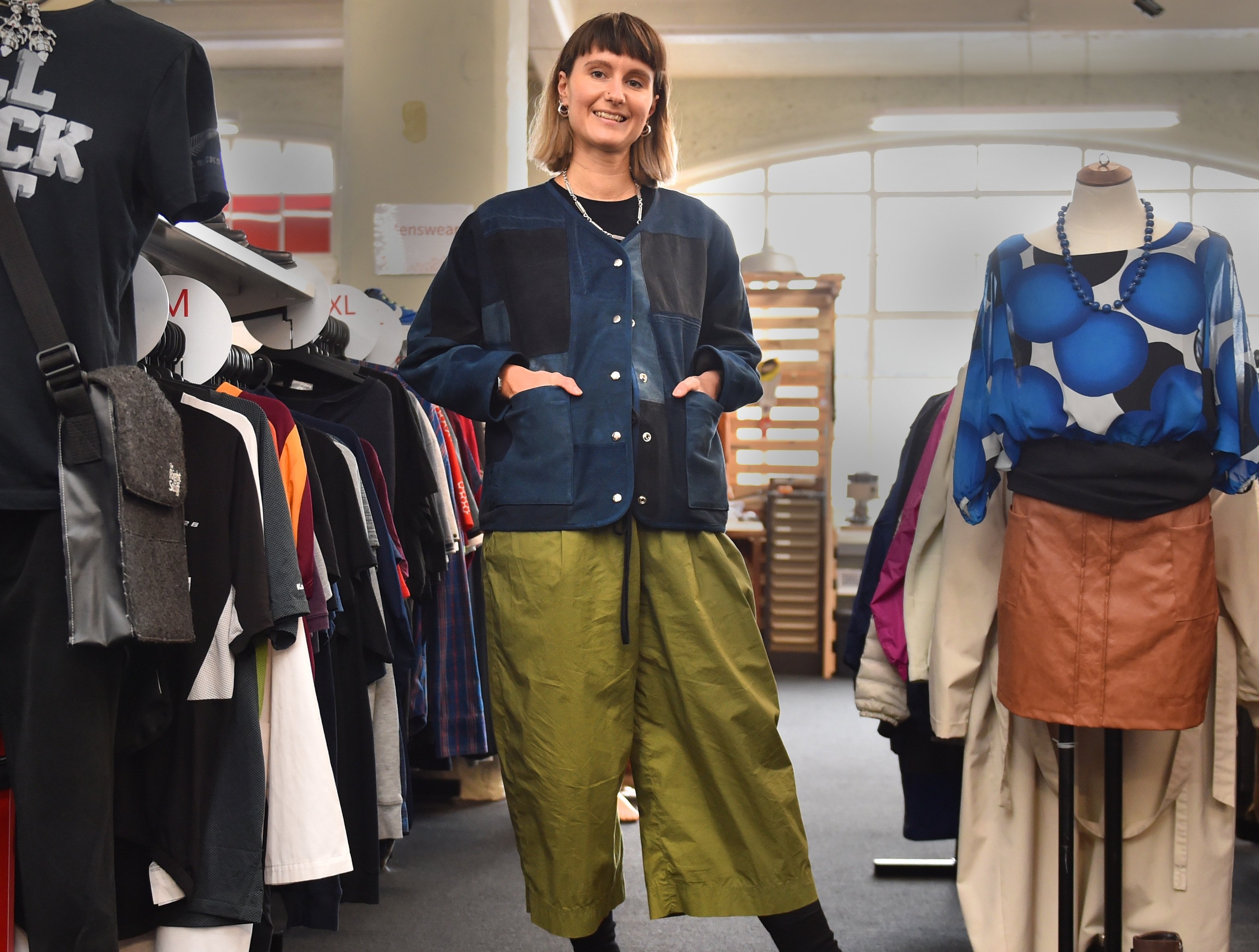 Otago Polytechnic design student Ellen Ross models her upcycling project for an upcoming charity event. PHOTO: GREGOR RICHARDSON
She patched the jeans together in two big squares which she cut the pattern of the jacket from, and also created an optional collar to wear with it.

Unpicking the stitching in the old jeans also created an interesting look to the final piece that she liked - so much so that she planned to make a second jacket for herself.

She was drawn to take part in the project because it aimed to reduce the amount of items going to landfill, she said.

"Those things can be reused and can be upcycled into something desirable again."

"It’s nice to be able to use your skills to support a good cause.

The students’ work will be displayed in the hub from today until Friday ahead of the auction.