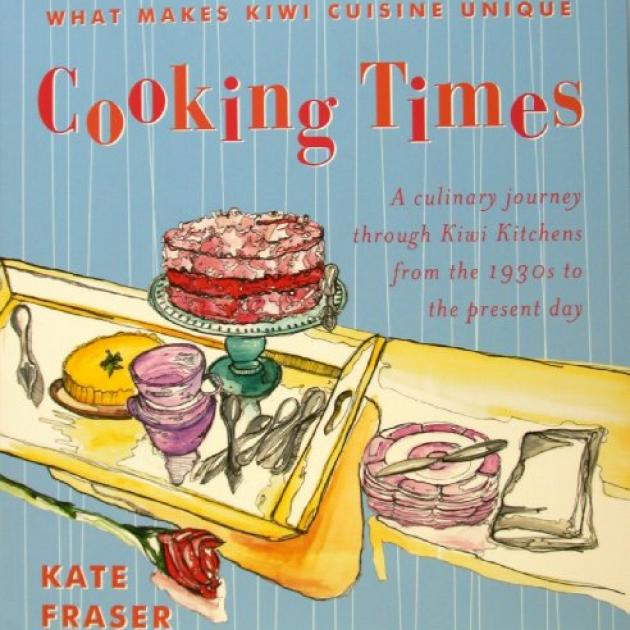 Cooking_times.JPG
One of the most interesting cookbooks to cross my desk (and my bench) recently is Kate Fraser's Cooking Times: A culinary journey through Kiwi kitchens from the 1930s to the present day (HarperCollins, pbk, $45).

Fraser, who lives in Christchurch but was brought up in North Otago, looks at the food of each decade through the eyes of characters who could have been there, based on her own memories and the experiences of her mother, aunt, and grandmother and their recipes.

There's Ettie, living on a high-country station in the 1930s cooking wild duck and rabbit, apple pie and boiled fruitcake; Janet in the 1940s thrilled with a new fridge, May in the early 1950s concerned with afternoon-tea parties; Rosemary in the late 1950s living in sin with a fellow student cooking Greek meatballs; Marion in the early 1960s holding elaborate dinner parties with pate and pepper steak; Dot, from Scotland, in the later 1960s cooking boiled salad dressing and spiced beef for special occasions; Peter visiting London in the 1970s exploring flavours of the world from cheese and lentil pie to Turkish eggplant pockets; Barbara in the 1980s, also in the UK, exploring fine ingredients and returning to open a country restaurant in New Zealand; William in the 1990s, also in the UK, eating out at every top restaurant and returning to New Zealand to run an upmarket pub in a wine town; and in the 2000s a granddaughter and her grandmother, who ran a cooking school and muses on the issues surrounding food today.

The recipes are collected from her mother, aunt and grandmother, and include her own, since she started cooking in the 1950s, she says. She has updated them, making them slightly lighter and converting the measurements. 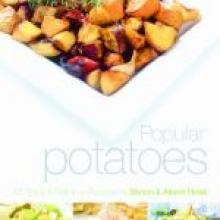 - To mark the International Year of the Potato, Simon and Alison Holst have updated Alison's Best Potato Recipes, published 12 years ago and now out of print. Popular Potatoes:100 easy and delicious recipes (Hyndman, pbk, $25).

Recipes range from soups, salads and snacks to sides and mains. There's a wealth of ideas here, from simple wedges and oven chips to Greek skordalia and Indonesian gado-gado, as well as information on how to choose and cook different varieties of potato, and even how to grow your own. An inspiration for family cooking. 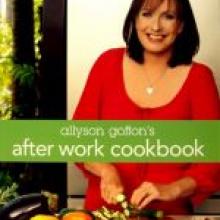 - Alyson Gofton, of the television advertisement ‘‘Food in a Minute‘‘ fame, has published After Work Cookbook (Penguin pbk, $30).

Designed for busy people, the recipes take 15 to 60 minutes to prepare and 10 to 60 minutes to cook (not including time it may take to shop for special ingredients like char-grilled eggplant or seafood chowder).

She gives useful advice on what to keep in your pantry and fridge and makes good use of tinned beans, tinned tomatoes, as well as sauces and flavourings from teryaki and tomato sauce to mustards and curry pastes.

I particularly like her interesting use of spices and herbs, such as coriander spiked beef kebabs with chilli, tomato and cumin salsa, or pork with thyme, fennel and butter beans - although she doesn't say, the photograph shows lemon zest and sage as well.

Her recipes range through Asian, Indian and Mediterranean, and are mostly meat based although there is a section on vegetarian dishes as well as beef and lamb, chicken, pork, fish and desserts. 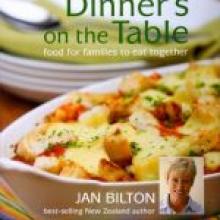 - Another useful book for busy people with families is Jan Bilton's Dinner's on the Table: Food for families to eat together (Bateman, pbk, $25). This is everyday family food that takes 10 to 20 minutes to prepare and various times to cook, depending on whether it's the grill, stir fry, microwave, oven or slow cooker.

Flavours range from traditional New Zealand to Asian, Mexican and Mediterranean, but all are simple, healthy and enticing. It is illustrated with photographs of the food, and families preparing it.

- Shelves in supermarkets and gift shops abound with expensive jars of preserves and chutneys, but it's not difficult to make your own when fruit and vegetables are in season and cheap.

The introduction explains the basics of preserving and there are suggestions for using the various goodies once made. 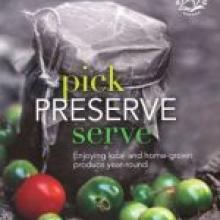 The book is handily divided into seasons so you can find recipes for whatever's around at the time. The autumn recipes include green tomato chutney, dried apple rings, pickled mushrooms, cumin-salted cabbage, water-cured olives, quince jelly and Spanish onion marmalade. 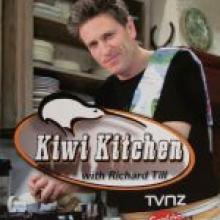 It reflects his quirky, often politically incorrect sense of humour and use of prepared foods like potato flakes and packet stuffing, and lots of recipes from ordinary New Zealanders and some of his own. Good for a touch of nostalgia.