Junk food for everyone 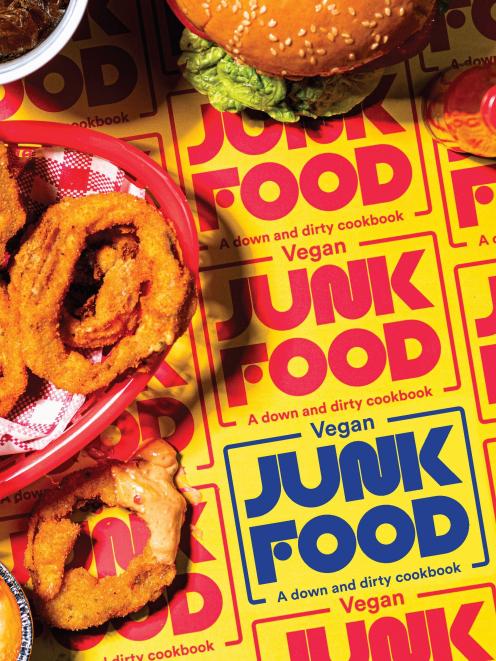 THE BOOK: Vegan Junk Food, by Zacchary Bird, published by Smith Street Books, RRP $45.
Showing people how to make the most indulgent dishes from around the world without using meat is the aim of Zacchary Bird’s latest book.

Bird is a vegan recipe developer and food writer from Melbourne, who first made waves with his recipe for vegan "KFC-style drumsticks".

He is the food editor for Plant Based News and editor for PBNFood, and specialises in the design of plant-based meat alternatives.

So it is no surprise he has authored a book called Vegan Junk Food: A down and dirty cookbook.

"With this book you can transform your kitchen into your favourite fast-food joints or liven up the smorgasbord at parties," he says in the introduction to the book.

He believes those who think they hate vegan food simply have not learnt to cook vegetables properly.

Some might wonder why a vegan would want to go to so much effort to create just the food they aim to avoid.

Bird says food is cultural, and most people crave their favourite familiar meals.

"I’ve heard every reason for choosing a plant-based diet and it’s very rare that someone’s made the switch because they didn’t enjoy the flavours of animal products — so if we can re-create them, why not?"

He believes plant-based food has no limits and proves it with recipes for beer-battered chocolate bars, Philly faux-steak and souvlaki.

There are handy guides to some of the more unusual ingredients used in the book as well as instructions on how to make some of the basics.

To echo the book’s title, chapters are broken into "dips and snacks", "burgers and dogs", "upsize" and "sweets". 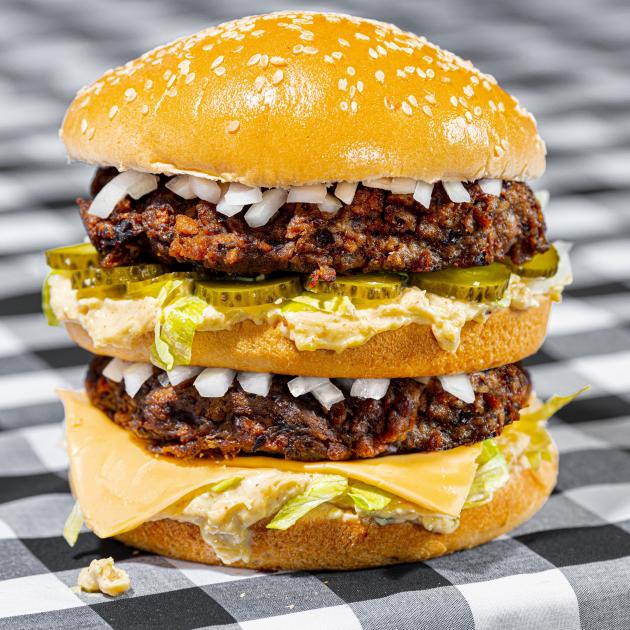 An iconic flavour combination, which I have veganised and bears absolutely no resemblance to a burger with a similar name. It’s all handily wrapped up in a bun so you can eat it on the go while avoiding a cease and desist from a multinational fast-food corporation.

up to ½ tsp smoked paprika

Place the dried shiitake mushrooms in a food processor and blitz to a powder. Add the black beans and process until smooth.

In a large bowl, combine the TVP, reserved aquafaba, ketchup, barbecue sauce and liquid smoke. Mix in the black bean mixture and set aside. In another large bowl, combine the gluten flour, stock powder, onion powder and pepper. Stir the prepared TVP mixture into the dry ingredients until the mixture comes together. Knead until everything is fully combined, adding the extra gluten flour if needed to bring it together into a ball. Divide into quarters and press each quarter into two patties.

Line a baking tray with baking paper and place the patties on top. Sprinkle over 125ml water. Cover the patties with another sheet of baking paper and bake for 1 hour, flipping at the halfway mark and sprinkling over another half cup of water. Check every so often to ensure that the patties aren’t browning up too much — they should be mostly dry by the time the hour is up. Remove from the oven and set aside to cool.

Heat half the oil in a frying pan over medium heat. Add four of the patties and press with a spatula to flatten them slightly. Cook for 5 minutes, then flip and cook the other sides for 5 minutes. Flip again and place two cheese slices on top of each patty. Continue to cook until the cheese starts to melt, then remove from the pan. Heat the remaining oil and cook the remaining patties.

While the patties are cooking, use a bread knife to halve the buns. Four of the top halves won’t be required, so set these away for later use. Lightly toast the buns.

Combine the ingredients in a bowl.

Spread a generous amount of Big Zac secret sauce over the bottom half of four burger buns. Scatter lettuce over the sauce and top with a cheesy burger patty, cheese side down. Add a little onion and place the remaining bottom bun halves on top.

Continue to build the burgers with another round of sauce and lettuce and then top with the pickle and remaining patties. Scatter over the remaining onion and finish with the bun tops. 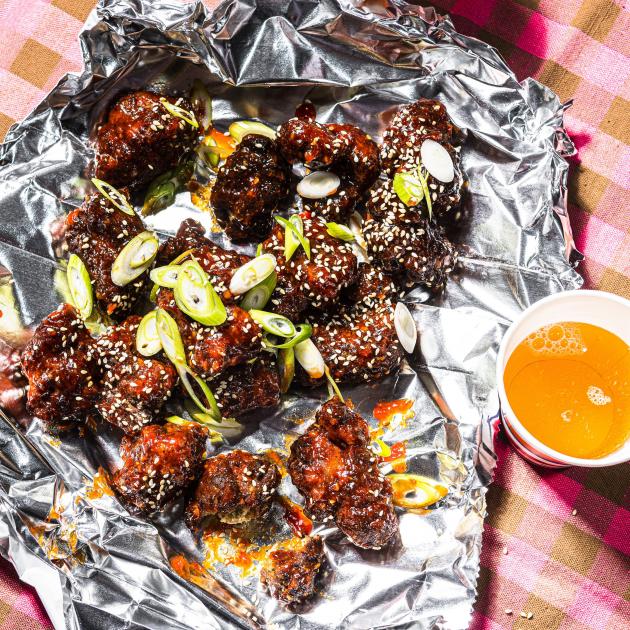 This recipe might be a little time-intensive to make from scratch, but one could argue that it takes a lot less time than raising a chicken. Opting for store-bought seitan or faux chicken and rice malt syrup brings the preparation for this recipe down to less than 30 minutes.

95g gochujang, plus extra to taste

Combine the seitan chunks, ginger and soy sauce in a large bowl until the ginger is distributed evenly and the seitan has absorbed the soy sauce.

In a separate bowl, combine the coating ingredients. Add the seitan, toss to coat and set aside for 10 minutes.

Meanwhile, heat the canola oil in a large saucepan or deep-fryer to 180degC using a kitchen thermometer to assist you.

Toss the seitan pieces again in any remaining coating mixture to achieve a dry exterior. Place immediately into the hot oil and fry for 3-4 minutes to cook through. If the seitan pieces are browning too quickly, remove from the pan and allow to cool before flash-frying again until crisp. Transfer to a plate lined with paper towels to drain and sprinkle with salt.

While the seitan is frying, make the sauce. Fry the garlic in a small saucepan with 1 teaspoon of the hot frying oil over medium heat for 2 minutes. Add the remaining sauce ingredients and simmer, stirring occasionally, until the sauce starts to follow the spoon about, adding a splash of water if you want to make it runnier. This should be ready by the time you take the seitan out of the oil. Taste and add an extra squeeze of gochujang if your friends can handle it.

Put the finishing touches on your masterpiece by using a pastry brush to paint the sauce on to the surface of the fried seitan, brushing as much flavour as you can into the crevices. Or, less artfully, dump the seitan into a bowl and pour the sauce over the top, tossing until fully coated.

Serve with thinly-sliced spring onion and toasted sesame seeds scattered over the top.

Place the chickpea flour, olive oil and 155ml water in a blender and blend until smooth.

Place the miso, Worcestershire sauce, stock powder and 250ml water in a saucepan and bring to the boil. Once boiling, pour in the blended chickpea mixture, remove from the heat and stir vigorously with a wooden spoon until glossy.

Pour the chickpea mixture into the bowl with the gluten flour mixture and stir with the spoon to incorporate. Stretch out the mixture and punch it down, repeating to knead for 3 minutes. The dough should be slightly sticky, stretchy and with visible strands of gluten formed. Pinch off 2.5cm chunks (or your desired size, remembering the seitan will double in size during cooking) and loosely wrap the chunks in food-grade plastic wrap.

Place the seitan in a steamer set over a saucepan of simmering water and steam for 40 minutes, until doubled in size. Remove from the steamer and set aside to cool.

Once cooled, tear the seitan into strips to make shredded chicken or cut into chunks.

To use in recipes

Marinate and cook as you would regular chicken. 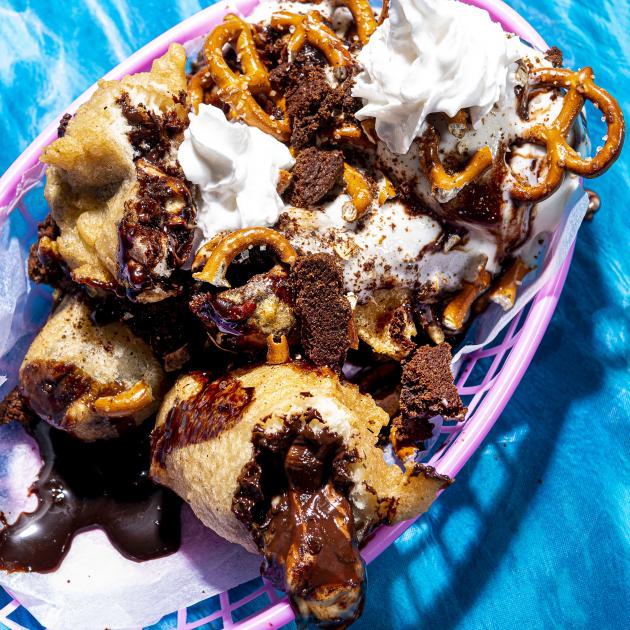 There’s something about a beer-battered, deep-fried block of chocolate for dessert that can’t be topped. But go for it and top it with ice cream as well. This is one of the few recipes that I occasionally look at and think, "Well, that’s a bit much." Eat while sitting down with your next of kin notified, as the calorie coma can set in almost immediately.

4 vegan chocolate bars (about 50g each)

Place the chocolate bars in the freezer for 2-3 hours to firm up.

Heat the canola oil in a large heavy-based saucepan over a medium-high heat. Test if the oil is ready by inserting a wooden skewer or the handle of a wooden spoon into the oil; if it begins to bubble quickly then you’re ready to go.

Place the flour in a small bowl and season with salt and pepper. Toss the frozen chocolate bars in the flour to lightly coat, then remove and set aside on a plate.

Pour the beer into the flour, stirring constantly, to create a batter. You may not need it all, so go slowly until the batter is runny but not so runny that it won't cling to the chocolate. Dip each chocolate bar into the batter until completely coated. One at a time, scoop the bars out with as much batter as you can keep clinging to them, then bravely drop the battered bars into the oil. Cook for 2-3 minutes, until golden brown and crisp.

Remove the chocolate bars using a slotted spoon and drain on paper towel. Serve warm with a sprinkling of fat sea salt flakes, chocolate sauce, chocolate cookies, soy or rice whip and a few pretzels, or whatever sweet garnishes you have lying around. 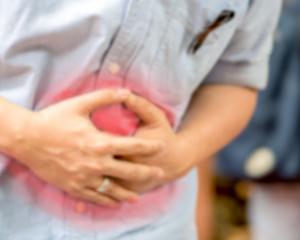 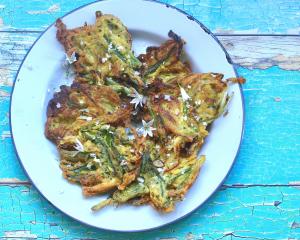 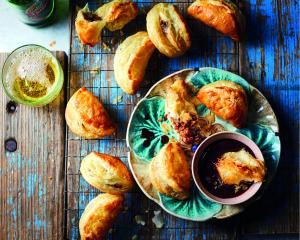 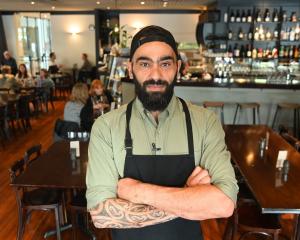 Chef and the city 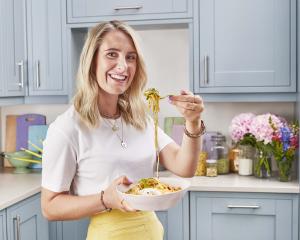 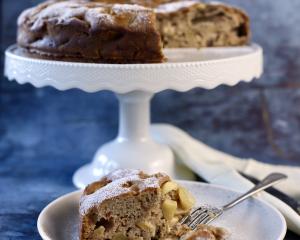 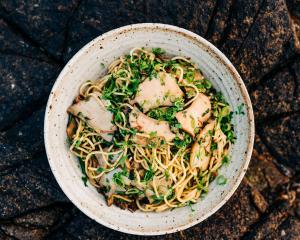 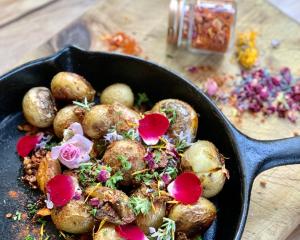 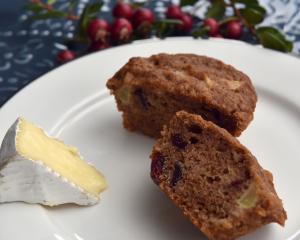 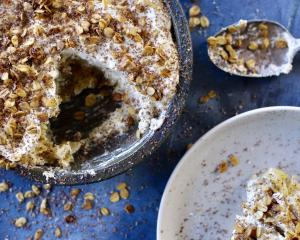 Apples with oats and cream 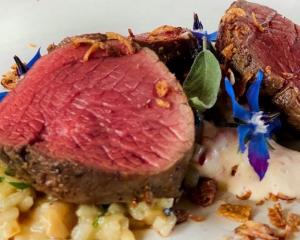 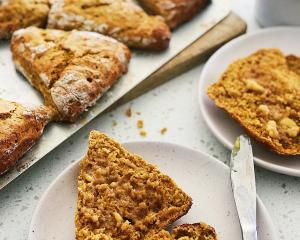