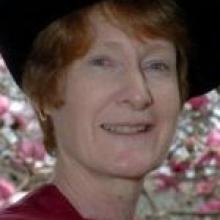 Winsome Parnell
Banning sugar-rich fizzy drinks from schools will do nothing to stop the high levels of sugar many children are getting from powdered fruit-flavoured drinks prepared at home, University of Otago researcher Associate Prof Winsome Parnell says.

The powdered beverages were the drink of choice for many 5 to 11 year-olds.

They were cheaper than milk and often used by families trying to stretch the budget.

Research headed by Prof Parnell and funded by the Sugar Research Advisory Service exploring the relationship between body mass index and the intake of sugars and fat in New Zealand adults and children analysed information from 24-hour food-recall data collected in national nutrition surveys from 1997 and 2002.

In children, 45% of their sugar intake was estimated to be from powdered drinks.

Although the research found that current sugar intake was not associated with being overweight, Prof Parnell said this should not be regarded as a signal people should eat as much sugar as they liked.

The study found those who were overweight had significantly lower intakes of sugar than normal-weight children, but because it only looked at a snapshot of eating behaviour, it did not show what diet had led up to the obesity.

Those who had high-fat diets tended to have lower intakes of sugar and vice versa, Prof Parnell said.

What was needed was research to show whether intake of sugar and fat over time led to changes in body weight over time.

This had not been examined in New Zealand to date, although there had been one-off studies reported from overseas where food consumption and activity patterns differed markedly.

Obesity was complex and it was not possible to identify one factor as its cause.

The next national nutrition survey would indicate the impact of recent education on nutrition.

It was like a puzzle, with each piece of research adding a little more to understanding, she said.

One thing which would be interesting but difficult to explore would be whether acceptance of sweetness changed from childhood to adulthood.