Beauty on a budget 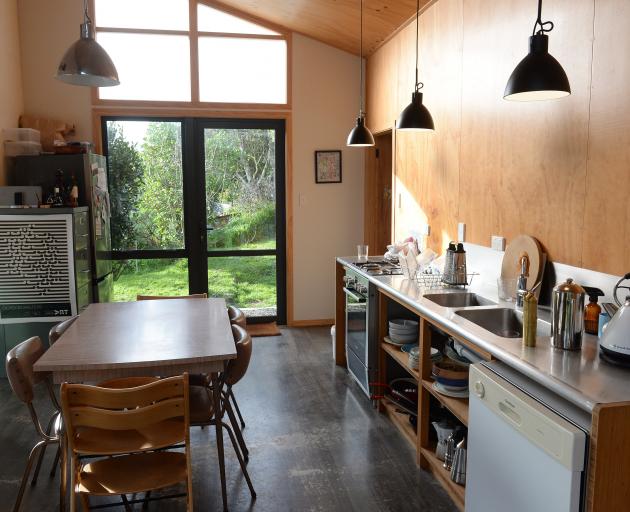 The kitchen-dining area has glass doors at both ends, visually expanding the space into the garden. Photos: Linda Robertson
This modest new build proves that less is more. Kim Dungey reports.

Home ownership is out of reach for many New Zealanders but a young Dunedin family has escaped the rent trap by building a home on a budget.

Their two-bedroom Portobello house with views of Pudding Island and the Port Chalmers skyline cost $175,000.

And with an eye to the future, owners Isaac Hensman and Chloe Ritchie have already framed out openings for a second stage that they plan to complete within the next few years.

The couple and the elder of their two children moved from Auckland to Dunedin in 2014 with no plans to enter the property market. But after only one Saturday looking at rentals, Ms Ritchie found a north-facing plot of land a five-minute drive from her childhood home on Otago Peninsula. 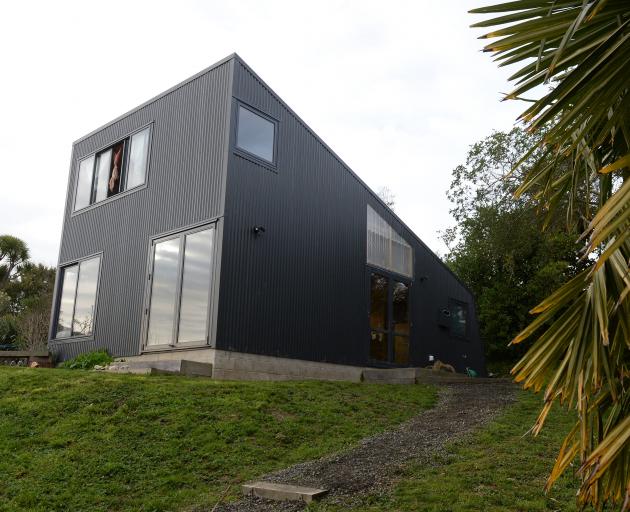 This black-clad Portobello home faces the sun and the water.
Mr Hensman says they immediately fell in love with the tree-lined section.

"Initially we were just looking for a place to rent, and then we realised that with not too much more [money], we could potentially pay for a mortgage."

Before long, they had enlisted the help of Ian Booth and Robin Duval-Smith, of Insite Design, who say the tight site and strict budget called for a small footprint, attention to detail and carefully chosen materials.

The challenge was to design an affordable home that functioned well for a young family but had a point of difference. The most distinctive feature is its shape - the long 17.5-degree mono-pitch roof joins a sloping back wall to transform a simple form into something more dynamic. 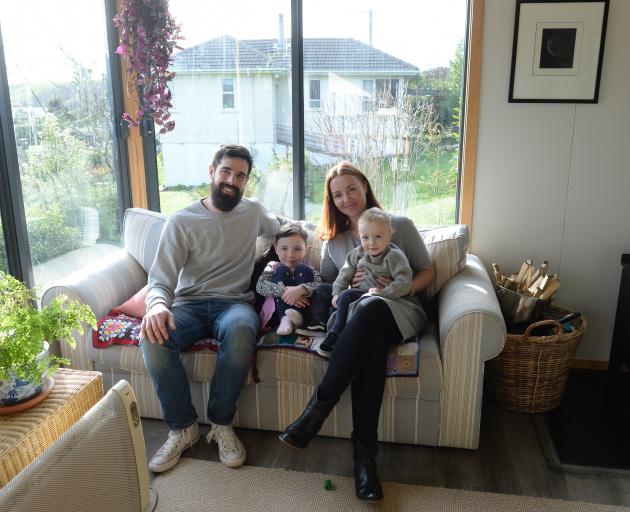 English teacher Isaac Hensman and nutritionist Chloe Ritchie, pictured with their children, Ida and River, say they were drawn to the clean, simple lines of Japanese and Scandinavian interiors.
The entry, kitchen and dining area run east-west across the middle of the house, with full-height glazing at both ends visually expanding the space into the garden. The double-height ceiling and use of ply material on walls and ceiling gives a surprising sense of spaciousness in a house with a ground floor of only 60sqm. 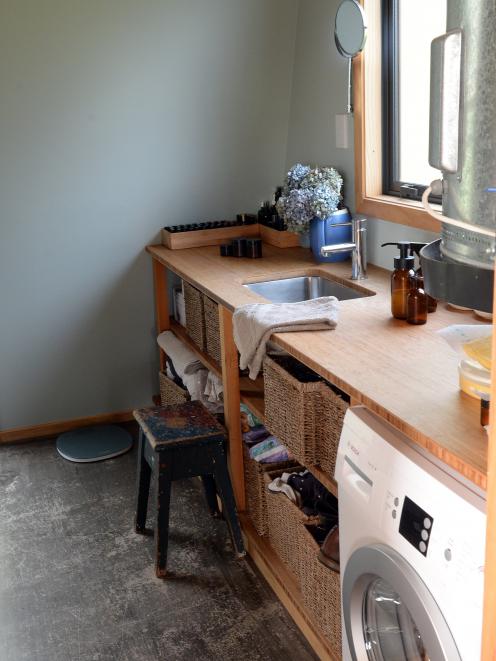 Open shelving features in the simple and functional bathroom.
By contrast, the living area at the front has a lower, exposed-joist ceiling.

Five-year-old Ida and 18-month-old River share the bedroom on the ground floor. The other is upstairs at the apex of the building, oriented towards the sun and the water.

While the owners were focused on affordability and maximising the available sunshine, they also wanted the home to have clean, simple lines and "a bit of personality".

Exposing raw materials, such as lining fasteners and ceiling joists, was a conscious design decision that also resulted in a more economical build.

However, escalating costs have delayed some elements, including "sculptural awnings" off the sides of the house and a balcony at the front, off the master bedroom.

The couple do not mind that the MDF walls are not gib-stopped, as plasterboard would be, saying they are happy to use strong, affordable materials that are practical for a young family. 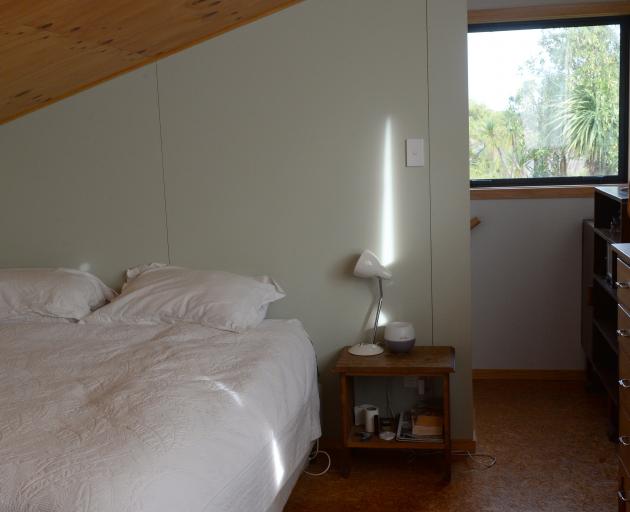 Positioning the bedrooms on different levels and at opposite ends of the home provided maximum separation but was a challenge in the small footprint.
In the second stage of the project, a smaller but similar-shaped building will be constructed to one side of the house to provide extra living space, a work space and one or two more bedrooms. The two structures will be linked by a 2m-long bridge at the upper level and by a deck below. Doors and windows are already framed; the two roofs will slope in opposite directions.

The designers say it is important for owners of small homes to have the option of extending and for it to be "something attractive, not just an add-on".

The pair recently read that building materials here cost significantly more than in Australia, and that New Zealand is the second-most expensive country in the world in which to build. Their advice to those on a budget is to think small and to avoid high-cost finishes and expensive "extras".

"People are bombarded by imagery in magazines and on TV of amazing-looking places and fancy kitchens. We quite like to step outside that ambit," says Mr Booth, adding that the owners possibly could have built something cheaper on the same footprint but the double-height space at the centre of the home makes it "better to live in".

"The ability to create a sense of space in a very small footprint is a large part of what good design is about," Ms Duval-Smith adds. "Using materials that are comparatively inexpensive in an honest way, instead of trying to disguise or cover them, is another aspect of making a build affordable. Paring back helps with costs and people learn there's a nice aesthetic in seeing the structure of their home." 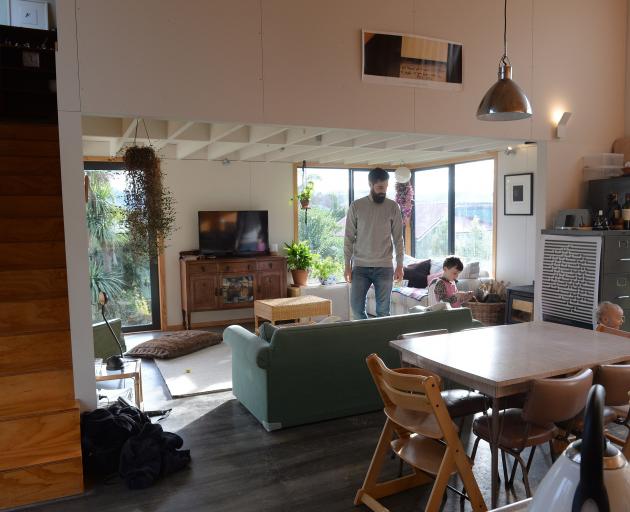 The high stud in the kitchen-dining area contrasts with the low, exposed-joist ceiling of the living area, which overlooks the harbour.
Ms Ritchie says while some parts of their house are "a little bit makeshift at the moment", a lot of love went into its design.

"It's definitely not just a house that's been picked out of a catalogue. The way we've designed it is for us."

It was also a good alternative to buying a house and renovating it over a long period of time: "It's always warm and dry. It's got a really nice feel and we don't have to do anything to it.

"Some people who saw the section said `you can't build a house there for a family - you'll need an underground garage and a rumpus room' [but] people all around the world live in spaces smaller than this.

"And if it's a matter of whether you build or don't build, getting rid of a rumpus room is not really the end of the world." 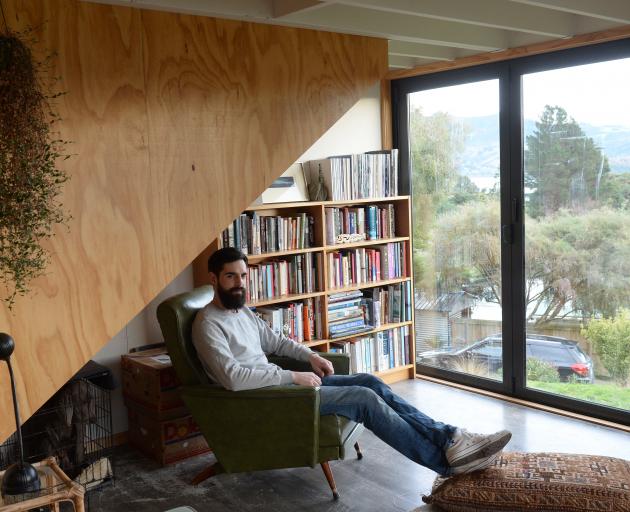 Homeowners Isaac Hensman and Chloe Ritchie kept costs down partly by doing the interior finishing themselves and delaying some things, such as built-in bunks and storage, until later.

"A significant portion of the cost of a build is often the kitchens and bathrooms and we did that as cheaply as possible," Mr Hensman explains.

The stainless steel kitchen bench was one that friends were ripping out of their house. The pantry is a metal filing cabinet. Builder Mac McDonald used bamboo planks to make open shelving.

Ceilings, stairs and the back wall in the kitchen are ply, which is more expensive than plasterboard but does not require gib-stopping. It also doubles as bracing. All other interior walls are MDF.

The house is a simple rectangle, which is cheaper to build than other shapes, and the windows are all standard sizes. The corrugated iron cladding provided the look the couple were after, as well as being affordable.

The ground floor is only 60sqm. The upstairs bedroom sits above about a third of this and takes the total area to 78sqm.

Where windows were removed from the plans to save money, polycarbonate was a cost-effective alternative. Inside, translucent acrylic provides a soft, even light, which reminds the couple of the light that shines through the translucent paper of Japanese shoji screens.

"The digger driver made the section as flat as he could without us spending any more money; then we just left it," Ms Ritchie says. "But eventually there'll be a deck that wraps around [the house] and we'll extend the lawn out too." 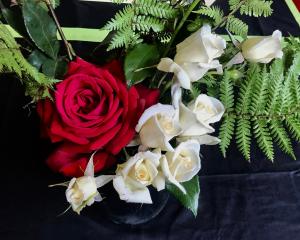 Amazing, exactly the type of build and budget I can work with, good on them