Building character in the South 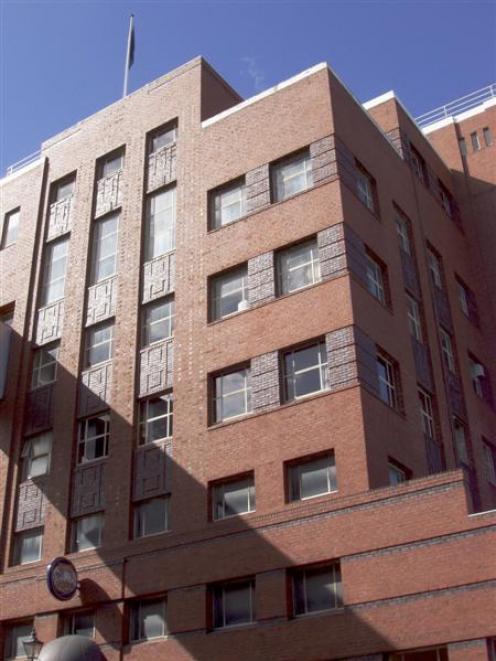 Speight's Brewery.
Dunedin may be known for its Victorian architecture, but architects have continued to design and build remarkable buildings in the South. Charmian Smith looks at an exhibition celebrating southern architecture in the past 100 years.

Architecture in the South is as varied as anywhere else, as an exhibition opening at Otago Museum tomorrow shows

The southern branch of the New Zealand Institute of Architects is celebrating its centenary with "100+", an exhibition at Otago Museum featuring buildings around Otago and Southland designed by architects working in the region between 1908 and today.

Until the institute introduced a registration process, anyone could call themselves an architect, says Michael Findlay, who has curated the exhibition.

He features the work of southern registered architects over the past century while acknowledging other key buildings designed by architects from outside the region, such as the Dunedin Railway Station and the dental school.

After World War 2, when the economy started picking up, people felt Dunedin had to smarten up and progress, so many older buildings were demolished in the 1960s and '70s to make way for modern ones.

There were even proposals to demolish the Municipal Chambers (eventually only the tower was truncated) and the university clock tower, he said.

"However, after Ted McCoy and Gary Blackman produced Victorian city of New Zealand; photographs of the earlier buildings of Dunedin in 1968, values started to change.

Architects began to design buildings more in sympathy with their surroundings, like the Invercargill Railway Station, or Ted Heath's Royal Albatross Centre at Taiaroa Head, he said.


Moana Pool (1964)
Moana Pool was built on the Town Belt site of the Moana Tennis Club in 1964 and was designed in the Dunedin City Council engineers department by Bill Hesson and Ian Ballantyne.

Much thought was given to technical considerations of ventilation, temperature control and noise.

The final project included a main pool of Olympic standards and a diving pool 13.4m by 7.3m wide with two 1m boards, a 3m board and a 5m platform.

The Learners Pool was completed in 1965.

A restaurant was also added that catered for up to 120 people.

The Speight's building with its superb brickwork is similar to those built in Britain for the Guinness brewing company.

While the technical systems for the brewery were English, the design of the building was unique to its challenging site.

A beer-barrel-shaped terminus to the chimney was a light touch.

The design uses a stark set of forms and a restricted colour palette that draws attention to itself in an otherwise conservative suburban context.

Privacy for the owners is ensured by raising the living area above the rolling sea of tarseal which is used here for its expressive potential and contrast with the vertical walls and screens of the house.

Salmond used the house as a showcase for his handling of complex details. The interior featured delicate fretwork and intricate panelling. A small bathroom under the main stair was top-lit through a glass ceiling.

Built on a narrow site close to the city, the house rises three levels and had a separate studio accessible from an elevated walkway over the kitchen roof.

Only two rooms wide at most points, the house was entered from the side, avoiding the need for a long hallway.

The reinforced concrete structure allowed long bands of windows that reveal the supporting pillars behind.

McDowell Smith's first proposal for the building in 1946 featured a circular board room in the corner tower but this was simplified in the built scheme.

Built in 1909, it was planned using a sequence of interlocking circles and rectangles.

This geometric handling of space was an example of French influenced Beaux-Arts design.

Expansive and open rather than small and enclosed, the shelter offers a place to rest and prepare, as well as to orient the traveller to the next part of the journey.

The exposed steel structure and simple roofline is sparse and athletic, providing a strong visual connection between the purpose of the shelters and activities on the Routeburn Track.

High on the windswept south head to the entrance to Otago Harbour, the centre joined existing structures including a lighthouse and 19th-century military fortifications.

Heath's weatherboard-clad, gabled form with its close-fitting roof took ideas from the local vernacular farm buildings of Otago Peninsula, and the raised circular windows indicate the purpose of the building as an observation site for the Royal Albatross colony.

- "100+: Southern Architecture then, now and next", which includes displays of domestic interiors and architects' offices of various periods, is at Otago Museum from April 25 to June 5.