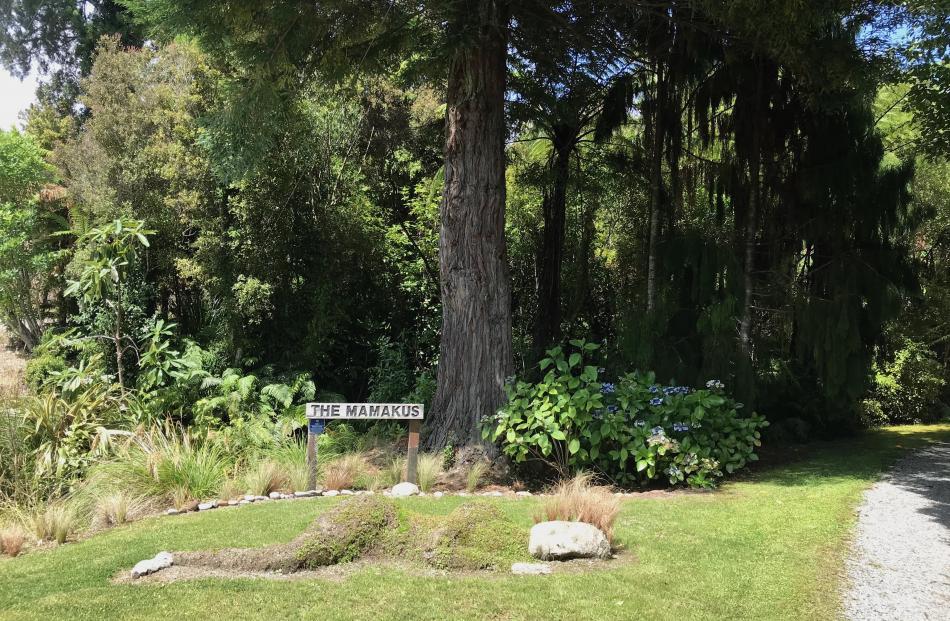 The entrance to Wendy and Robin Ross’ garden is lined with native trees. 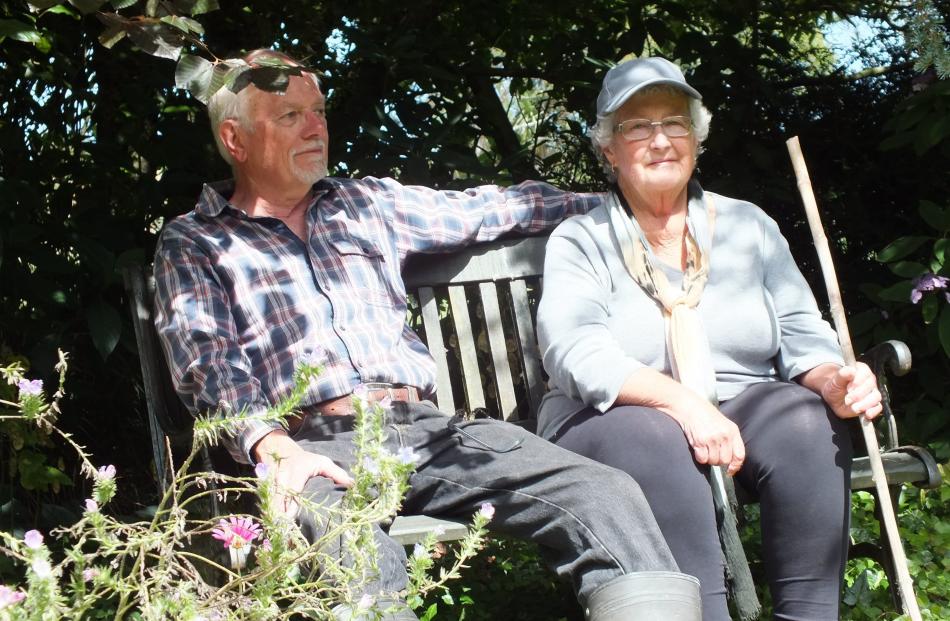 Robin and Wendy Ross take a break on a seat by the pond. Photos: Gillian Vine 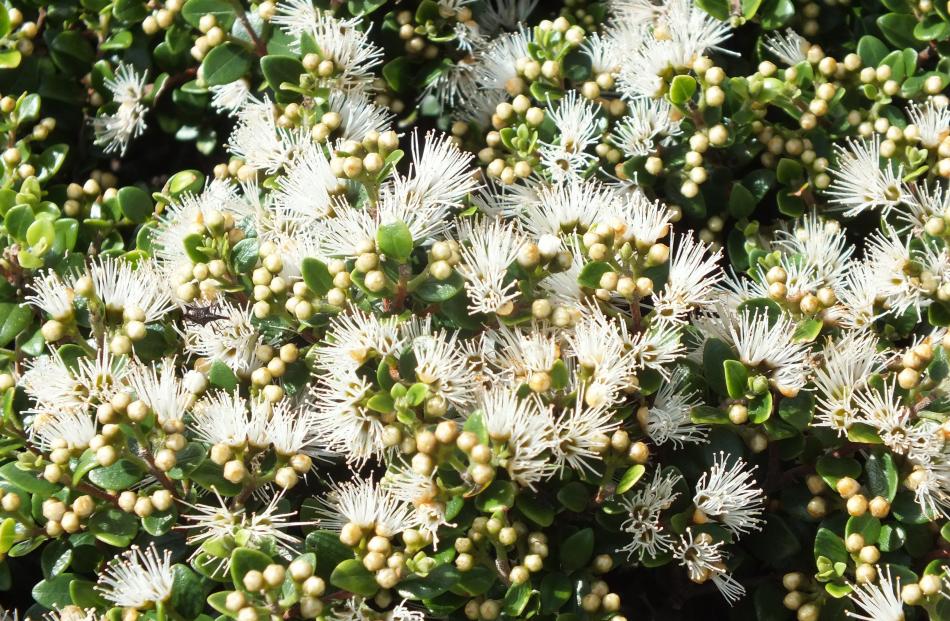 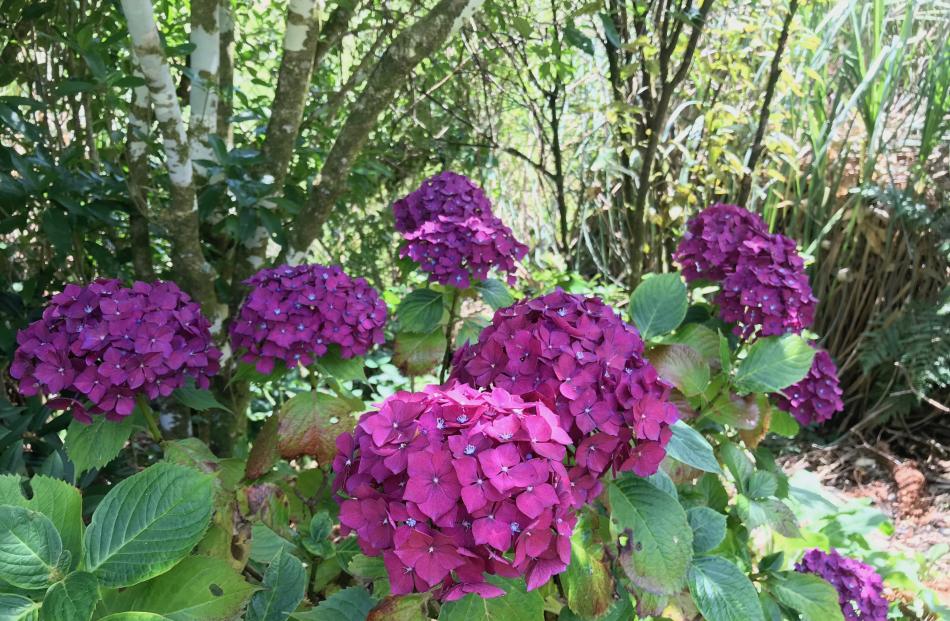 Hydrangeas grown on the West Coast have intense colour. 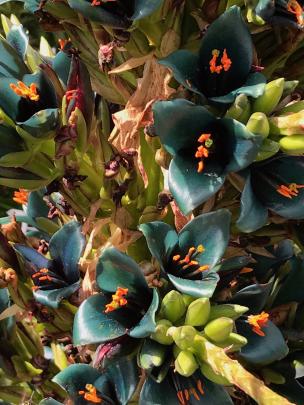 Gillian Vine falls in love with a West Coast garden.

What I cannot understand is why almost invariably those who promote New Zealand’s great gardens ignore the West Coast’s fine gardens.

Take, for example, The Mamakus, the Paroa property of Wendy and Robin Ross. It’s a splendid garden on the outskirts of Greymouth and I would have missed it but for my hosts.

Stephen and Jan Roberts, of the Breakers boutique accommodation, didn’t just recommend The Mamakus but went the extra mile, arranging the visit and taking me to view the garden.

A winding drive through native trees and the black tree ferns, which give the property its name, ends by the house where I almost fall out of the car in excitement. There, against a wall is a plant I’ve seen only once before, in Croatia, and I never knew it existed in New Zealand. 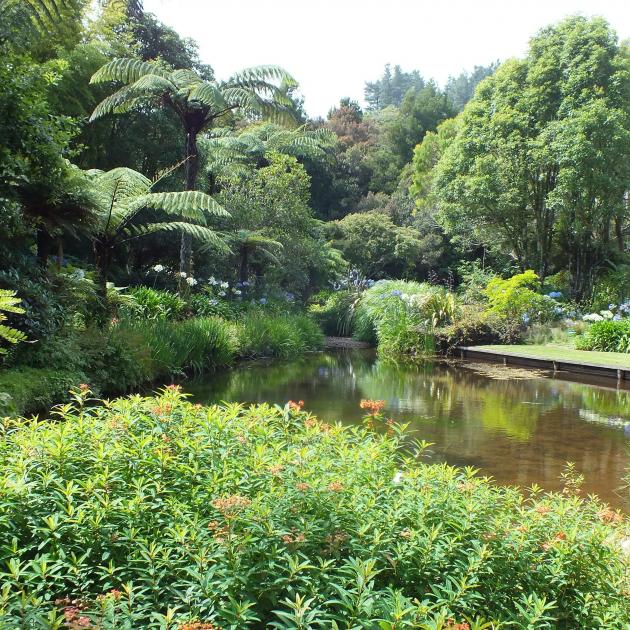 The large pond is a focal point at The Mamakus. Photos: Gillian Vine
A member of the bromeliad family, Puya x berteroniana has spikes of bright turquoise flowers, quite unlike anything else I’ve ever seen.

Wendy’s parents had one and it grew well on the hills above Christchurch, she says.

"Mine is about 15 or 20 years old and always been a talking point."

She and Robin came here in 1985, building their home on the highest part of the 6.5ha block.

Below that, "it was just flax swamp".

Draining was the priority, using a "hollow and hump" technique. It took 27 truckloads of gravel for a drainage platform — now a hot, dry garden — and they created a large central pond, now the focal point of the garden. Robin built a weir and drainage creek, very popular with local eels.

In those early days, when they couldn’t afford to buy much, Wendy "scrounged" roadside plants, including crocosmia and agapanthus. Now regarded as weeds, they still perform useful filler roles and deadheading keeps the agapanthus from becoming invasive.

"I planted all the trees," she says, admitting that 30 years on she now regrets some of her choices, as they grew much bigger than anticipated. 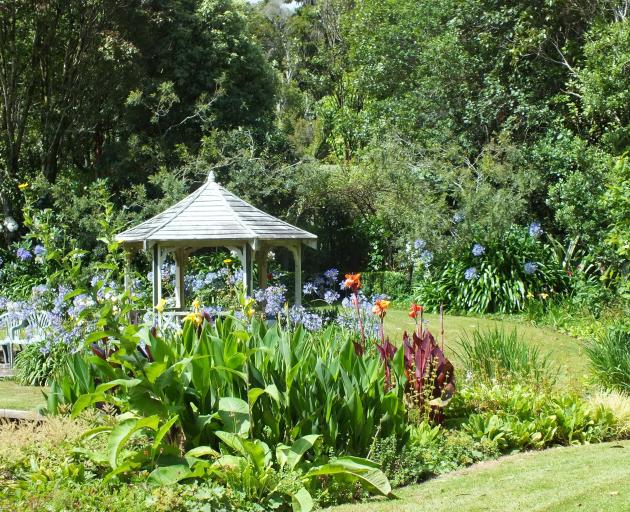 The gazebo looks across to the pond.
The high rainfall also suits the white rata vine (Metrosideros diffusa), which is in full bloom in February and popular with bees.

Native bush encircles the garden, then there is an inner ring of smaller trees and shrubs, like magnolias, michaelias, rhododendrons and hydrangeas. The West Coast’s soil intensifies hydrangea colour with blues and pinks unlike any you’re likely to see elsewhere.

"I have a lot of rhododendrons, though not as many now, as I had about 300 at one time," Wendy says.

Some have produced seedlings, much to her delight, and she points out seven babies under the lovely Spiced Honey. The only drawback is waiting up to 15 years before the youngsters flower.

Around the pond, along the creek and by a smaller pond near the drive are numerous moisture-loving plants — Euphorbia Evening Glow ("lovely but very invasive"), Japanese and siberica irises, tall yellow-flowered elecampane (Inula helenium), alstromerias in every imaginable colour, hostas ("We don’t have snails here"), candelabra primroses and South African red root (Wachendorfia thyrsiflora), the latter once used for a red-brown dye.

Wendy now has assistance in the garden, saying: "I think you have to do that to keep things going."

With the help of gardener Margaret Clayton, she keeps on top of all the maintenance, planning and replanting, ensuring The Mamakus remains a splendid example of a West Coast garden.